The weaker the Belarusian economy grows, the more political difficulties Lukashenka will have to contend with. 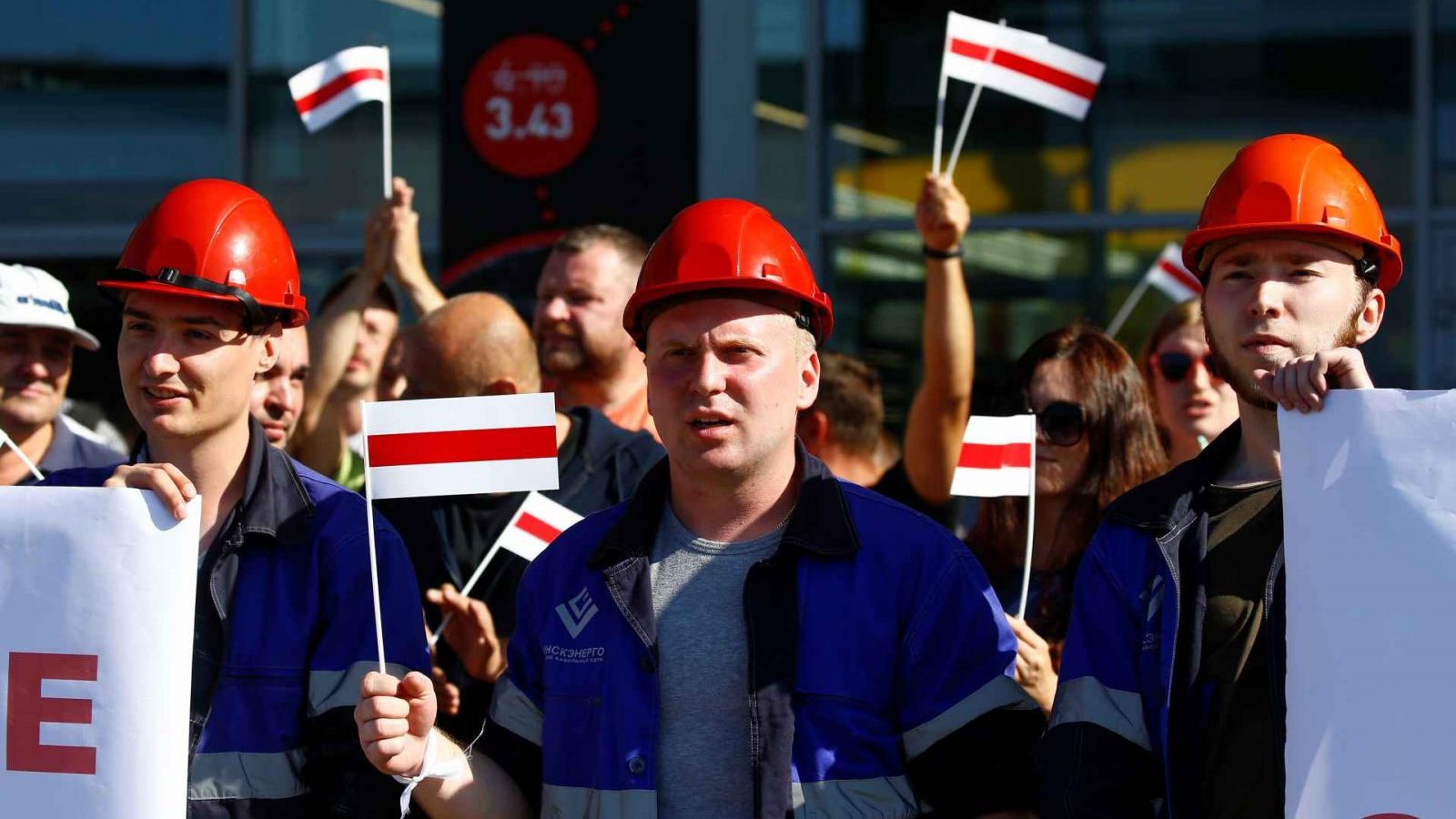 The strategy of Belarusian President Aliaksandr Lukashenka and his security services has been to eradicate dissent and preserve power at any cost. Whilst this has succeeded in downscaling popular protests, it has ignored the mounting problems in the Belarusian economy. Yet that is exactly where the regime’s greatest vulnerabilities lie.

Belarus’ economy has done poorly over the past decade. Average economic growth has stagnated at around 0.6% since 2012, and the monthly wage has failed to exceed the $500 benchmark that Lukashenka pledged in 2010 (the current median wage is $370). Belarus’ GDP per capita ($6,663) is less than half that of neighboring Poland or Russia. The economy suffers from multiple imbalances — a large inefficient state-owned sector, low productivity, a poor business climate, unsustainable finances, and a lack of macroeconomic stability. It largely depends on the Russian market, as well as on Russian hydrocarbons.

2020 hit Belarus with a double whammy: the coronavirus pandemic and then the political crisis following the flawed presidential election, which unleashed large-scale repression that has hampered economic activity and dried up international cash inflows. As a result, the Belarusian economy is now facing a number of acute problems that may become critical even in the short term.

Troubles in the public sector…

The situation in the state-owned sector that dominates key industries is alarming. Even flagship companies are sustaining losses. For example, Grodno-Azot, a major fertilizer and chemical producer, posted a $32m net loss last year. Despite the pledge to abandon directed lending to the public sector, the government has extended it until 2023, and the amounts tripled last year. Problem loans at state-owned companies account for about 15% of all credits in the banking system, and about 5% of total credits are unlikely ever to be repaid. Indebted companies have been instructed to issue bonds, which are in practice worthless and only create problems for their creditors.

… and in the banking sector too

The banking sector not only suffers from the spill-over effects from the public sector but faces problems of its own, first and foremost liquidity shortages. Over the past 12 months, people withdrew about $2bn from their bank deposits, and the trend continues. The National Bank, Belarus’ central bank, fearing that people would rush to buy hard currency and thus trigger ruble depreciation, halted liquidity lending to banks. Banks can replenish liquidity only at special auctions, at which demand significantly exceeds supply — sometimes the National Bank satisfies only a few percent of the demand.

Lacking sufficient liquidity, banks have had to cut their loan portfolios, while the interest rate on remaining credits has in some cases reached as high as 30%. This not only depresses economic activity but can also lead to a cashflow crisis for companies, which carries risks for both the real economy and the financial sector.

Inflation has been rising since the end of last year and reached 8.6% in April year-on-year. The central bank belatedly raised the nominal interest rate only to 8.75%, having faced pressure from the government and managers of state-owned companies, whose loan interest is fixed to the National Bank’s interest rate. The government is trying to control inflation instead by freezing prices and limiting imports. However, such measures only serve to heat up inflation even more, as suppliers raise unregulated prices to make up for their losses. For example, prices for some foodstuffs have risen five-fold.

The Belarusian ruble lost 22% against the U.S. dollar last year and is projected to weaken further, due to higher inflation in Belarus than in its trading partners. In addition, the National Bank is under strong pressure from the presidential administration to print extra cash to stimulate the economy, as it cannot rely on other drivers of growth.

Last year, the National Bank spent a record $1.9bn on stabilizing the national currency. Belarus’ gold and foreign currency reserves amount to only $7.2bn, of which only $3.3bn are liquid assets. The latter sum is also how much Belarus needs to spend this year on servicing and repaying its foreign public debt, in addition to figuring out how to finance the projected budget deficit of 3.5% of GDP (approximately another $2.5bn). While over the past decade, the government has always managed to refinance its external debt (over 90% of which is denominated in U.S. dollars, which is risky for Belarus’ small economy), this year, it is proving more difficult to do so.

Credit from international financial institutions, such as the IMF or the World Bank, is not on the agenda, as Belarus has not carried out the structural reforms agreed during the previous lending programs. Nor would it be possible today on political grounds. Borrowing on international financial markets is also unrealistic: Belarus has to pay 9% or more to lure investors, a very high rate caused by heightened political risk.

Russia, Belarus’ main creditor, has set political conditions for further credits. For example, the Kremlin has not given the much-hoped-for $3bn left from the loan for the Astravents nuclear power plant construction — possibly because Lukashenka has so far refused to host a Russian airbase on Belarusian soil. China’s loans are usually tied to its investment or trade promotion projects. Although China might perhaps agree to a loan with Belarus’ companies as collateral, that would be the last resort for Lukashenka.

An economic downturn is inevitable

Even if the regime found extra cash this year, economic problems would continue to snowball. And without extra cash, Belarus’ international reserves would quickly dry up: according to some estimates, they may fall to between $300m or be completely used up by the end of the year. In any case, the economic outlook for Belarus is grim. The IMF and the World Bank predict a GDP decline this year by 0.4% and 2.2% respectively — against the backdrop of 4% growth expected in the world economy. If the government fails to curb inflation and lower currency depreciation expectations, the recession will be even deeper. The weaker the Belarusian economy grows, the more political difficulties Lukashenka will have to contend with.