Aliaksandr Lukashenka now has a Russian army camped on his front doorstep. He’s not yet their captive, but his room for maneuver is narrowing 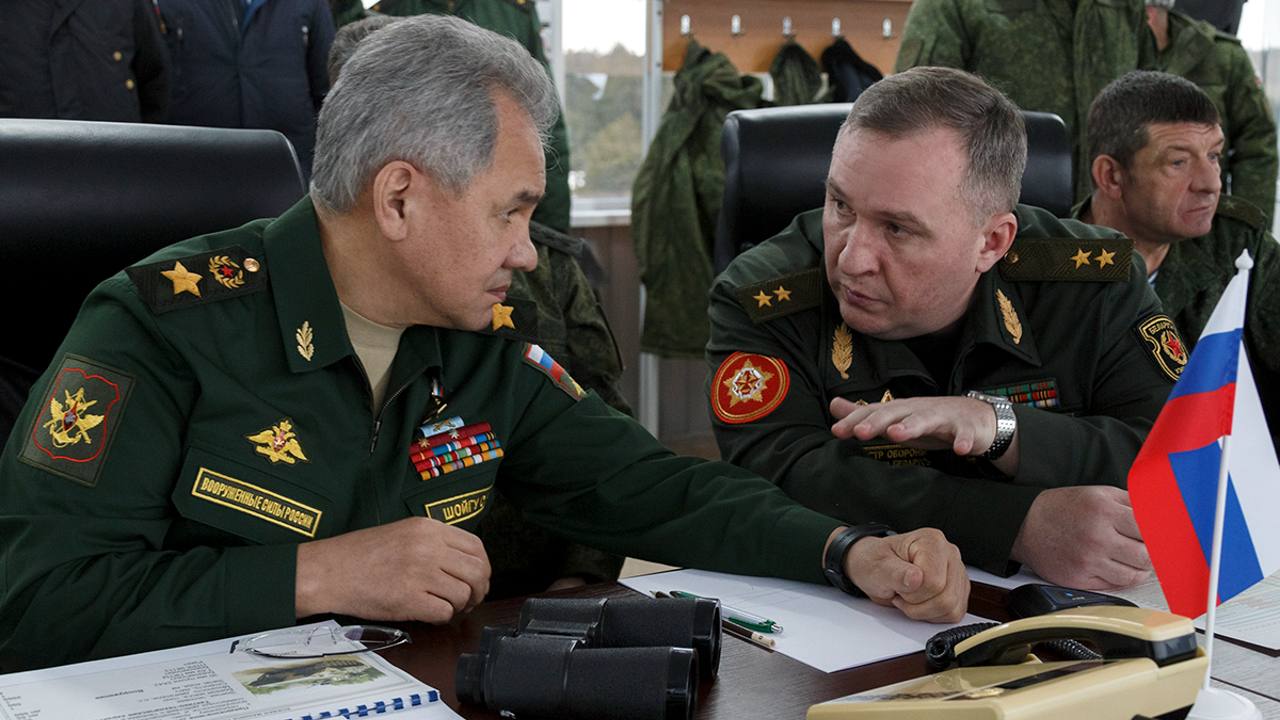 The fears of NATO’s entire eastern flank have come true. Tens of thousands of Russian troops deployed in Belarus as part of the Allied Resolve exercise will remain indefinitely, changing the strategic map.

The joint exercises started on February 10 and were supposed to end on February 20. In the meantime, Belarus Foreign Minister Uladzimir Makei gave assurances that “not a single Russian soldier or a single unit of military equipment will stay on the territory of Belarus after the drills.”

As it turned out later, his patron was more honest. The Belarusian dictator Aliaksandr Lukashenka directly admitted that the decision to withdraw Russian troops doesn’t depend on him, but was to be made during a meeting with Putin: “This is our business with Putin. We will meet in the near future and we will make the decision as to the timeframe and schedule for the withdrawal of the armed forces of the Russian Federation. This is our business.”

Finally, following Lukashenka’s two-day visit to Moscow, on 20 February, Belarus Defense Minister Viktar Khrenin officially announced that Russian troops will remain indefinitely “due to the increase in military activity near the external borders of the Union State and the escalation of the situation in the Donbas”. Chief of the General Staff Viktar Hulevich went even further, effectively admitting that the withdrawal of Russian troops would depend on the West’s response to Russia’s ultimatum, primarily on the reduction of NATO presence in Poland and the Baltics.

The exact number of Russian troops in Belarus is unknown, although NATO estimates the figure at 30,000. Belarus claims that the numbers don’t exceed the notification threshold set by the OSCE Vienna Document (13,000 troops), adding that some Russian units are not to joining the exercises, but have been deployed to help “guard” the Belarusian-Ukrainian border, so the Vienna Document doesn’t apply to them. Moreover, Russian troops have continued to arrive in Belarus even after the official end of the exercises, including not only army units but also units of the Russian National Guard.

These developments cannot yet be called an occupation, since technically Russian troops remain in Belarus as part of an extended but temporary combat readiness check, but they are indicative of a dramatic decline of Lukashenka’s autonomy over the past year and a half, who is now forced to sacrifice his own interests for the benefit of the Kremlin.

The permanent presence of Russian troops, as well as the recognition of the independence of the Eastern Ukrainian Russian-occupied statelets, not to mention the war in Ukraine, are not in Lukashenka’s interests. His modus operandi towards Russia can still be described by the old formula of “oil and gas in exchange for kisses.”

Lukashenka benefits from the limbo state of “neither war nor peace” between Russia and the West that has been established over the past year. It allows him to make belligerent pro-Kremlin statements, showing that he is the most important and reliable ally, in return for tangible economic support, but without taking any real action. But when tensions escalate into an open conflict, and the Kremlin demands Lukashenka deliver on his promises, it makes him very uncomfortable.

The permanent presence of Russian troops means that Lukashenka no longer has full control over his territory. That’s why he always stresses that there is no need for permanent military bases in Belarus. In his view, joint combat training centers (Lukashenka wants Russia to create another one with SS26 Iskander nuclear-capable tactical ballistic missiles, on top of the existing air force and air defense centers) and the deployment of Russian ammunition and military equipment without personnel are more than sufficient. Lukashenka would be much more comfortable if Russian troops would leave Belarus, but in the current circumstances he cannot afford to confront Putin.

However, confrontation is still possible, as recognition of the independence of the Ukrainian puppet states is even less beneficial to Lukashenka than the presence of Russian troops. Quite apart from the loss of face, alienating Ukraine comes with a steep financial price tag since Belarus has maintained good economic relations. So far, the regime has remained silent on the issue. But the recognition of the breakaway republics would essentially mean the end of Lukashenka’s autonomy and his transformation into a full-on Russian vassal, acting in Russia’s interests and against those of both Belarus and its leader.

Tadeusz Giczan is a London-based journalist, a Ph.D. candidate at the University College London, School of Slavonic and East European Studies, and is a non-resident fellow at the Center for European Policy Analysis (CEPA)