Are Putin’s Oligarchs Ready for War?

How prepared is President Vladimir Putin's inner circle for the consequences of a “big war,” inevitable sanctions, and a complete breakdown in relations with the West? 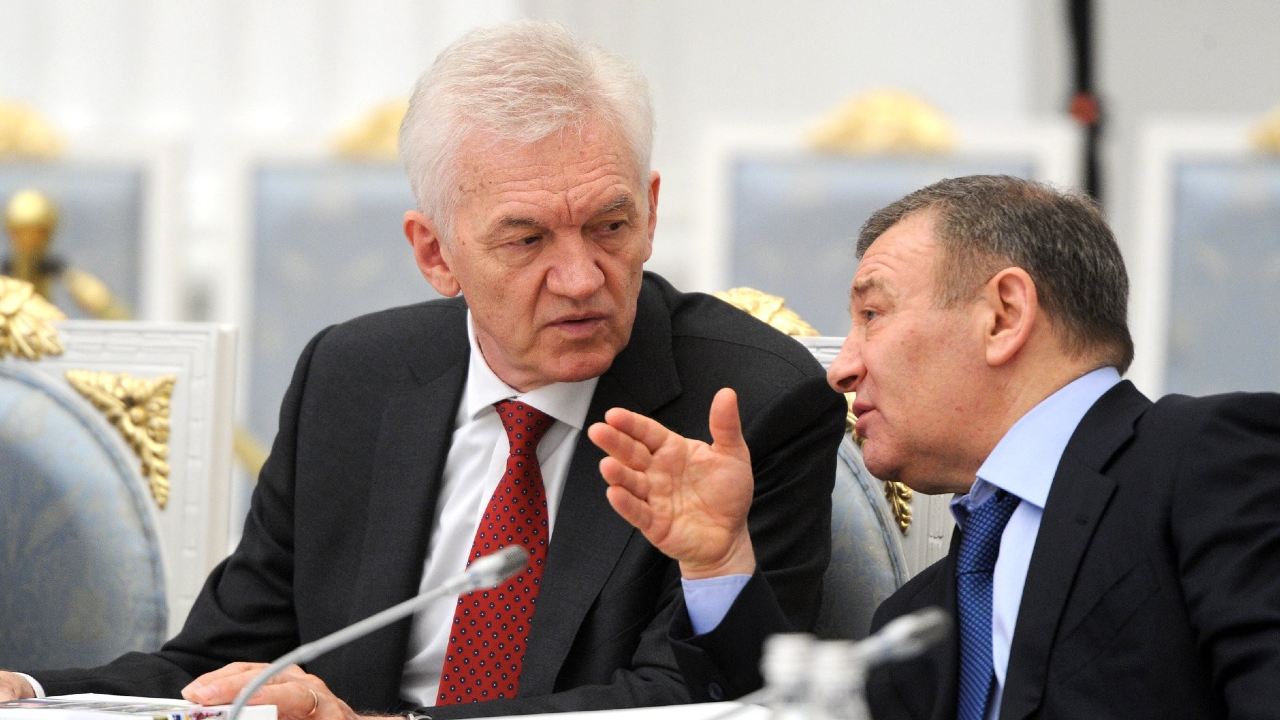 Photo: Oligarchs Gennady Timchenko and Arkady Rotenberg attend a meeting in the Kremlin in 2015. Credit: Kremlin.ru

With 100,000 combat personnel and their equipment deployed menacingly around the borders of Ukraine, the focus of the world is on diplomatic and military developments. But for Russia’s super-rich, the (mostly) men whose money is protected and often directed by the Kremlin, the focus will be elsewhere: they will ask, “Will this latest Putin-generated crisis bring a wave of wealth-dissolving sanctions from the West?”

Experience suggests their enthusiasm for war and its fallout is not so great. The West’s use of personally targeted sanctions in previous years caused Putin’s oligarchs a double blow — first, from Western sanctions, and secondly, from the Kremlin, which then tries to circumvent the sanctions by nationalizing the assets of those close to it.

This nationalization — sometimes referred to as “sanitization” — is carried out under various pretexts, including under the guise of “financial recovery” and reorganization procedures. That is what happened at the end of 2017 with the former owners of Promsvyahzbank, a private lender which was badly hit by the 2008 financial crisis and by Western-imposed sanctions. The owners, the Ananiev brothers, said the takeover was politically motivated. The state claimed the bank had engaged in a wide range of serious criminal and rule-breaking activity amounting to almost $1.5bn, but as financial analysts noted, criminal cases against the former owners were never initiated.

The following year, the state decided to turn the nationalized Promsvyahzbank into a lender for the defense-industrial sector, run by Petr Fradkov, who previously worked for VEB, an unlicensed lender used by the Kremlin as a slush fund. Analysts said the new Promsvyahzbank bank was designed to help big Russian lenders with access to Western capital markets avoid sanctions.

The oligarchs worry about more than their businesses. Russia’s super-rich— as Putin himself has sourly noted — keep their money and spend their money in the West. That is partly because they have homes in the business and glamor cities, and because their families use Western shopping centers, leisure facilities, and schools, while their businesses are protected by bodyguards in the form of Western lawyers and accountants. They also depend on the Western rule of law to protect assets subject to seizure in Russia (see above.) As former US State Department official Alexei Sobchenko noted: “For these people, nothing is worse than to be cut off from the West and its benefits,” and therefore the likelihood that they will do anything to avoid being on the new sanctions list is very high.

This is unsurprising. Modern Russia is built on the shifting sands of betrayal. The authors of an article published in Novye Izvestiya in 2019, argued that the structures of Russian power, the entire culture of modern political life are literally saturated with “cyanide of betrayal”, and betrayal is “the fastest social elevator of the Russian elite.” Obviously, Putin himself is aware of this risk, realizing that many in his entourage are unlikely to remain loyal if there is a real threat to their property in the West.

These fears are revealed by propaganda on Russian TV. For example, in March 2018, Ren TV broadcast an item entitled, “Honey, a stick and a carrot: how foreign agents recruit government officials.” The entire 14-minute story was devoted to the security risk posed by Russians with children or property abroad, which it said provided foreign intelligence services an opportunity to recruit. The piece concluded that it is simply unacceptable for a Russian official or politician to have assets in Europe or the US. At the same time, Russia’s propagandists warn that the authorities are ready to find and destroy traitors in any country in the world. It is possible some oligarchs would understand this as a threat to kill.

And there are events that might fuel those fears. For example, the founder of the Russian media and propaganda empire, RT, was found dead in a Washington hotel in 2017. According to journalists, Mikhail Lesin’s demise might have been an assassination by the Russian intelligence agents, who were afraid of his possible cooperation with the FBI. Lesin had real estate in California, and his wife, son, and daughter worked in the US.

The Kremlin’s paranoia is not limited to the oligarchs. It is also reflected in constant “purges” of the power apparatus and the “vertical of power.” For example, April 2019 was marked by large-scale purges and arrests within the ranks of the Federal Security Service (FSB). This “cleansing” also affected the Ministry of Internal Affairs. As journalists noted, the round of arrests of “Chekists” was meant to “restore balance” between competing Russian power blocs. Since 2015, most arrests and prosecutions have targeted regional governors. These are usually justified by allegations of bribes and fraud, but many Russians suspect that the real reasons are suspicions of disloyalty among regional leaders, as well as the center’s attempt to frighten other officials. In all likelihood, the arrest of Khabarovsk Governor Sergei Furgal in 2020 was another example of this trend.

Perhaps as a result of Putin’s pre-emptive attacks, the chances of a palace coup by officials, secret services, and (even more so) the oligarchs, was unrealistic. For all the inconvenience created by Putin’s politics, Russia’s elites understood that the incumbent president was the last protective layer separating them from the “people’s wrath.” As Russian and German sociologists noted back in 2004, the word “oligarch” in Russia was akin to a curse word. At the moment, against the backdrop of worsening socio-economic stratification, the image of the rich in the eyes of the common people has worsened.

Russians are increasingly aware that it’s Vladimir Putin who primarily defends the interests of the oligarchs. According to the Levada Center, 38% of respondents in 2020 thought so, as against 31% in 2017. While the number is still less than a majority, a big war might change everyone’s calculations: for the people and for their super-wealthy overlords.