An Underground Resistance Movement for Ukraine

If Russia succeeds in occupying large parts of the country, a resistance movement can prosper, but only if the West provides help. 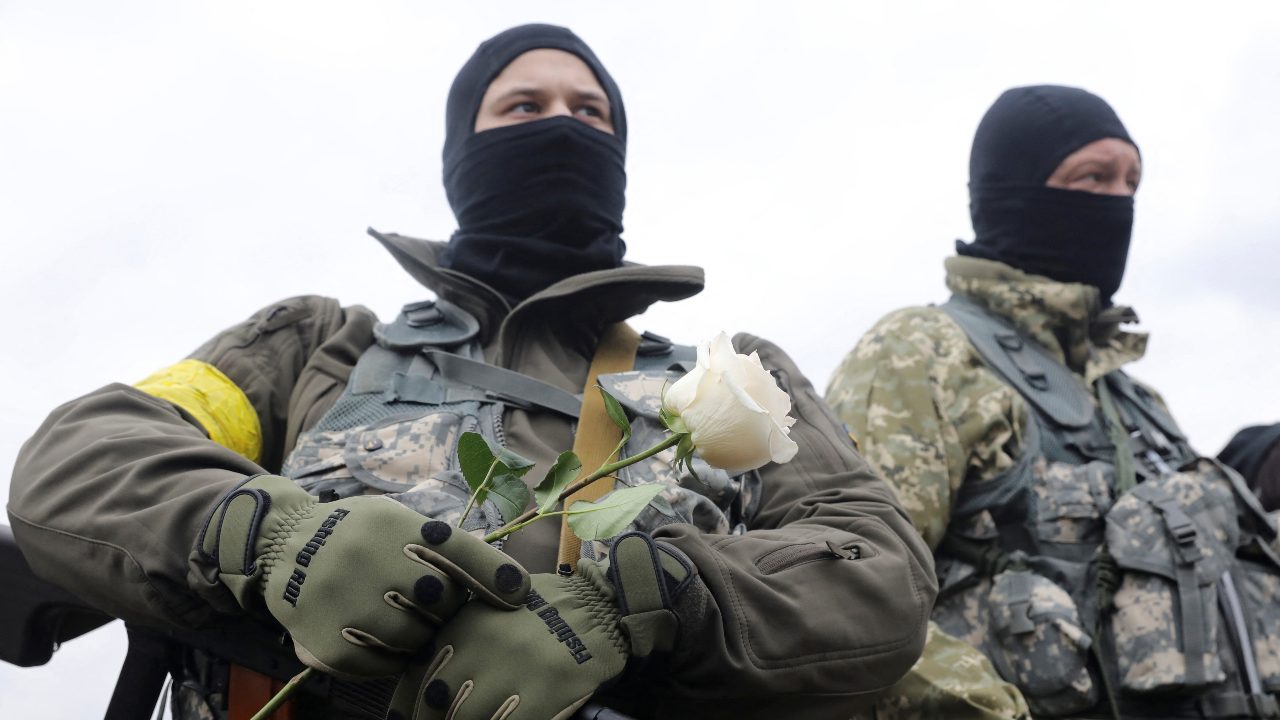 Photo: Members of the Ukrainian Territorial Defense Forces attend a wedding of their comrades Lesia Ivashchenko and Valerii Fylymonov during Ukraine-Russia conflict, at a checkpoint in Kyiv, Ukraine March 6, 2022. Credit: REUTERS/Mykola Tymchenko

Even after two weeks of fighting, it is hard to know how Vladimir Putin’s invasion of Ukraine will end. Potential outcomes range from Putin’s removal, to a complete Russian victory, to what the British Foreign Secretary Liz Truss warned could be a 10-year-long war.

The prospect of continued armed resistance is far more complex than simply picking up arms. Armed resistance is a high-risk, violent activity exploiting local and tactical opportunities to increase the cost for the occupying force. Armed resistance that lasts for months requires planning, structure, and organization. The viability of a prolonged insurgency in occupied Ukraine will be dependent on will to fight, terrain, weapons, and sustainment.

Yet if the defenders are willing to bear the burden — and it will be heavy —Russia cannot hope to control the entire territory it occupies.

Ukraine is circa 600,000 square kilometers, about 50% larger than Iraq. Unlike that Middle Eastern state, with its large deserts and open spaces, significant parts of Ukraine are urban, forested, or a mosaic landscape of fields and forests. Based on the numbers of soldiers needed in Iraq to suppress an insurgency (the US had about 158,000 personnel in Iraq during the surge year of 2008), it would require almost double the Russian forces considering the combined terrain and size. The terrain of Western Ukraine is suitable for ambushes and minor attacks on convoys, vehicles, and outposts. Parts of the landscape there, and in parts of Northern Ukraine, enable continued resistance operations, allowing defenders to approach a target undetected, strike, escape, and hide. The Russian will to fight has deteriorated; meanwhile, Ukrainian civilians are ready to continue fighting and take up arms.

The concept of organized armed resistance is not new. Switzerland and Sweden have for many years seen resistance operations as a part of their total defense concept. Sweden developed this during the Cold War, fearing a Soviet invasion, and elaborated a doctrine for units that lost contact with the main force. So-called Free War required autonomous warfare behind enemy lines, inflicting increasing costs for an occupying force.

Disintegrated units, lost personnel, and others were trained to form smaller asymmetric warfare units. The units had to stay small to avoid detection and hide, but large enough to orchestrate ambushes and small attacks. The unit had the autonomy to conduct any operation it considered suitable, within the boundaries of the laws of armed conflict. Unit leaders used their judgment to inflict casualties on the enemy and undermine their logistics through guerilla tactics such as ambushes, raids, sniping, mines, and improvised explosive devices.

This may be a useful model for the remnants of the Ukrainian army, joined by volunteers, which could form smaller units to continue fighting a Free War for months, maybe years if supported.

The long-term issue is to sustain resistance operations beyond the initial one or two weeks after separation from the main force. Nutrition, ammunition, weapons, and medical supplies quickly become scarce. Some replenishment can be achieved through the spoils that could occur from successful ambushes, but the impact is marginal, and it forces the resistance force to move up, engage and go through the vehicles, which can lead to casualties when survivors from the targeted unit open fire. Also, weapons taken from Russians are of lower quality. One example is the Russian anti-tank rocket-propelled grenade (RPG) common in their formations, which cannot penetrate the armor of a modern tank.

Therefore, the resistance needs weapons capable of destroying tanks at a distance, such as the Next-generation Light Anti-tank Weapon (NLAW) and the Javelin anti-tank guided missile. These have now been provided in significant numbers (The New York Times reported on March 6 that 17,000 anti-tank weapons have been sent in recent days.) The ability to perform stabilizing medical treatment and medical evacuation will also require foreign support. Taken as a whole, it is unlikely that prolonged armed resistance can exist without significant help from friendly nations.

Strategically, even if the defense of the Ukrainian homeland fails, the state of Ukraine must continue to exist in contested areas in western regions of the country for several reasons. If Ukraine surrenders, it ceases to exist as a state, making international assistance for armed resistance legally much more problematic. The sustainment of armed resistance requires a logistic network of trails and staging areas in nearby friendly territory.

If friendly nations are ready to sustain and arm a continued Ukrainian resistance, and these resources can be transferred to Ukrainian soil, the outlook for a year-long conflict if occupied seems positive.

Jan Kallberg, Ph.D., served over two decades in the Swedish Army, mainly as a reserve officer and light infantry company commander. Today, his focus is cyber, and his works have appeared in publications such as Joint Forces Quarterly, Strategic Studies Quarterly, and Military Review. Follow him at cyberdefense.com.

The views are personal opinions and do not reflect any employer’s position.