All’s Fair in Love and War

Democracy in a State of Emergency In the fight with the global COVID-19 crisis, many leaders are adopting a wartime discourse. The measures imposed—lockdowns, postponed elections, and surveillance—buy time, but they go beyond anything most people in the Western world have seen since the 1940s. Alarm bells are sounding in some quarters about that. Hungary’s state […]

Democracy in a State of Emergency

In the fight with the global COVID-19 crisis, many leaders are adopting a wartime discourse. The measures imposed—lockdowns, postponed elections, and surveillance—buy time, but they go beyond anything most people in the Western world have seen since the 1940s. Alarm bells are sounding in some quarters about that. Hungary’s state of emergency is particularly draconian. Groups such as Freedom House and Access Now are urging governments to consider the implications of their actions and inviting local civil society groups to keep a watchful eye on potential abuses of the constitutional framework regulating emergency measures.

But an even larger question arises from the (perhaps temporary) new normality in which offline action has become almost nonexistent. The dangers of virtual spaces, such as disinformation and algorithmic manipulation—were already in focus before the pandemic. Disinformation campaigns and computational propaganda worldwide have already exposed how unprepared our legal systems are to deal with campaigning, advertising, and publishing online, as well as how unprepared our citizenry is for a barrage of virtual manipulation. Those worries are compounded by a new reality that all but forbids physical presence.

In the United States, political campaigns are going virtual, heralding the at least temporary end of basic democratic processes such as door-knocking, community organizing, rallying, and (perhaps) voting at polling stations. There is not enough time to create a new voting system; only a handful of countries, notably Estonia, have a robust and proven system for electronic ballots. The most likely immediate consequence is delay.

But democracy is about more than elections. Even in normal times, the space for civil society is shrinking as governments and commercial pressures encroach on association, assembly, and expression: protests, marches, town halls, and participation in public consultations and decision-making. What will happen with these processes in an era of quarantine and lockdown? In countries with a shorter democratic experience (such as most of Central and Eastern Europe), building such habits and empowering civil society to exercise scrutiny and demand accountability was incomplete when the pandemic struck. With citizens already fatigued by disinformation, anxieties about health will further strain public trust. Those involved in politics and activism need to start thinking now what they can do to carry out their mission effectively and safely.

While the authorities deal with the health emergency situation, civil society can use this time to regroup. Some, such as TechSoup Europe are already planning online training and events. Perhaps this is also a time for more policy-oriented reflection: at the height of the Second World War, William Beveridge was working on plans for Britain’s post-war welfare state. Donors too have an opportunity to rethink their focus.

Finally, technology companies and internet giants can start acting upon their promise to support democracy, rather than contribute—however inadvertently—to its weakening. Discussions about the link between technology and democracy started before the pandemic. Now would be a good time to accelerate them. 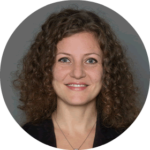