Italy has expertise and ambitions for the new space race, but needs to develop relations with the US and help fix Europe’s overly bureaucratic approaches. 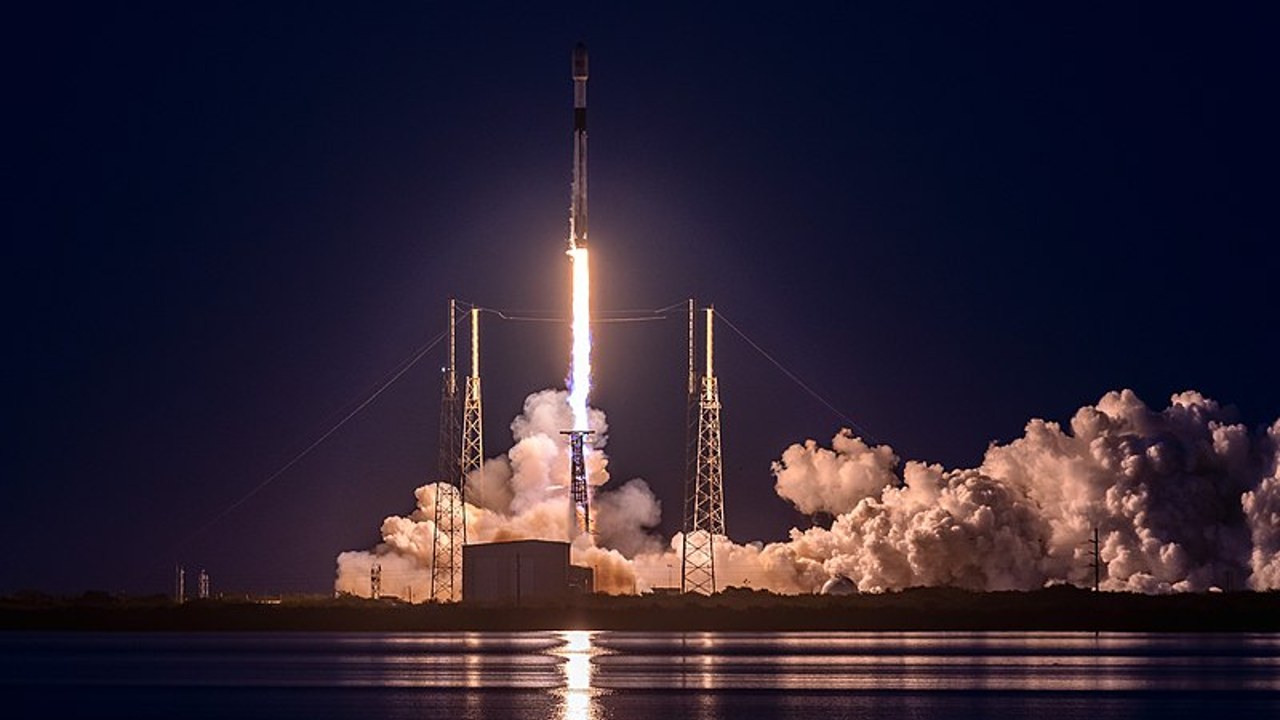 Much like the Cold War era, space is again a major theater for great power competition, playing an increasingly important role in security and defense. But this time there are many more players, both countries and companies, seeking to exploit this domain to reap the economic benefits and strategic influence it offers. Italy aims to expand its role in a new “space Great game”, developing its expertise in developing and deploying more advanced, yet cheaper, satellite and remote-sensing dual-use technology.

But while the country has an already significant space industry, the competition is fierce. Italy will have to acknowledge its need for a more flexible and ambitious approach based on targeted investment, a stronger private sector role, and deeper cooperation with its European and international partners, chiefly the US.

The recent visit to Washington of Italy’s Minister for Technological Innovation and Digital Transition Vittorio Colao came at a time of growing assertiveness in space by China and Russia, and served to reaffirm the strategic value of the US-Italy space partnership as part of transatlantic space cooperation. Overall, Italy aspires to become the main transatlantic gateway to Europe for the US in terms of multilateral space cooperation, a status that would underline the two countries’ special bilateral relationship.

Italy is already a significant presence in the global space industry. It’s one of the nine countries with a budget of at least €1bn ($1.04bn) annually for its space sector and the sixth in terms of investment compared to GDP, just behind India and Germany. In 2020, Italy’s space economy generated a total turnover of €2bn and continues to play a crucial role in advancing the country’s technological know-how and fostering small- and medium-sized companies (SMEs), which constitute 80% of the national space industry, with more than 7,000 people employed in the sector. By virtue of these skills, it is also the third-largest contributor to the European Space Agency (ESA) after France and Germany, at €682m.

Its value to the Western alliance is clear and growing in what promises to be a new and fractious era where authoritarian states engage in the increasing militarization of space. In a recent report, the US Defense Intelligence Agency warned about China’s and Russia’s unprecedented assertiveness across space, noting that their combined in-orbit space fleets have grown more than 70% in just over two years, following an earlier 200% increase between 2015 and 2019. As both nations view space as a strategic war-fighting domain, they are also expanding offensive counter space capabilities, especially sophisticated anti-satellite missiles, aimed to degrade, disable, or ultimately destroy their adversaries’ space assets. Russia “recklessly” tested one of these devices in November 2021, putting the International Space Station (ISS) and its crew at risk. In the case of the US and its allies, such attacks could prove catastrophic, depriving them of essential communication, navigation, and targeting capabilities for their militaries.

This makes cooperation among Western countries essential, as neither the US nor Europe alone can sustain the combined challenge from China and Russia. Here’s where Italy can make a difference. The US-Italian space partnership dates to the 1960s and has been further consolidated in recent years. Almost 60% of the NASA-managed ISS’s pressurized modules, for example, have been built by the Italian firm Thales Alenia Space, while Italy will contribute extensively to the US-led Artemis program, which aims to return people to the Moon in the near future. Italy can also claim to be the second country in Europe in terms of assets in orbit, boasting unique capabilities across all areas of the space value chain.

The segment of Earth observation and downstream commercial services is centered around advanced dual-use low-earth orbit (LEO) satellite technology and is strategically important, affecting both the civil and military spheres. On the one hand, the US and other Western countries are now focusing on early warning systems based on LEO satellite constellations, which, thanks to reduced dimensions and costs, can offer widespread and resilient protection against counter space and hypersonic conventional threats from China or Russia. On the other hand, LEO satellites have paved the way for the access of private companies in multiple segments of the space domain, from satellite internet to geo-intelligence and space tourism, encouraged by cheaper manufacturing costs and better communication performances compared to higher elevation geosynchronous equatorial orbit (GEO) or medium Earth orbit (MEO) systems.

The ascent of non-governmental participants has generated a huge amount of investment, with the lion’s share of space-company funding (60% to 70%) now directed at LEO ventures. LEO satellites have also powered a growing variety of commercial downstream services based on an unprecedented influx of satellite data and information now accessible to the civil market. In turn, these services are having a massive spillover effect on several economic sectors.

This new geo-information dimension perfectly fits the dynamic and competitive nature of the private sector. It has revolutionized the way satellite data and information are used, empowering new actors in the civil market and making the demarcation between the military and commercial domains more nuanced. Currently, the private share is estimated to be 80% of the entire space economy. In 2021, for example, private investment in space-related companies reached a record of $14.5bn, twice the figure for the previous year, when the overall space economy was already worth more than €447bn. Estimates for 2040 reach the titanic value of $1 trillion.

But this is also where the gap between the US and Italy appears most tangibly. In the US, the space sector’s increasing privatization, which one Italian official called a paradigm shift, has encouraged unprecedented horizontal competition and contributed to the expansion of the space economy by way of investments and ambitious endeavors. In short, US private companies such as SpaceX or Blue Origin accept the entrepreneurial risks and take the lead, with the government keen to cooperate and take advantage of new technologies and capabilities according to its needs, in what resembles a reversed — but fully complementary — public-private partnership.

This trend, for example, is emphasized in the latest NASA strategy update for the transition of the ISS, with the agency assuming the role of the customer rather than the provider. In Italy, and in Europe more broadly, this shift has yet to happen as local space economies tend to follow a more conventional, risk-averse, public-private course where the state allocates most of the funds and the private sector integrates them. Of the $258.4bn of total private-equity investment in space companies over the last decade, for example, 45% comes from the US, 30% from China, but less than 1% from Italy.

Budget constraints affect public initiatives in the space economy as well. The US and China remain by far the dominant players and the largest spenders, together accounting for more than 70% of total space spending worldwide in 2021. In 2020, the US military space budget alone was equal to 80% of global military space expenditure. Italy, for its part, cannot compete with these numbers — no European country can — but it is now prioritizing investments in its space sector, with a 2021-27 budget worth €4.7bn euros and an additional fund of €90m aimed at supporting start-ups.

Another issue is the complex management of space projects under the European Space Agency umbrella, which reflects the lack of a truly unanimous vision among EU member countries. In 2018, the EU earmarked the record budget of €14 billion for its 2021-27 space program, but the way funding is allocated and subsequently disbursed is often slowed by bureaucracy and involves a substantial ESA membership fee. Furthermore, funds destined for national projects “may end up being more beneficial for other EU countries”, as one Italian executive candidly put it.

This is why Italy must push for deeper but also fairer intra-EU space cooperation. The agreement between Italy and France to cooperate on space launchers is, on paper, a good signal, but it has not materialized yet and risks being hindered by a parallel Franco-German partnership in this field, especially regarding revolutionary liquid-propelled systems. Given the importance of space for Europe’s digital and strategic future, EU countries must frame a forward-looking strategy to improve cooperation, increase their industry competitiveness, and consider the geopolitical implications of China’s further rise.

Italian private firms are eager to engage with their US counterparts and expand their market presence, especially in the geoinformation segment, boasting unique technological excellence ranging from pressurized modules to satellite technology and synthetic aperture radars. Between 2020 and 2022, for example, the first two second-generation platforms of Cosmo-SkyMed satellites — developed by the Italian Space Agency and managed by the private firm Telespazio — were launched and are now providing advanced satellite data and information for both civil and military purposes. Hence, as ferocious competition with China and other countries looms on the horizon, a broader range of partnerships is needed to increase Italy’s role in the space economy and ensure it can remain a strategic partner for the US in an increasingly challenging future.