After the Voting Stops, the Rule of Law is What Matters

Whether it is the United States or the Republic of Georgia, only the impartial application of the rule of law can resolve electoral disputes in a way that sustains public confidence in democratic institutions. 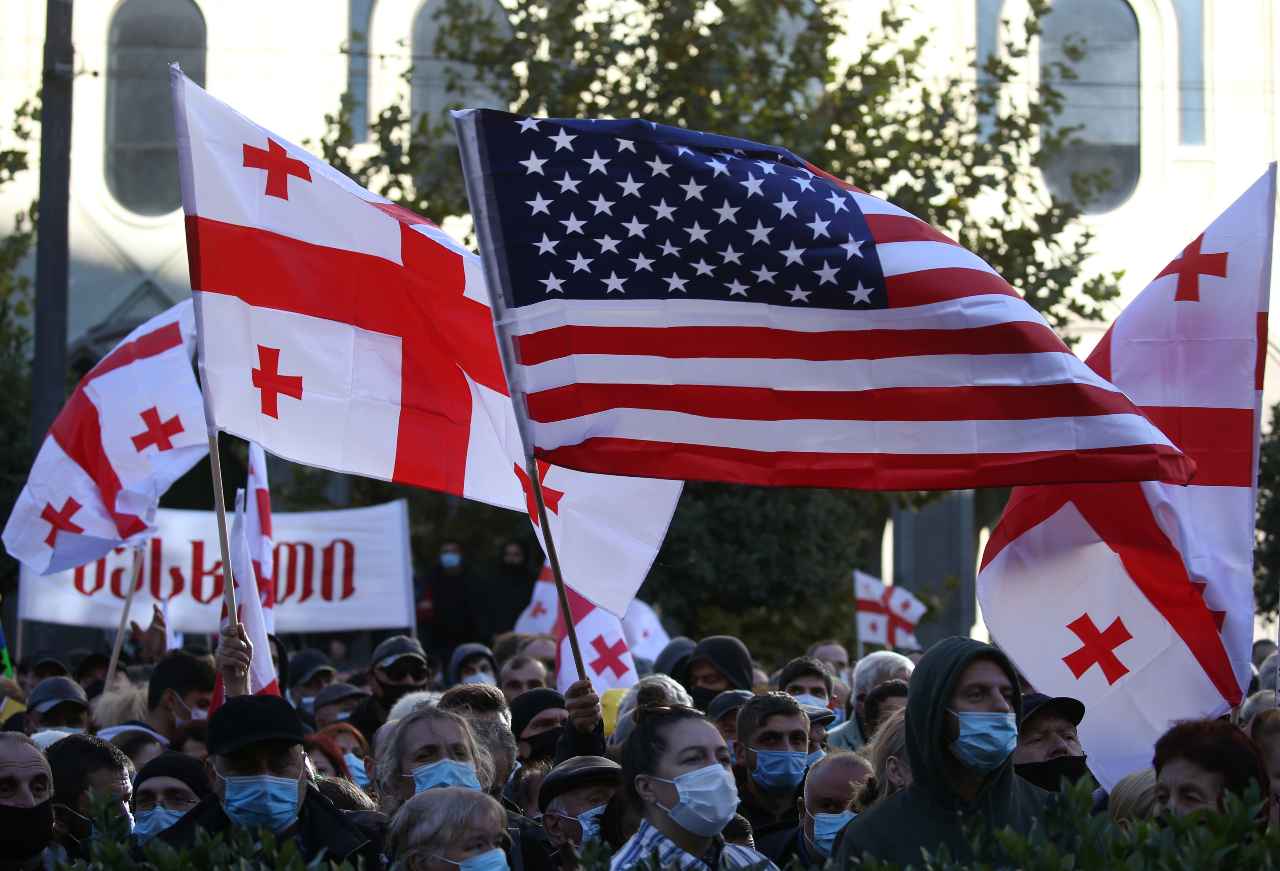 Whether it is the United States or the Republic of Georgia, only the impartial application of the rule of law can resolve electoral disputes in a way that sustains public confidence in democratic institutions.

The United States is one of the world’s oldest democracies. The Republic of Georgia is one of its youngest, having its independence and democracy restored less than 30 years ago. But they face a similar challenge: after recent national elections, both are dealing with serious challenges to their outcomes.

U.S. elections took place on Tuesday, November 3, 2020 (and in preceding weeks based on early voting). On election night, the two sides were in virtual deadlock, with the electoral college undecided. But in the ensuing days, as mail-in votes were counted, former Vice President Biden’s vote totals surpassed those of President Trump in enough states for him to claim a majority of electoral college votes. On Saturday, November 7, 2020, media outlets declared him the election winner. However, President Trump has not conceded the election, and his campaign is filing lawsuits in several states, alleging all kinds of irregularities, including both improper voting and improper vote counting.

Georgian elections took place throughout the country on October 31, 2020. The Central Election Commission has provided an official result indicating the governing Georgian Dream party won 48% of the vote, while the largest opposition party, the United National Movement, won 28%, with all other opposition parties each winning less than 5%. This percentage breakdown determines the number of seats in parliament to be awarded by proportional representation (adding up to a total of 120 of 150 seats). The remaining 30 seats will be awarded according to results of races in individual districts, most of which will be decided in run-off elections to be held on November 21, 2020. The additional seats awarded will almost certainly give the Georgian Dream enough seats in parliament to form a new government for a record-breaking 3rd term of office without need for a coalition partner.

As in the United States, these results are contested. The opposition in Georgia is claiming that rampant voting irregularities at hundreds of polling places took place, including vote-buying, voter intimidation, and improper use of state administrative resources to support the governing party. Thousands of individual accusations have been reported. The opposition has refused to accept the election results, has declined to accept the seats in parliament awarded according to these results, and has launched street protests demanding new elections.

In the United States, no meaningful evidence of improper voting has as of yet been produced. Most observers and media outlets are skeptical of widespread voting improprieties. In Georgia, several specific examples have been provided to the Central Election Commission, some with specific evidence, some without. International observers have defended the opposition’s right to protest, while noting that fundamental rights of the Georgian people in the elections were upheld.

In both the United States and Georgia, it is unclear whether even if complaints were validated and remedies applied, there would be any meaningful impact on the electoral outcome. But that is not the point. In both countries, there are laws and regulations – established long before elections take place – that govern the conduct of elections. There are standards of evidence. There are courts and transparent court procedures. The cases will be hotly fought, as they should be. Voters who are concerned about the fairness of the elections would demand nothing less.

But in the end, what matters is that the rule of law prevails in adjudicating all complaints. It may take time and resources. Of course, courts can also be seen as subject to political influence, and such charges are levied in both countries. But in the end, there is no alternative. It is only the fair application of law that can convince the entire society – not just the winning half – to accept the election results, rebuild trust, and focus again on the needs of the country as a whole.

The same thing holds, whether in the United States or in Georgia.

Photo: Opposition supporters attend a rally against the results of a parliamentary election in Tbilisi, Georgia November 8, 2020. Credit: REUTERS/Irakli Gedenidze