America’s withdrawal from Afghanistan is causing the implosion of the Afghan government. 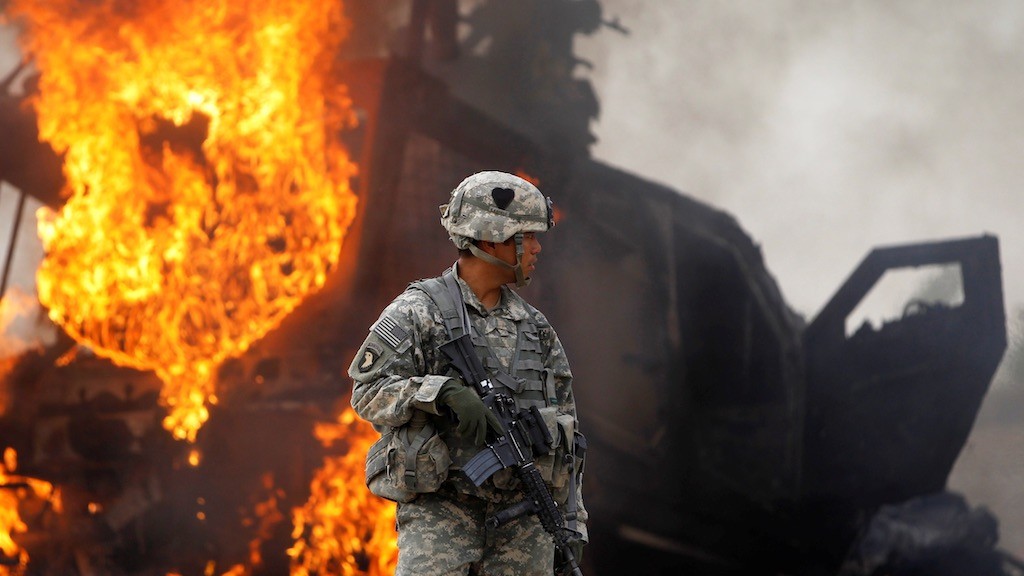 All of these outcomes were predictable – and indeed predicted. The U.S. administration made its decision with eyes wide open. The calculation, as we have heard several administration spokespeople say, is that this is no longer America’s responsibility, and the Afghans must fight for their own country.

While the human tragedy is the most immediate and heart-rending aspect, it is the damage to America’s position in the world that will matter most in the long run. That this was a conscious U.S. policy decision is mind-boggling.

On December 1, 2009, then-President Barack Obama announced his intention to begin withdrawing U.S. forces from Afghanistan within 18 months, following an initial surge. Several times throughout his presidency, and especially during his re-election campaign in 2012, President Obama repeated his intention to “end” the war in Afghanistan by withdrawing U.S. forces. By the end of his Presidency in 2017, he had still not done so.

Likewise, former President Donald Trump repeatedly stated his determination to withdraw U.S. forces from Afghanistan and set a variety of deadlines for doing so. But like his predecessor, President Trump left U.S. forces in place.

One can only speculate about the private deliberations within each administration. We do know, however, that America’s most senior career military and diplomatic officers have consistently briefed political leaders during the past decade on the certainty that a U.S. withdrawal would lead to the fall of the Afghan government, a humanitarian disaster, and the perception of a defeated U.S. abandoning its allies. In each case, those arguments must have been taken into account. Despite the political desire to do so, previous administrations did not actually pull out.

The frustration that led to the American withdrawal is understandable. After 20 years, thousands of lives lost or irreparable damaged – including among allies and partners as well as the United States – and over a trillion dollars spent, how much longer should we keep doing the same thing? If we don’t pull out now, when would we?

Despite frustration over costs, however, the price of withdrawal may be even greater. Not only the Afghan people, but America’s adversaries and allies are all drawing lessons from this decision.

Adversaries will be reinforced in their confidence that the United States does not have the will to win. America may have the resources, but it lacks the determination and stamina to achieve an outcome. To beat America, they will conclude, you just have to wait.

Allies will become even more reluctant to commit troops and treasure to an American-led coalition when they know Americans can turn on a dime without so much as consulting those who have put their own soldiers’ lives on the line.

The retribution against those in Afghanistan who took a chance on building democracy, on working with the United States, and on educating women, will be so brutal and public it will deter people all over the world from taking similar risks against authoritarian forces anywhere.

The statements from the U.S. administration that the Taliban risks international isolation if it pursues a military victory in Afghanistan are unmoored from reality. It is part of the Taliban’s ideology to reject modernism and the international community — and the reputation won by forcing the U.S. to leave is worth far more than aid budgets. And indeed, having earned a reputation for abandoning its mission, its friends, and its allies, it is the United States that may actually feel more isolated.

The wellbeing of the United States – as a free, market-driven, rule-of-law society – depends upon those values existing and expanding in the world. Without the will to help shape that world, the U.S. cedes ground to those who seek to export authoritarianism and the law of the jungle.