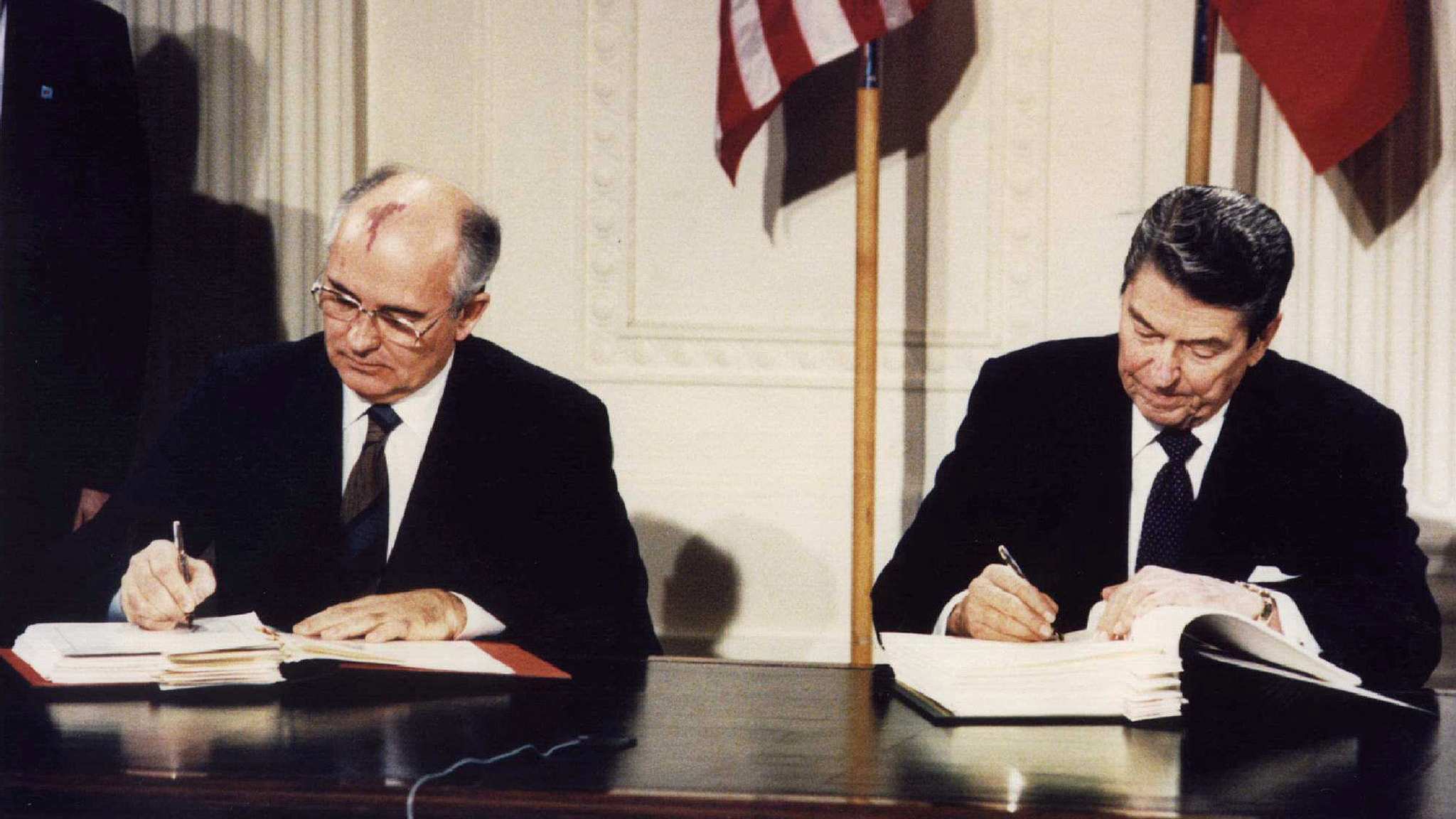 Imagine that the Third Reich did not perish in defeat, but survived for decades. After Hitler’s death, it undergoes partial reforms, before descending into stagnation. In the mid-1980s a provincial Nazi bureaucrat called Michael Gorbach comes to power in Berlin. Eloquent and energetic, he tries to reform the failing Nazi system with Öffenheit and Umbau. These would be called “openness” and “reform” in English — and glasnost and perestroika in Russian.

It fails. The Third Reich was founded on mass murder, hatred, lies, and theft. It is held together by fear. Remove that, and the whole thing falls apart in 1991. After decades of occupation, half-forgotten nations like Denmark, the Netherlands, and Austria return to the world map. Gorbach retires to write self-serving memoirs and appear in a pizza advert. He initially supports, but later criticizes, Waldemar Putschnik, the former SS officer who becomes leader of the new German Federation.

This thought experiment may help assess the legacy of another provincial party bureaucrat: Mikhail Gorbachev. He too tried to reform a totalitarian empire but ended up humiliated amid its ruins. But whereas we flinch at the notion of a reform Nazi, we are more willing to accept the idea of a reform Communist.

Gorbachev’s educated, humane, cooperative approach was indeed a refreshing change after years when the Soviet leadership exuded aggression mixed with decrepitude. I still remember the exhilaration of the end of censorship, the beginnings of political competition, and the lifting of the shadow of nuclear war. I witnessed the joyous rebirth of democracy and sovereignty in (then) Czechoslovakia and the Baltic states.

But credit for these astonishing transformations should go chiefly to the bravery of the people who fought for freedom when it seemed impossible, not to those who grudgingly conceded it when it became inevitable. That Gorbachev’s botched, belated salvage mission stood no chance of success is a cause for celebration. The Chinese Communist Party’s economic reforms, earlier and better planned, worked. We are all living with the consequences.

Western panegyrics over Gorbachev’s grave reflect ingrained orientalism. To say that he allowed the Soviet empire to collapse without bloodshed implicitly dismisses as sub-humans the scores of Georgians, Latvians and Lithuanians killed and wounded in failed crackdowns from 1989 to 1991. In a similar vein, Western decision-makers — including then US President George HW Bush — preached restraint to the captive nations of the Soviet empire, saying that their desire for independence endangered Gorbachev’s vital reform efforts.

It is true that Gorbachev battled with hardliners. But his aim at every stage was like theirs: to save the evil empire, not to abolish it. He precipitated the collapse of the planned economy and the one-party state, and brought some light to bear on the crimes of the Soviet past. He did not get to grips with other core elements of the Soviet system: chiefly imperialism and the pervasive influence of the KGB. His legacy: 30 years on, the elements of continuity between the Soviet and modern Russian systems eclipse the differences. Contemporary Russian philippics about Gorbachev and his era reflect nostalgia for the glories and certainties of the Soviet era — and the ambitions to recreate it.

Gorbachev could have used his one great asset, his foreign fan base, to sound the alarm on this terrible danger. The kind of influential Westerners who so patronizingly and obtusely ignored abundant warnings from the “east Europeans” about Russia’s aggressive, repressive tendencies might just have listened to the revered voice of the last Soviet leader. But Gorbachev for years preferred to join the grievance-laden, xenophobic Putinist chorus.

His vanity, his besetting sin, precluded contrition for that. And for anything else.

Edward Lucas is a Non-resident Senior Fellow at the Center for European Policy Analysis (CEPA). He was formerly a senior editor at The Economist. Lucas has covered Central and Eastern European affairs since 1986, writing, broadcasting, and speaking on the politics, economics, and security of the region.