On June 12, 2019, U.S. President Trump and Poland’s President Duda signed a joint declaration intended to strengthen the already close security and defense bonds between their two countries. President Trump stated, “As the declaration makes very clear, the United States and Poland are not only bound by a strategic partnership, but deep common values, shared goals, and a very strong and abiding friendship.”

Although formally a bilateral agreement, the accord is also a deep and long-term investment in NATO security which will benefit Alliance readiness and response capabilities, especially on NATO’s Eastern Flank. This has been the core of Poland’s argument for the enhanced U.S. presence since it requested additional U.S. presence in early 2018. Allies and partners in the region, meanwhile, are very supportive of the declaration, since they know this means that U.S. forces are closer to the “frontline” and better able to respond to security challenges.

The agreement also demonstrates Washington’s commitment to Polish and regional security, Western resolve, and deterring Russian aggression. At the same time, it includes the potential for more U.S. regional military cooperation in the future.

The United States will increase its troop presence in Poland by at least 20 percent (1000 additional troops). This will bolster Washington’s military readiness and response capabilities, and deepen U.S.-Polish and regional forces integration and interoperability.

The United States will establish a Forward Division Headquarters in Poland. This will strengthen U.S. Army divisional capabilities, currently organized as the “Mission Command Element” (MCE). As CEPA analysis recommended in “Securing the Suwalki Corridor” and “Unfinished Business,” increasing divisional capabilities is paramount to strengthening deterrence and defense capabilities on NATO’s Eastern Flank. This new U.S. divisional posture could foster deeper operational and warfighting integration of U.S. and Polish armed forces, and provide opportunities for important division-division interaction leading to improved interoperability and capabilities for Polish and other Allied divisions on NATO’s Eastern Flank.

There will be a Joint Combat Training Center (CTC) in Drawsko Pomorskie. This Joint CTC capability paves the way for new readiness and military capabilities not only for Poland’s Armed Forces (PAF) but also for training and exercises by the United States, other Allies, and partners in Poland. This will allow U.S. forces to accomplish all training and readiness requirements—“certifying” units to complete U.S. standards—in Poland. This is currently only available in Europe to U.S. forces in Grafenwöhr, Germany. This new Joint CTC will provide the means for additional multinational training opportunities and exercising tactical to operational formations in complex, sophisticated, and realistic training environments. This will raise the PAF to a new level of military readiness and capabilities. Poland can become a regional and NATO exercise hub allowing U.S. forces in Europe to train equally at Drawsko and in Germany to the highest capability standards needed on the modern battlefield.

A U.S. Air Force MQ-9 Reaper squadron in Poland will be established. The MQ-9 is a state-of-the-art unmanned aerial vehicle (UAV) system which provides high-quality intelligence gathering capabilities and more. The MQ-9 will provide real-time intelligence, surveillance, and reconnaissance (ISR), close air support, combat search and rescue, and precision strike capabilities. The system can provide 24-hour surveillance capabilities to vulnerable areas along NATO’s Eastern Flank. Thus, the MQ-9 means not only reconnaissance, but forward deployed combat power on the Alliance’s frontline. It sends a strong message of deterrence to Russia and depending on day-to-day operations, provides a counter to Russia’s A2AD bastions on NATO’s Eastern Flank. It also provides interoperability learning possibilities for Poland as it considers more advanced UAV acquisitions in the future. As with increasing divisional capabilities, CEPA has advocated for U.S. “enabler” units, including ISR capabilities, in the region.

An aerial port of debarkation (APOD) will be formed to support the movement of forces for training or contingency. Poland’s strategic location and political will make it an important location for forward U.S. and NATO staging area options. This APOD capability allows not only for greater U.S. staging and deployment options, but also for NATO exercise, response, and reinforcement requirements.

An area support group (ASG) to facilitate current and future U.S. forces in Poland will be created. U.S. rotational deployments to Poland have great value in continuously exercising the U.S. deployment system across the Atlantic and throughout Europe. However, they also have a weakness: maintaining continuity through deployment and redeployment. With rotational deployments, establishing an ASG will reduce friction, increase continuity, and increase logistics and support readiness. There is room for growth; NATO Allies must continually assess and address the coherence of NATO forces on the Eastern Flank.

A U.S. Special Operations Forces (SOF) capability in Poland to support air, ground, and maritime operations will be established. This will deepen the close existing ties between U.S. and Polish SOF. It follows the models of the previously established U.S. Air Force Detachment (AVDET) and U.S. Army Detachment (ARDET) to Poland. These are part of an increasingly comprehensive solution to ensure continuity of mission between U.S. units in Poland and maximizing training deployments that facilitate interoperability and capabilities between Polish and American SOF. This initiative could also create opportunities to increase regional SOF cooperation.

Infrastructure to support an armored brigade combat team, a combat aviation brigade, and a combat sustainment support battalion will be established. This ensures the long-term sustainability and support of American forces in Poland. Warsaw can be lauded for the cooperative infrastructure work it has undertaken with the United States since 2014. This element of the declaration emphasizes that more is needed to prepare for the sustained, robust, and enduring presence of U.S. forces in Poland.

The View From Moscow

Moscow, meanwhile, did not react officially to the outcome of the Trump-Duda meeting, the results of which appear consistent with Russian President Putin’s comments from June 13, 2019, that relations with the United States are “in fact deteriorating, getting worse by the hour.” RT’s coverage was largely news-based, detailing the specifics of the meeting, the comments made by the two presidents, and the F-35 jet flyover. Sputnik took a more negative approach, highlighting the “concern” of the Russian government over the potential for “destabilizing” the region as a result of an American UAV recon drone squadron being stationed in Poland. Sputnik also featured the comments of a former United States Assistant Secretary of Defense, Chas Freeman, on how deploying more troops in Poland was a “provocation.” Sputnik also called the move “wasteful.” The topic is likely to come up, in any case, should Trump and Russian President Putin meet, as is widely expected, on the margins of the G20 summit in Osaka, Japan scheduled for June 28-29, 2019. 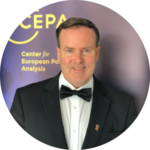