A Marshall Plan for Ukraine

The mess left by the Russians in Ukraine will one day have to be cleared up. The West should think now about how to help. 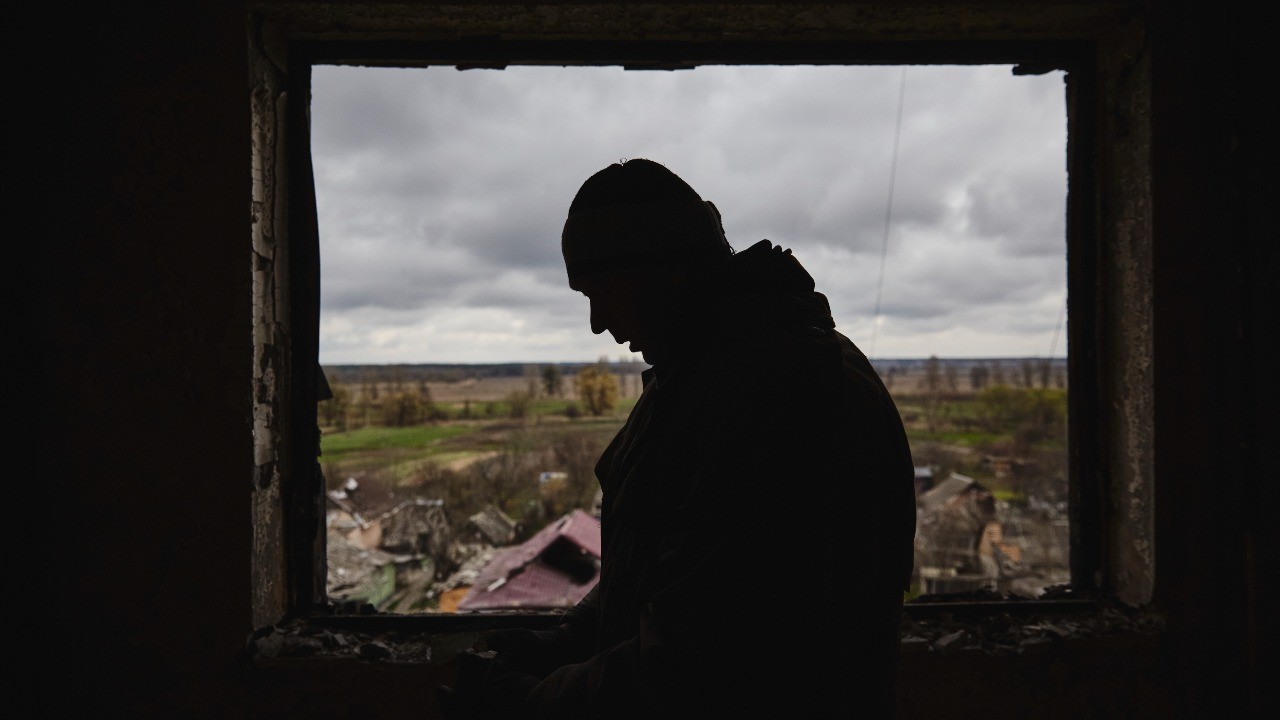 Photo: A man inspects his apartment, which was damaged by fire due to the shelling of Borodyanka, Kyiv region. Credit: Photo by Oleg Pereverzev/NurPhoto.

As Russia’s latest and biggest invasion of Ukraine enters its fourth month, the war continues without end. With artillery ranged on major cities and scores of smaller communities, the damage being done is beyond description. Large urban areas like Mariupol and smaller towns like Popasna lie ruined.

News from the front has become much grimmer this month, as Russia’s invading armies made advances in the Donbas, threatening towns like Severodonetsk. This simply adds to the devastation that has already resulted in the deaths of thousands of Ukrainian citizens and soldiers, and the displacement of millions. Russia’s military has been badly mauled.

And yet while the war continues with no end in sight, it is certain that fighting will end one day, at which point Ukraine will have to be rebuilt. Thinking ahead, government officials, policymakers, pundits, and academics have begun to call for a Marshall Plan for Ukraine.

What was the Marshall Plan, and what might it mean for Ukraine?

Established after World War II, the initial plan of 1948 “provided more than $15bn to help finance rebuilding efforts” across Europe. The program sought to rebuild cities ravaged by the war, reconstruct critical infrastructure, and restore various industries and companies. These efforts led to a stronger, more united Europe, and with it, modernization and a technology boom. The program also saw significant economic growth in the countries that received funding.

Advocates point to the success of the Marshall Plan in Western and Central Europe (the Communist bloc and the Soviet Union refused the proffered assistance) as an inspiration for the rebuilding effort.

Critics are less sure. They have argued that Ukraine’s economic problems go far deeper than the destruction caused by Russia’s unprovoked war. Ukraine’s economy was badly hit by the coronavirus pandemic, where the Organisation for Economic Co-operation and Development (OECD) estimated that the already-fragile GDP dropped by 4%, while the World Bank says this year’s number may reach a staggering decline of 45%. Taken together, some experts believe that it could take hundreds of billions of dollars, perhaps trillions, to rebuild.

Second, many have asked who will pay for such a program given Ukraine’s current economic state. The coronavirus impacted the entire world, and many countries are still struggling to rebuild their economies. Russia’s war has also hit the global economy, causing drastic increases in gas and food prices. Inflation is also on the rise. Given these trends, critics say Western powers would be unable to assist Ukraine, arguing that the wealth of these countries is not comparable to the economic environment after World War II, when the US in particular had abundant cash to invest.

Third, many countries, whether publicly or privately, will be reluctant to provide this assistance. When the Russian invasion initially began, several European states were hesitant to send humanitarian, medical, financial, and defense aid to Ukraine. With rising food and gas prices, and the possibility of a recession, many Western states will be more focused on combatting issues at home than on help for Ukraine. Remember too that some countries show quite considerable popular hesitation about military aid to Ukraine. A bigger bill for reconstruction might be an even harder sell.

But while many of these concerns are genuine, they miss a larger picture. The arguments made by critics do not properly address the likely future.

When the Soviet Union collapsed in 1991, the West believed economic prosperity would naturally develop in newly formed states. But the mismanagement of funds, the legacy of deep-rooted Soviet-era corruption, and a slower than expected development of a true market economy hindered growth and development in Ukraine and similar states.

That is not to say there was no development. In fact, Ukraine prospered in other ways — for example, the United Nations Education, Scientific, and Cultural Organization (UNESCO), judges that Ukrainians are among the world’s most educated and literate people. Citizens are more than capable of addressing complex issues and providing imaginative perspectives and solutions to their problems, given the right political culture. Ukraine also has a booming information technology sector, producing engineers, computer scientists, and information technicians whose work will be invaluable to the country’s future.

Second, critics should examine the effects of past rebuilding programs before writing off such ideas. Take, for example, Germany and Japan. These two murderously expansionist states triggered World War II and suffered complete devastation as a result. Millions died. Despite their atrocities, the West helped rebuild them anyway. Today, Germany and Japan are two of the world’s richest countries and boast developed democratic systems. They are industrial and technological giants, and their reconstruction has led them to become members of the G-7 club of the world’s largest economies. It is hard to imagine what Germany and Japan would have looked like without that help and what the political consequences might have been.

Third, if Ukraine is successfully rebuilt with the help of Western assistance, this would amount to a leap forward for the region as a whole. Like the 16 original Marshall Plan recipients, Ukraine is a country “with democratic foundations, anxious to integrate more closely [with the West].” Rebuilding Ukraine’s infrastructure would help it expand upon its under-exploited energy and agricultural markets. Foreign oversight, as was mandated in the original Marshall Plan, would also reduce mismanagement of funds and the possibility of graft. Strengthening Ukrainian institutions would help the country further along its path toward full democratization and Western integration. Conversely, and perhaps most importantly, a failure to help would ensure that future Ukrainian governments faced both a hostile neighbor and a wrecked country with dismal prospects for its 44m people. Political instability would be near-inevitable.

Germany’s Chancellor Olaf Scholz has suggested a European solidarity fund be created with billions of euros available for such a program. But the scale of the task would require much heavier engagement from beyond the European Union, especially the US.

Implementing such a plan would be ambitious and it would undoubtedly be expensive. The socio-economic potential that could be unlocked by such a program, however, should not be ignored. It would send an electric signal to the world that the West is determined to resist aggression and reward a democracy that has bravely faced down one of the world’s most brutal regimes; that it will commit to economic development to benefit the victims, but also the West’s own economies; and that the best outcome after the destruction of Vladimir Putin’s tank armies is a prosperous new member of the Western world.

Mark Temnycky is an accredited freelance journalist covering Eastern Europe and a nonresident fellow at the Atlantic Council’s Eurasia Center.