A Few Things Wrong with Europe’s Attack on Tech Gatekeepers

Europe must compete in the market, not through regulation. 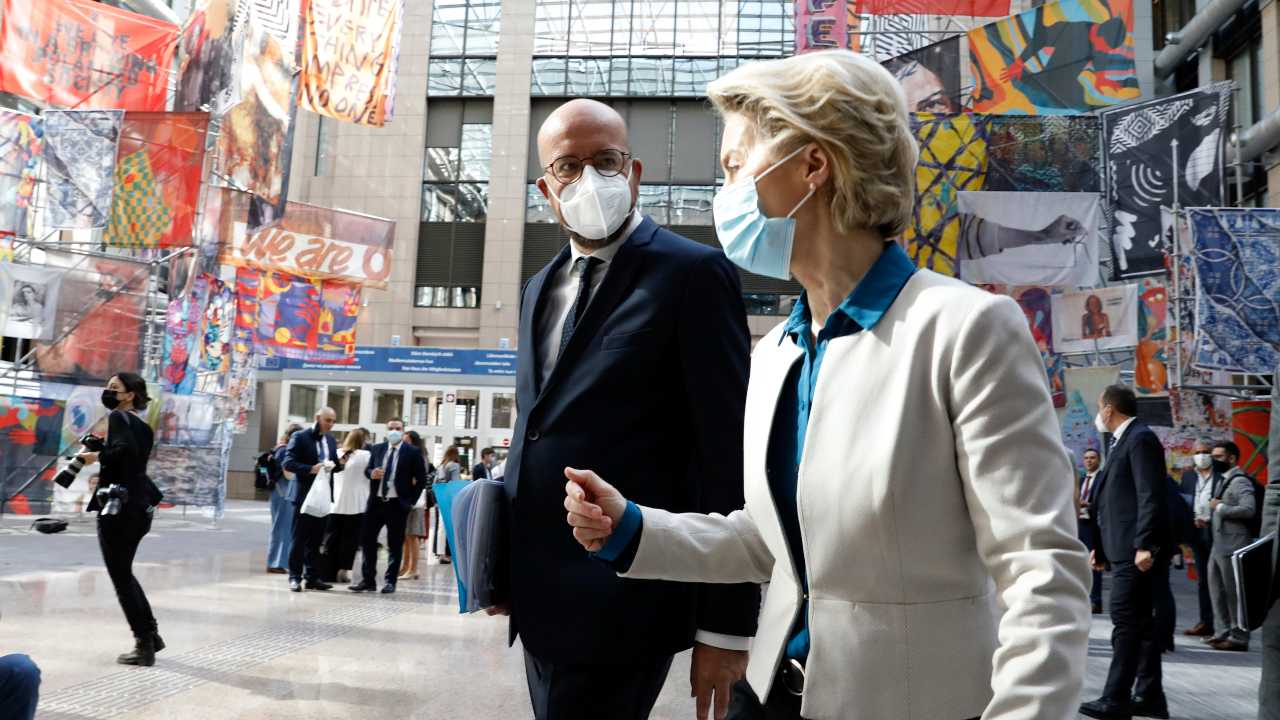 Europe’s proposed legislation to regulate digital life is written to punish Silicon Valley giants. But beware: they risk crippling European industry and allowing free reign to both the Chinese and Russian competitors. A much better idea would be to build a democratic tech alliance.

The upcoming Digital Markets Act (DMA) and the Digital Services Act (DSA) will govern the digital life of Europeans. Almost our entire lives have moved digital – think of government-issued COVID-19 Green passes or the time we spend surfing Google, Facebook, Amazon, Apple, Netflix, and others.  Yet European legislators have designated them as gatekeepers and seem to think that only by bludgeoning them can Europe equip itself with a technology industry

Now is the time to question the content of the proposed rules, or how they will regulate the big, gatekeeper platforms. German MEP Andreas Schwab, the rapporteur in the European Parliament, has compared American Big Tech to the oligopolies that paved the way for Adolf Hitler. In his view, American gatekeepers are “enemies of the free market.” These enemies are not guilty of anticompetitive conduct. They are guilty simply because they exist in their current form.

The European Commission, in its original DMA proposal, laid out a definition of gatekeeper that would include about 20 gatekeepers, among them American, European, and Chinese companies. Schwab wants the new rules to be limited to the five largest American giants. By crippling them, the theory goes European tech will flourish and European digital sovereignty will be ensured.

Chinese tech, with its hostility to fair competition and human rights, will be best placed to unseat the American giants.  Instead of boosting competition, the Schwab vision will compromise the free market, by its own admission. Schwab says gatekeepers must have a market value of at least EUR100 billion and a European turnover of EUR6.5 billion. China’s Alibaba would not be covered because almost all of its business takes place in China. Neither would Tiktok, Tencent, Didi, Huawei, or ZTE. Some of these Chinese players have dumped their products in Europe, or they have destroyed the European telecommunications industry, without Brussels batting an eye.

Another DMA objective is “to oblige gatekeepers to guarantee equal access to their operation systems.”  The proposal would hand over algorithms, source codes, and intellectual property to competitors so that they can be on a theoretical level playing field with the gatekeepers.

OECD research on the balance between “openness” and security shows that forcing companies to share sensitive information may lead to abuse and depresses investment. Why struggle to create new algorithms, products, and software if you are then forced to hand it over to competitors? Today’s multinationals spend billions to avoid dangerous data breaches. Not everyone is able or interested in providing such levels of protection.

Even worse, the DMA imposes no geographical limitations. If it goes through as proposed, anyone will be able to knock on the door of Apple or Facebook and obtain industrial secrets. The field will be opened for Chinese and Russian companies – and their supportive governments – to obtain critical technology and data.

The Biden Administration is rightly outraged. Europe is moving ahead with the DMA just as Brussels and Washington have launched the Trade and Technology Council which aims to create an “alliance of democracies.” Not surprisingly, the Europeans reacted with skepticism to the publication this month of an American proposal for an “Alliance for the Future of the Internet” with the US.

Europe’s gatekeeper offensive is unnecessary and counterproductive. Users have punished dominant players who fail to innovate. Regulators already have strong antitrust tools. This week, the European Union’s Tribunal in Luxembourg upheld a 2017 decision to fine Google EUR2.4 billion for giving preferential treatment to its price-comparison shopping service over rival services.

Europe must compete in the market, not by becoming a regulatory superpower, a definition which is reductive and, quite frankly, sad. Silicon Valley is not a magical place. It owes its success to government-supported research, to universities, to an open system that fosters great innovations. Europe, on the other hand, wants to change the rules of the race. It cannot compete with its legs, so it tries to slow down everyone else. This is not a way to win.