A Call to Arms — The U.S. and EU Must Confront Digital Authoritarianism 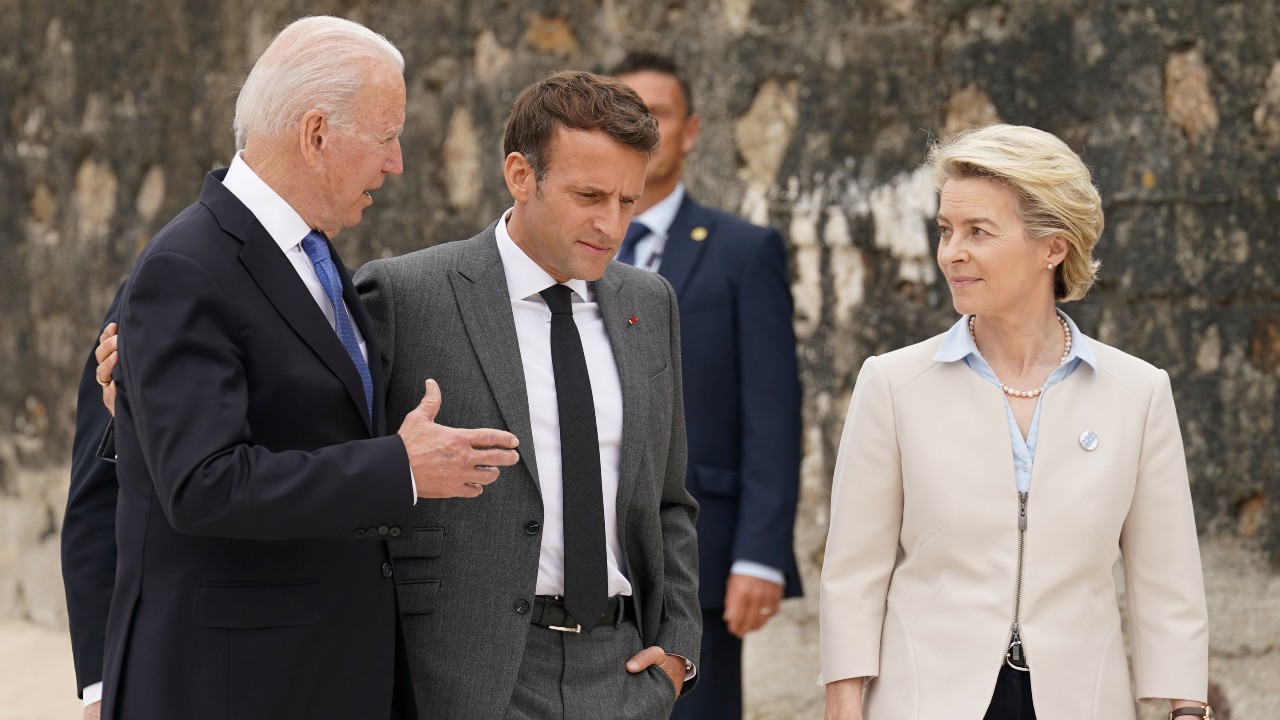 As President Joe Biden arrives in Europe for a week of high-profile summits, he has dedicated his trip to “rallying the world’s democracies.” But before democracies can “write the 21st-century rules around trade and technology,” as Biden hopes, they first must recognize what they are up against: democracies face an existential threat from a competing digital authoritarian model of governance that could completely supplant the post-WWII liberal democratic international order. Allowing transatlantic disagreement over tech policy to fester will only serve to hasten that transition. The EU-U.S. summit is an opportunity for the transatlantic community to develop a shared democratic vision of digital society and a strategic technology agenda.

Democratic values and human rights are a core strategic dimension of the Biden administration’s foreign policy. But the tech dimensions of that normative vision have yet to be adequately articulated. Current divisions with Europe over the protection of privacy and fundamental digital rights must be resolved if there is to be any hope of building a larger democratic alliance around these issues.

The June 15 summit plans to unveil the Technology Trade Council (TTC) — a transatlantic platform for cooperation. The TTC offers an opportunity for real progress amid current disagreements over data sharing, taxation, privacy, and surveillance. And it will likely seek to address a very broad set of issues, from supply chains to international governance standards. To be successful, however, and avoid the fate of previous abortive attempts at EU-U.S. cooperation, the TTC should focus on concrete deliverables to resolve thorny issues such as tariffs and data sharing. And to remain durable and relevant for the long-term, it will need clear leadership from both sides.

The long-term agenda for the TTC will be more difficult — to be successful, the transatlantic partners should create channels to advance a vision of global digital governance based on democratic values and principles, while seeking to draw in other democracies to prioritize digital policy. To ensure that the TTC can grow to be an effective standard-setting body, it will need leadership. On the U.S. side, no single government agency has had ownership of the issue at it cuts across multiple areas, most notably trade and commerce.

Progress on these goals will require that each side make concessions on current pain-point issues. Europe, for its part, would do well to cede ground on its apparent targeting of the American technology sector. Rhetoric like German MEP Andreas Schwab’s call to tighten regulations on five large American companies, while refusing to include any European firms —  “Let’s not . . . include a European gatekeeper just to please Biden” — for instance, is unhelpful.

On the contrary, Europe should corral its members into workable consensus on deals like the global tax on technology firms. The Biden administration proposal would create a global minimum corporate tax rate, which would yield crucial predictability for companies seeking to operate on both sides of the Atlantic. Brussels should recognize the importance of this endeavor and tamp down member states that seek a more lenient — or stricter — taxation regime.

The U.S., of course, has its own compromises to make. It should recognize, for instance, that Europe may have a bad taste in its mouth from its experience of U.S. surveillance laws. While President Biden has dedicated considerable diplomatic capital to reaching compromise on this matter, reports of U.S. spying on EU leaders, historic and recent, are not helping matters.

If the U.S. wants free information-sharing across the Atlantic, it may need to go to greater lengths to assure Europeans that their privacy will not be endangered. The Trump administration’s trade antics may also have left some European governments wary of jeopardizing Chinese investment given the recent U.S. volatility; to allay these fears, the Biden administration could increase funding for economic development in countries China has targeted.

In making these compromises, the goal should be to avoid sword-rattling over small disagreements that imperil big-ticket, global priorities. The U.S and EU must overcome their current discord to reach this potential. By choosing cooperation, the two sides can begin to institute norms of digital governance capable of withstanding authoritarian ambitions.

Russia and China are both courting countries to their digital models, which threaten privacy, commerce, and the free flow of information. The only route to attracting other countries to a U.S.-EU alternative is through a shared set of norms that protect these vital democratic values.

Europe and the United States must seize this moment to heal the transatlantic rift over technology policy, and to create a unified front against authoritarian threats to privacy and digital freedom. President Biden’s foregrounding of democracy is the right approach in this moment of global uncertainty: the administration now has an opportunity to work with allies to push back against the creep of Russian and Chinese “sovereign internet” models and ensure a level playing field for tech innovation.