US Senator for New Hampshire, US Senate 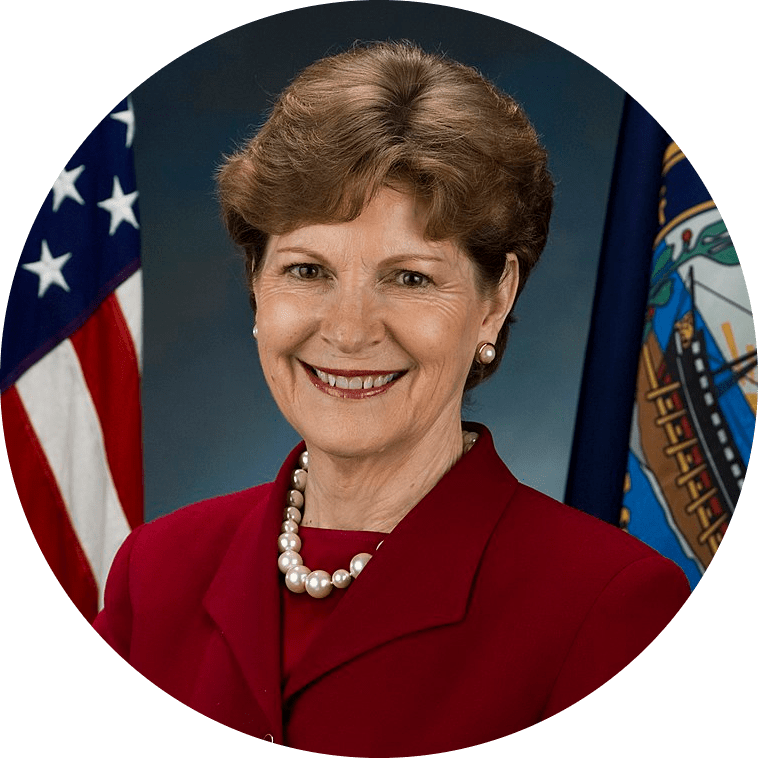 US Senator for New Hampshire, US Senate

The first woman in U.S. history to be elected both a Governor and a United States Senator, New Hampshire’s Jeanne Shaheen is a trailblazer with a reputation for working across the aisle to get things done. She is committed to serving the citizens of New Hampshire and is known for her common-sense leadership, hard work, and dedication to improving the lives of the middle class. She has served in the Senate since 2009 and is a member of the Senate Committees on Armed Services, Foreign Relations, Appropriations, Small Business and Entrepreneurship, and the Select Committee on Ethics.

As a former small business owner, Senator Shaheen knows how tough it can be for entrepreneurs, who often operate on razor thin profit margins. On the Small Business Committee, she’s expanded small businesses’ access to credit and markets. Her annual Experience New Hampshire event in Washington, D.C., gives New Hampshire businesses a forum to showcase their products and services to policymakers and government officials. Shaheen continues to lead efforts in the Senate to protect New Hampshire businesses from having to unfairly collect internet sales taxes for other states.

The opioid epidemic is the worst public health crisis in New Hampshire’s history, and Senator Shaheen has made fighting this crisis her number one priority in Congress. Through her leadership on the Appropriations committee, Senator Shaheen worked to deliver a seven fold increase in resources to help Granite Staters suffering from substance use disorders receive desperately needed treatment. She works across the aisle to provide tools that treatment providers, law enforcement, and first responders need to deliver lifesaving services.

Shaheen helped pass the Affordable Care Act, and has defended the law from partisan attacks, ensuring that tens of thousands of Granite Staters can keep their health care. The law drastically expanded the availability of drug treatment in New Hampshire through Medicaid Expansion, a vital tool to address the opioid crisis, and provided protections to people with pre-existing conditions. She continues to lead efforts in the Senate to advance common-sense health care legislation that would expand access to care and lower the costs of both treatment and prescription drugs.

As top ranking woman of the Armed Services committee and the only woman on the Foreign Relations committee, Senator Shaheen advocates for a strong foreign policy that confronts our enemies, strengthens key alliances, and bolsters New Hampshire’s role in our national defense. Shaheen’s strong stance against Vladimir Putin’s aggression, led to her being sanctioned by the Kremlin and denied a visa to travel to Russia. Shaheen is a leader on protecting our democratic institutions from foreign intrusion, enhancing our cyber defenses, and working with our allies to improve trade and security cooperation. She has been a consistent advocate for the critical role the Portsmouth Naval Shipyard, Pease Air National Guard Base and New Hampshire's defense-related companies, serve in protecting our nation.

Senator Shaheen is a champion for women here at home and around the globe. In 2018, she worked to broaden the Violence Against Women Act (VAWA) in order to better investigate and prosecute violent crimes against women. In 2016, President Obama signed into law the Shaheen-authored Sexual Assault Survivors’ Rights Act, a federal bill of rights for sexual assault survivors. Jeanne Shaheen has also been a consistent supporter of Planned Parenthood and the critical health services it provides to thousands of Granite Staters. She has led bipartisan efforts in Congress to permanently repeal the Trump administration’s expanded Global Gag Rule, which undermines the availability of family planning and other health care services in developing countries, and got legislation signed into law that gives women a seat at the table to better facilitate lasting conflict resolution around the world.

New Hampshire is the only state in the nation without a full service VA hospital. To expand health services for veterans, Shaheen worked with members of both parties to pass VA reforms enabling Granite State veterans to receive quality health care outside the VA system and closer to home.

Senator Shaheen has made streamlining government and fiscal responsibility a hallmark of her career in the Senate, identifying many areas of waste and inefficiency. She has introduced bipartisan legislation to reform the congressional budget process, eliminate duplicative programs, and phase out unneeded and costly tax breaks for sugar growers and mining companies. She has also led efforts to eliminate exorbitant subsidies for powerful special interests like pharmaceutical and oil companies.

Shaheen recognizes the severity of the environmental and economic threat that climate change poses to New Hampshire and the world. She supports smart energy policies that will curb carbon pollution and preserve New Hampshire’s way of life. As a champion for energy efficiency, Shaheen created programs while Governor that saved New Hampshire families and businesses over $1 billion. In the Senate, Shaheen has worked across the aisle in Congress to pass national energy efficiency legislation which was signed into law by President Obama. Further, Shaheen has established a goal of more than 50 percent clean and carbon-free electricity by 2030.

Senator Shaheen has a reputation for outstanding constituent services. She and her staff have successfully helped thousands of constituents navigate bureaucracy, avoid foreclosure, secure military commendations, receive delayed Social Security and Medicare assistance, and access VA benefits, among many other services.

Shaheen served as Governor of New Hampshire from 1997 to 2003. During her time in the statehouse, she helped create nearly 67,000 new jobs while keeping New Hampshire's tax burden the lowest in the country. (Learn more about Jeanne Shaheen's three terms as Governor.) With bipartisan support, she expanded public kindergarten to thousands of families and made higher education more affordable with a tax free college savings program.

Between her time as Governor and election to the U.S. Senate, Shaheen served as the Director of Harvard University's Institute of Politics at the Kennedy School of Government.

Shaheen was born in Saint Charles, Missouri. Her father worked his way up to a management position in a shoe factory and her mother worked as a secretary in their local church. After attending public schools, Shaheen received a bachelor's degree from Shippensburg University in Pennsylvania and a master's degree from the University of Mississippi. She and her husband, Bill, live in Madbury and have three daughters, Stefany, Stacey and Molly, and seven grandchildren.