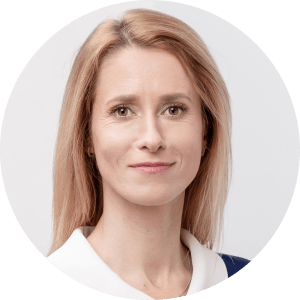 Prime Minister Kallas received a degree in law from the University of Tartu in 1999 and completed postgraduate studies at the Estonian Business School in 2007. H.E. Krišjānis Kariņš, Prime Minister of Latvia.