There is still a long way to go before the protests in Belarus could lead to a regime change, argues Katia Glod. 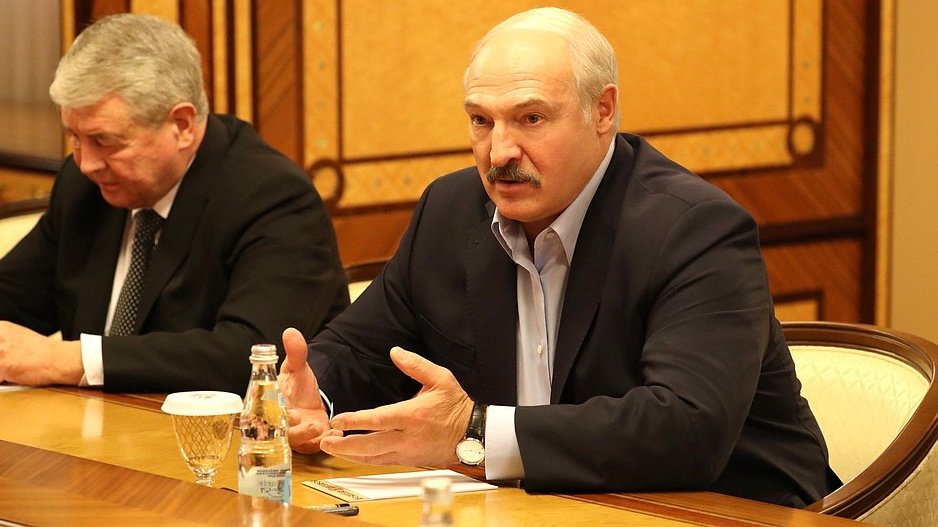 Will Belarus get rid of its authoritarian ruler?

Even if the massively rigged election were not enough evidence, the unprecedented brutality against peaceful demonstrators that ensued as well as the popular mobilization against the regime, encompassing the whole country, clearly show that Alyaksandr Lukashenka has lost legitimacy with his own people. However, the game is far from over and democracy’s victory is not assured.

Lukashenka is a ruthless dictator, profoundly lacking the culture of dialogue or concern for the well-being of the nation. His mission is total authority and personal enrichment. In a recent interview with the Ukrainian journalist Dmitry Gordon, he said that he cannot imagine himself not being a president, as he does not “know what to do in the morning.” Talking to the workers at the MZKT plant this week, he shouted that there would not be a new election unless they “killed” him.

Over the 26 years of his one-man rule, Lukashenka made no concessions to societal players and quickly revoked a largely artificial roundtable with the opposition organized under the pressure of the OSCE in the late 90s. His promise (first made in 2018) to hold a referendum on a new constitution that would devolve some of his powers is empty: a cunning tactic to keep the status quo.

The regime – with a few small exceptions – remains monolithic. The apparatus that Lukashenka built from scratch over the 26 years runs from the Presidential Administration down to the lowest village level and is loyal to him personally, for reasons of high remuneration, access to economic resources, corruption, and bribes. There have been no significant resignations from the state or local authorities or at the top of the security services and the military. The authorities refuse to recognize the evolving political crisis and hope that the protests will burn out. Their tactic is to temporarily de-escalate the violence of the police and intimidate protesters with reprisals or co-opt them with perks (e.g. increase salaries for teachers). They are also coercing workers and public employees to stage rallies in support of Lukashenka.

One big hope is factory workers. Many victims of beatings and tortures are working class young people. Their parents are furious. Protest rallies have taken place reportedly at nearly a thousand state-owned-enterprises, including those vital for the country’s hard-currency exports, such as the Belaruskali potash fertilizer facility and the Naftan and Mozyr oil refineries. Workers have put forward articulate political demands, including the resignation of Lukashenka and new elections. If these are not met, they will go on an indefinite strike.

Yet the numbers behind these appeals are unknown. For example at one of the four mines at Belaruskali, over 1,000 signatures have been collected as of today [Tuesday] out of 16,000 employees overall (more signatures may have been collected at the other mines). Lukashenka told workers at two plants in Minsk that they are being used as pawns in an external political game and that if they “lose the first president” they will “lose the country”. Soon after coming to power in 1994, Lukashenka put free trade unions under state control. Workers are now setting up individual strike committees at their companies. The old opposition, albeit its more ‘effective’ branch, is trying to unite the individual committees into one national strike committee.

The opposition needs to find credible heavyweight figures. Yesterday, Svyatlana Tsikhanouskaya, in exile in Vilnius, announced that she is prepared to become a national leader to hold a dialogue with the authorities on the transition of power. But the list of her Coordination Council members is disappointing. It is too large, with over 20 people and growing. Its members are a disparate group of independent experts and analysts, who have always been outside the official policy circles, as well as figures from the former opposition, who have proved disunited and marginal in the past.

Tsikhanouskaya is not a skilled politician. Nor are the other two female leaders from the election “Trio” – Maria Kalesnikava, the manager of ex-banker Viktar Babaryka’s campaign, or Veranika Tsapkala. The opposition needs help in contacting and convincing members of the current or former elite. Moderate technocrats, like Syarhey Rumas, prime minister until June 3, who seems to have given some indication of support to protesters (through his wife’s social media accounts), or Kiryl Rudy, a former presidential economic advisor and ex-ambassador to China, are two potential candidates. Other former high-level officials, including from the siloviki (securocrat) group, now live in Russia.

Defecting from the elite carries serious personal and professional risks. But without such support, the opposition is unlikely to force concessions and the protests may indeed lose momentum. Some infrastructure is being built up on the basis of the volunteers who helped the medics during the acute stage of covid-19. But for now the protests remain largely self-organized, lacking clear leaders and a strategy.

Photo: “Russian-Belarusian talks” by kremlin.ru under CC BY-4.0.