The Political Pendulum Swings in Lithuania

A new, optimistic coalition in the Baltic country gets ready to govern. Will its ambitious, forward-leaning agenda gain traction? 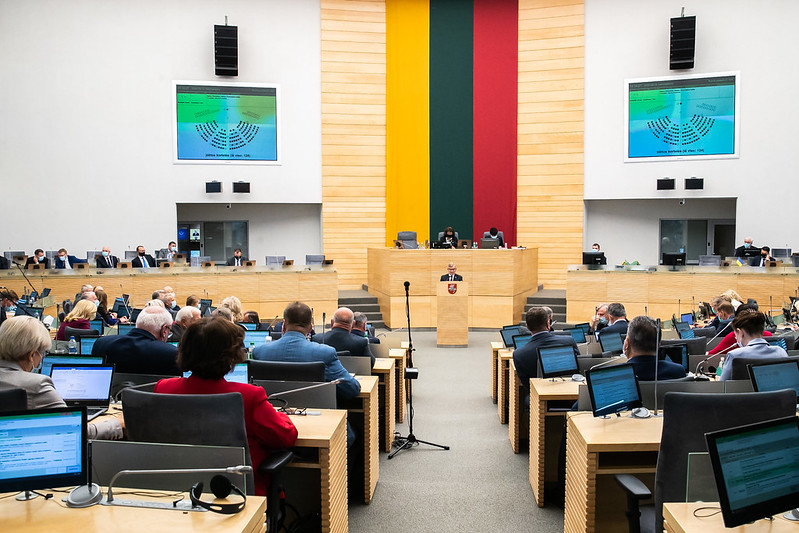 A new, optimistic coalition in the Baltic country hopes its victory is a death-blow to cronyism, ethnic politics, and rejuvenation of inclusive democracy.

In Lithuania, no political party has won the parliamentary election twice in a row. With a growing health crisis caused by the pandemic, budget deficit, and growing unemployment as the main issues at stake, Lithuanian voters last week came out in droves in support of the change. The election results bore out a desire for a state that is more transparent, innovative, and free – and where human dignity is valued and respected.

This year, Lithuania’s political pendulum gravitated towards the center-right, with the opposition party Homeland Union (TS-LKD) claiming victory in the second round. TS-LKD secured 50 seats in the Seimas, while its partners, the Liberal Movement and the Freedom Party, took 13 and 11 seats each, respectively. According to Mažvydas Jastramskis, a political analyst at Vilnius University, “These were rather typical European elections as disappointed voters turned to the opposition in hopes of more effective management and better results.”

Typical elections, but with remarkable serendipity. A new ruling coalition will be led by three experienced and competent female politicians. Ingrida Šimonytė, Lithuania’s former Finance Minister was instrumental in leading the country out of the 2009-2012 economic recession and came close to winning Lithuania’s presidential elections in 2019. Independent and rather liberal, Šimonytė will form a cabinet in partnership with international chess champion Viktorija Čmilytė-Nielsen of the Liberal Movement and politician Aušrinė Armonaitė of the Freedom Party. The coalition is set to form a new government based on overlapping party priorities and shared principles, like improving the quality of education, investing in innovation, improving the public health system, and support for human dignity, individual rights, and freedoms. Šimonytė has pledged that ministers in her cabinet will be exemplars of transparency, fairness, and will have spotless reputations.

After four years of having the Lithuanian Farmers and Greens Union (LŽVS) in power, Lithuanian citizens had had enough. The proximate cause for voter disenchantment was COVID-19: the LŽVS government had mismanaged the pandemic in the eyes of voters, creating uncertainty and confusion with their opaque decision-making process. These mistakes, emblematic of the party’s ruling style, obscured some of its tangible accomplishments, such as poverty eradication, social exclusion reduction, and legislation supporting the country’s NGOs.

The election pendulum was also not favorable to parties without clear goals and outdated agendas. Some of the most senior Social Democratic Labour Party (LSDDP) members, who spent over 25 years in parliament, lost their seats to more progressive and forward-leaning parties. According to Former President Dalia Grybauskaitė “[Lithuania] voted for the future and left behind the politics of revenge, lies and denials.”

This election also represents a resounding rejection of patronage politics and ethnic party loyalty. The Electoral Action of Poles led by Waldemar Tomaszewski failed to pass the 5% threshold in multimember districts for the first time since 2008, and only three party candidates secured seats in single-member constituencies. Through the years, the Electoral Action of Poles has received criticism for its pro-Kremlin views. A breaking point for voters may have been when it failed to take part in a vote in parliament against “The Illegal and Imposed Union with Russia on Belarus” in early September. Tomaszewski justified his party’s abstention by claiming that the text of the resolution (initiated by the now-ascendant TS-LKD) raised unjustified tensions between neighboring states – a bizarre statement, given both Lithuania and Poland have been among the staunchest supporters of democratic Belarus.

The failures of the Electoral Action of Poles opened the door for an emerging community leader Evelina Dobrovolska, a young lawyer, human rights activist, Vilnius City Council Member – and a Lithuanian Pole – to make her mark. Evelina ran for parliament with the Freedom Party and won, not as an ethnic Pole on the list of an ethnic party, but as an idealistic politician running on a set of policy proposals and values. On her personal webpage, Dobrovolska tells an emotional story about herself, and how she became an advocate for national minorities. In a video clip, she highlights that politicians tend to exploit ethnic minority tensions for political gain and divide societies, instead of addressing these tensions through legislation and advocacy.

The new government’s most pressing task will be to tackle the coronavirus pandemic – both in terms of its effect on public health and the economic downturn it has led to. While Lithuania hasn’t had a catastrophic experience with COVID thus far, the country’s daily increase in coronavirus cases has been reaching new highs during the latest wave. In response to the pandemic, the new coalition pledged to seek more expert advice from medics and scientists and provide more transparency and clarity to the public.

In addition to high unemployment, now at over 14%, the new coalition is likely to face a budget deficit of €4 billion next year. In response, the incoming government is pledging to avoid the kind of austerity measures that were enacted in the wake of the 2008 financial crisis by then-ruling TS-LKD. Instead, the government is planning to implement gradual tax cuts to help solve long-term unemployment issues, while investing in future-oriented sectors such as renewable energy, resource management, and digitalization.

The new coalition also pledged to collaborate with all members of parliament including an outgoing LŽVS, which will return to the Seimas as the opposition with 34 seats. It will not be easy to enact this ambitious agenda. But the coalition hopes that its ultimate goal – to build a modern, sustainable, transparent, and green welfare state – will have broad appeal across society and will help build trust in government – and will avoid the pendulum swinging back after only one mandate.

Photo: Seimas of the Republic of Lithuania in session. Credit: Olga Posaškova, Office of the SeimasPhoto: Ingrida Šimonytė, 1 May 2019. Credit: Wikimedia Commons 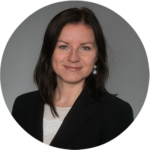