Countering the Kremlin’s Incapacitation of Ukraine The recent announcement in Kyiv by President Volodymyr Zelenskyy’s Chief of Staff that the government is willing to enter into negotiations with Russia’s proxies controlling parts of the Donbas illustrates how Russia’s subversion of Ukraine resembles the spread of a virus. The infection may be barely noticeable at the outset but […] 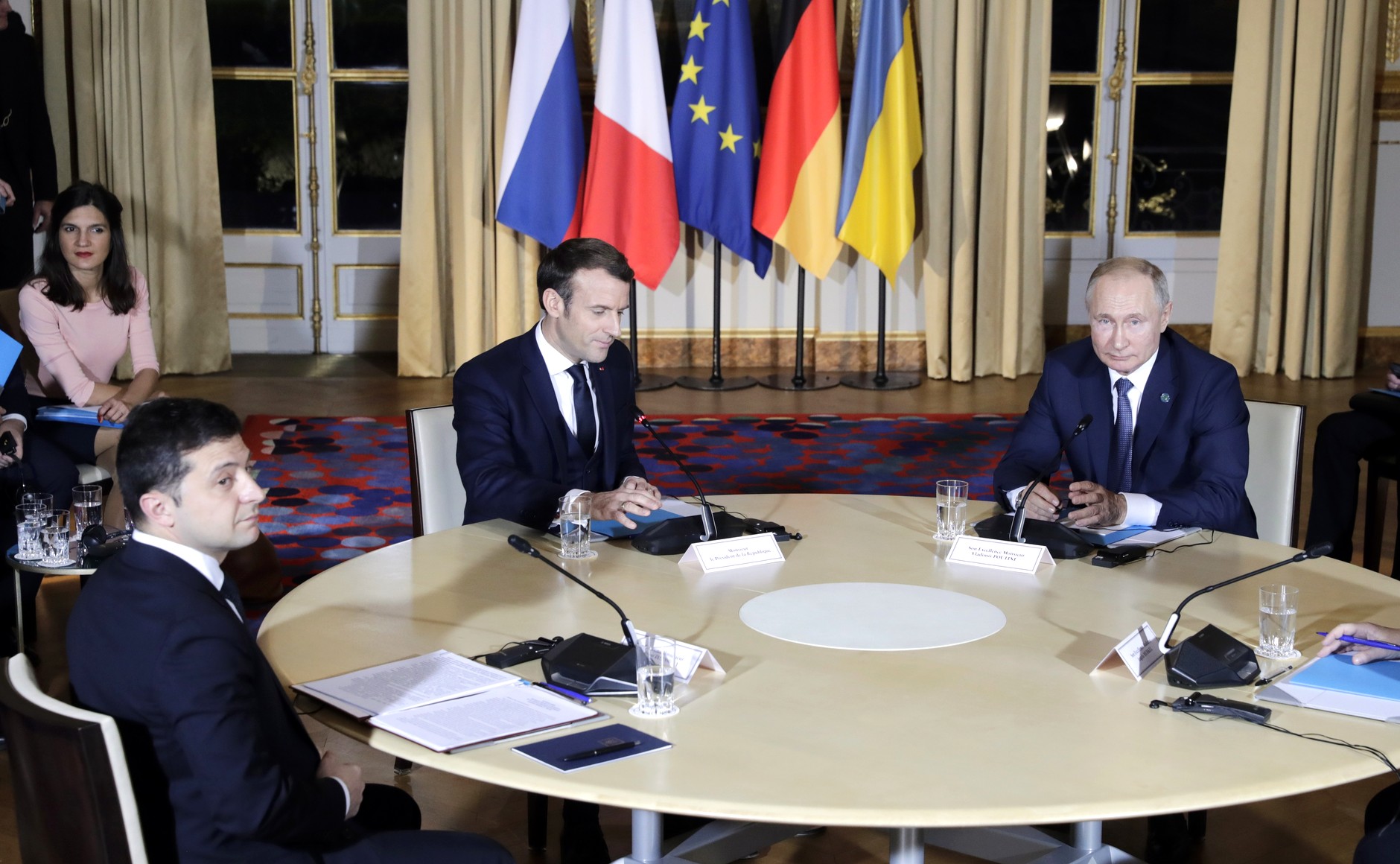 Countering the Kremlin’s Incapacitation of Ukraine

The recent announcement in Kyiv by President Volodymyr Zelenskyy’s Chief of Staff that the government is willing to enter into negotiations with Russia’s proxies controlling parts of the Donbas illustrates how Russia’s subversion of Ukraine resembles the spread of a virus. The infection may be barely noticeable at the outset but can stealthily expand until it paralyses a targeted state and amputates its territories. The concerted attempt by the Kremlin to neutralize the government in Kyiv should serve as a warning to other unprotected states that viral warfare is not simply confined to the spheres of propaganda or biology.

After six years of occupation in parts of eastern Ukraine, in which almost 14,000 people have died, President Zelenskyy would be taking a major risk if he enters into direct negotiations with Russia’s proxies. On March 11, representatives from Ukraine, Russia, and the Organization for Security and Cooperation in Europe (OSCE) agreed to form an Advisory Council to include equal representation from Ukraine and the Kremlin-created Donetsk and Luhansk “People’s Republics.” Zelenskyy’s initial decision faces stiff opposition in Ukraine and it is unclear whether it will be confirmed at a meeting in Minsk later this month.

Critics argue that any talks with the proxies will bestow them with legitimacy and could eventually incapacitate the Ukrainian state from embedding the country inside Western institutions. Even lawmakers from the President’s Servant of the People party asserted that according to Ukrainian law conducting negotiations with Russia’s Donbas proxies is considered treason. Nevertheless, the Advisory Council is to include 10 representatives from Ukraine, 10 from the proxies, and one from each of four observers—the OSCE, France, Germany, and Russia. And although all Council decisions must be approved by three-quarters of the representatives, critics view this as the thin end of the wedge to paralyze Ukraine, especially if Paris and Berlin are willing to sacrifice Ukraine’s EU aspirations for a rapprochement with Moscow.

The Advisory Council is to consider holding local elections in the occupied zones, a proposal contained in the Steinmeier Formula, and agreed upon in October 2019 by the leaders of Ukraine, France, Germany, and Russia. If the OSCE judges the balloting to be free and fair, then a special self-governing status for the territories will be initiated and Ukraine will supposedly regain control of its eastern borders.

However, such a plan is fraught with perils given Moscow’s persistent violations of international agreements. Until now, Kyiv has remained adamant that elections will only be held under Ukrainian law once all Russian forces are withdrawn and Ukraine can control its entire eastern frontier. Moscow’s negotiating tactics systematically search for any weaknesses and openings that can increase its leverage. Once the proxies are allowed into Ukraine’s body politic then under Russian and Western pressure Kyiv could concede more political ground and the threat of renewed warfare will be used as blackmail.

Russia’s geopolitical virus has three main stages: infection, transmission, and incapacitation. What is now described as “hybrid warfare” is a mutated version of earlier Soviet offensives during the Cold War to disable, defeat, and dominate adversaries. The tools rarely involve a direct military assault but consist of disguised and protracted interventions through a barrage of disinformation, conflict promotion, diplomatic offensives, and offers of compromise to paralyze a neighboring country.

The Kremlin’s infection of Ukraine began even before its seizure of Crimea in 2014, when Russian officials used the government of President Victor Yanukovych to neutralize Ukraine politically on the international arena and ensure its military degradation. Ultimately, much of the Ukrainian public proved immune to the disease of state corruption and subordination to Moscow and staged a revolution in February 2014 against Kremlin-sponsored Yanukovych regime. Unable to take control in Kyiv, Russian state planners focused instead on seizing the Crimean peninsula and large tracts of eastern Ukraine and to use these as leverage against the pro-Western government.

In this transmission stage of the revisionist attack, Moscow employed paid proxies, mercenaries, and special operations forces to try and capture several southern and eastern regions of Ukraine that Russian imperialists designated as Novorossiya (New Russia). But the operation failed to spread beyond two regions—Donetsk and Luhansk—because of Ukrainian resistance. And even in these territories, less than a third of Donbas along the Russian border was occupied under the direct protection of Moscow’s military.

The Kremlin is pushing for a split state in Ukraine in a model resembling that of either Moldova or Bosnia-Herzegovina, in which autonomous regions not controlled by the central government either disqualify the country from meeting the criteria for EU or NATO entry or actively block central government decisions by wielding veto powers in national institutions. Instead of an outright occupation of Ukraine, Russia is banking on concessions that will bring the same results without need for war or occupation.

With Western prodding Ukraine’s parliament has already passed a law that allows for autonomy for portions of Donetsk and Luhansk if Russia’s military withdraws. This leaves the door open for approving “special status” for the occupied territories, while Moscow transforms its forces into “peacekeepers” or “international monitors” similarly to Moldova’s Transnistria enclave. If the proposed Advisory Council is created with decision-making powers then the third stage of the territorial virus may ultimately enable Moscow to cripple Ukraine’s sovereignty.

Photo: “Normandy format summit” via the Kremlin under CC BY 4.0.

The New Transatlantic Data Deal: Will it Stick or End Up as Lipstick on a Pig?
October 7, 2022
Bandwidth
Data and Privacy