Inbox: The Battle for “Motor Sich”

Having been blocked before, China is once again trying to acquire a critical aerospace manufacturer from Ukraine. The deal should not be allowed to go through. 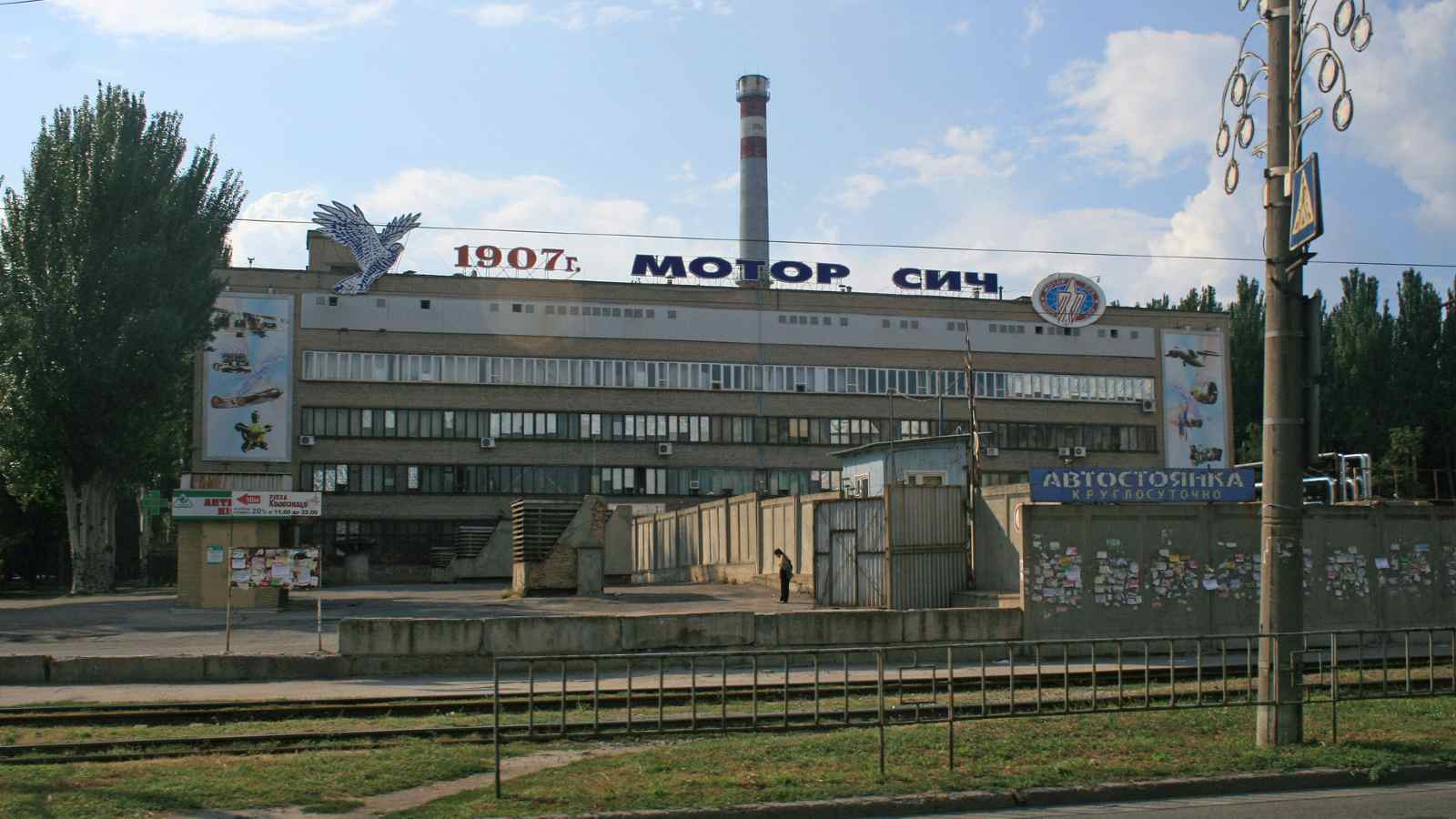 Having been blocked before, China is once again trying to acquire a critical aerospace manufacturer from Ukraine. The deal should not be allowed to go through.

To obtain strategically important aerospace technologies, China is making a new attempt to acquire shares from one of the world’s largest manufacturers of missile, helicopter, and jet engines: Ukraine’s JSC Motor Sich. China’s company Beijing Skyrizon Aviation – a subsidiary of Beijing Xinwei Technology Group – is bidding with support from a local partner, DCH Group, which belongs to Ukrainian businessman Oleksandr Yaroslavsky. Following previously failed solo attempts from Skyrizon, on September 23, the two submitted a joint application to the Antimonopoly Committee of Ukraine (AMCU) to purchase a stake in Ukraine’s aerospace giant.

In the past, the United States convinced Ukraine to deny such a deal as part of its broader efforts to curb China’s growing clout and presence in Ukraine and across Europe. This time, however, Motor Sich is seriously considering China’s offer and the enticing economic benefits it would bring. This would be a strategic mistake for Ukraine. The potential deal, which may also benefit Russia, would come with serious consequences to Ukraine’s national security. The incoming Biden administration ought to take note.

Motor Sich is a strategically important company for Ukraine. Before Russia’s invasion in 2014, it was an extremely successful enterprise. The plant, with a highly qualified staff of 29,000 produced unique aircraft engines, engine spare parts, and provided maintenance services for more than 120 countries. It generated at least $1b in annual revenue. The company’s products are installed in Mi-series and Ka-series military helicopters – among the world’s most-produced helicopters – as well as Antonov An-124 Ruslan and An-225 (Mriya) planes, the largest airplanes ever built. The company even developed its own helicopter, the MSB-6 Ataman. The United States and at least 14 other countries use one or more variants of helicopter engines produced by Motor Sich.

Until 2014, Russia accounted for 75 percent of Motor Sich’s exports. After the ban on exports to Russia in the aftermath of Crimea, the enterprise fell into a deep crisis. The Ukrainian government failed to help the company with finding alternative markets, inadvertently playing into China’s hand. According to prognoses, by 2045 China will be the world’s largest helicopter market, with a projected volume of up to 15,000 helicopters. To meet these types of needs in the past, China has preferred to reverse engineer foreign military technologies from Russia, Ukraine, and other former USSR countries, making Motor Sich a highly desirable purchase. The use of Ukrainian engineering developments could potentially contribute to China’s dominance in this strategic sector. Furthermore, as Beijing seeks to grow its military might, it views Motor Sich as a potential engine producer for key capabilities such as satellites and cruise missiles.

China’s interest in Motor Sich was sparked in 2009 when it made its first move toward the company.  By early 2015, Motor Sich and Skyrizon signed a memorandum of cooperation, which included some technology transfers from Ukraine to China. In return, Motor Sich received a $100m loan over 10 years. The loan was provided by the state-owned China Development Bank, which meant that if Skyrizon went bankrupt, the Chinese government would gain control over the Ukrainian aerospace giant. In 2016, Vyacheslav Boguslayev (Chairman of the Board of Directors and Honorary President of Motor Sich) signed another agreement selling a controlling stake of the Ukrainian company to the Chinese. As a result, Beijing Xinwei Technology Group Co. Ltd – represented by a subsidiary of Skyrizon Aircraft and other offshore companies and controlled by Chinese tycoon Wang Jing – became the new co-owners of Motor Sich. According to various sources, Jing controls between 56 to 76 percent of the company’s shares.

Jing is renowned for spearheading China’s global ventures into developing countries with high levels of corruption and strong military connections to China (e.g., Myanmar, Cambodia, Ukraine, Nicaragua). He “gave an oath” to serve Chinese national interests and uses his company to expand China’s global influence. The Chinese businessman is also known for his ties with Russia, through his telecom business with Russian partners, dealings with Kremlin officials such as Vladislav Surkov (once Russia’s deputy prime minister and the force behind Russia’s war in the Donbass), and proposed business with Russia around the Nicaraguan Canal. All of these aspects sparked concern over Jing’s intentions with Motor Sich.

Fortunately, the Security Service of Ukraine (SSU) heeded these concerns and blocked the implementation of the co-ownership contract. Since 2017, those Chinese shares have remained under arrest.

Warnings from U.S. officials about unfair Chinese trade practices, intellectual and industrial property theft, and the risks for Ukraine’s national-security have continued. As a result, the AMCU launched an investigation of the deal and has rejected subsequent applications of the Chinese company.

But Wang Jing refuses to back down. In August 2020, Skyrizon and Oleksandr Yaroslavsky, who also has strong business ties with Russia, unexpectedly announced their cooperation and joint application to purchase Motor Sich shares. The prospect of Yaroslavsky’s partial ownership in Motor Sich poses additional risks to Ukraine, including the expected transfer of technologies to Russia in addition to China.

Despite claims from Jing and his Ukrainian partners that Motor Sich will remain a Ukrainian company without forced technology transfers, the threat is real. The unique technologies that Motor Sich uses in production belong to the Ukrainian state enterprise Zaporizhia Machine-Building Design Bureau “Progress”. Back in 2005, Motor Sich and Ivchenko-Progress signed an agreement granting Motor Sich design and operational documentation for aircraft and helicopter engines free of charge for 60 years. It is these technologies that have attracted China to the deal.

Facing an estimated loss of $3.5billon if the deal fails, Yaroslavsky and his Chinese partners have threatened to defend their interests in Ukrainian and international arbitrations. They have also launched an information campaign to lobby key stakeholders to favor the deal. Their actions have included promoting defiant statements from DCH and issuing thinly veiled threats against competitor companies in other countries like Turkey, who are interested in similar deals with Ukraine. Yaroslavsky and Skyrizon have also commissioned so-called “expert opinions” to support the deal and criticize the Ukrainian government for “depriving the country” of investment.

In this environment, Ukraine must realize that transferring Motor Sich rights to Jing and Yaroslavsky will most likely mean forfeiting its own strategic enterprise. This, in turn, could mean the end of Ukrainian aircraft engine production. If the deal goes through, China will focus on obtaining Ukrainian aircraft technologies rather than developing production in Ukraine. Additionally, Ukraine would likely lose some of its most modern military technologies, given that Motor Sich engines power its “Neptune” anti-ship missile systems, for example. Under Chinese control, the company could once again open up for currently-banned Russian business at the expense of Ukraine’s own security. This, in turn, would likely prompt U.S. sanctions against Motor Sich under CAATSA legislation.

Given the strategic importance of its relationship with the United States, as highlighted in Ukraine’s new National Security Strategy, Ukraine should reject Yaroslavsky and Skyrizon’s offer. Instead, Kyiv should look to other potential investors, including from India, the fastest-growing aerospace market in the world, and Turkey, where companies have already expressed interest in cooperating with Motor Sich. This would position Ukraine both to preserve its partnerships with the United States and to keep its defense industry assets. 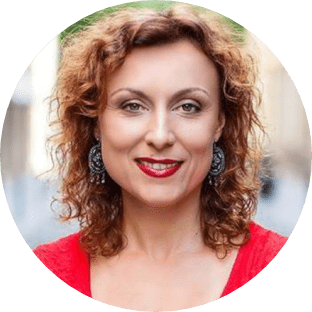