Agitation, Propaganda, and Division Moscow has a long history of disseminating disinformation to soften up its targets and achieve specific political goals. In Soviet times such initiatives were often included under the rubric of “agitprop” – agitation and propaganda. Agitprop campaigns were not only designed to convince people about the Bolshevik version of reality, they were […] 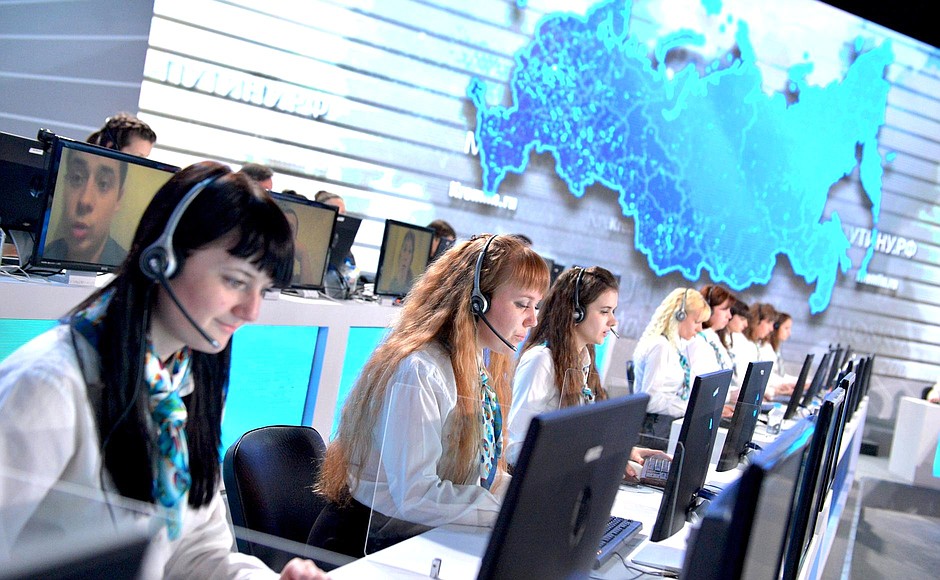 Moscow has a long history of disseminating disinformation to soften up its targets and achieve specific political goals. In Soviet times such initiatives were often included under the rubric of “agitprop” – agitation and propaganda. Agitprop campaigns were not only designed to convince people about the Bolshevik version of reality, they were also intended to mobilize them to act upon these convictions. Putinist agitprop aimed at Western societies has a similar purpose.

Kremlin propaganda offensives against democratic systems include both psychological and policy components. The objective is not only to divide Western societies, many of which are already politically polarized, or even to cultivate pro-Russian states. Its primary strategic goals are to paralyze democratic systems, fracture international institutions, and incapacitate national decision making particularly in countries that may challenge Russia’s neo-imperial aspirations.

While Soviet communism had a unitary ideological message in the global competition between two distinct socio-economic systems, Moscow’s contemporary narratives are “multi-ideological.” Its messages lack a singular precept or core value but are tailored and adapted for maximum impact among a diversity of targeted audiences.

These propaganda narratives include at least three major message clusters – traditionalist, progressivist, and sovereigntist. The “traditionalist“ narrative is constructed to appeal to anti-liberal, Euro-skeptic, social conservative, and conventional religious constituencies in which Russia poses as the defender of traditional values. Conversely, EU and U.S. leaders and institutions are depicted as immoral, deviant, decadent, multi-culturalist, atheistic, liberal, and libertarian.

In this propaganda vortex, the principles of NATO and EU integration are condemned as being in direct confrontation with traditional social, familial, and religious values. Whereas the Soviet Union proclaimed itself as a revolutionary social force, Russia now poses to conservatives as a counter-revolutionary power that cherishes stability, continuity, faith, and tradition. Paradoxically, fundamentalist traditionalism in a multicultural context can also be presented as revolutionary by appealing to disaffected nationalist youth as well as to the conservative older generation seeking to restore an idealized bygone era.

A second Kremlin-generated narrative can be designated as “progressivist.” It is a more direct successor to Soviet propaganda and crafted to appeal to Western radical leftist, militant pacifist, anti-globalist, anti-militarist, anti-capitalist, anarcho-nihilist, and radical environmentalist movements. It depicts Russia as an inheritor of the USSR, a staunch bastion of anti-imperialism and an internationalist vanguard against American global hegemony and corporatist capitalism.

A third distinct Kremlin narrative bundle is the “sovereigntist.” It often overlaps with the traditionalist agitprop but focuses on the promotion of ethnic nationalism, regionalist separatism, xenophobic racism, protectionist nativism, and absolutist state sovereignty. Propaganda campaigns along the sovereigntist front are designed to fracture Western democracies by promoting domestic secessionist movements and inter-ethnic or inter-regional rivalries, while urging the dismantling of multi-national institutions such as NATO that allegedly threaten state independence.

The three major narratives are not simply fashioned to passively appeal to Western citizens. The main purpose is to agitate and marshal people to act upon their perceptions and convictions. Agitprop can influence party preferences, voting patterns, and policy choices. It may mobilize the young to engage in protest actions, join militant political organizations, or actively support single-issue causes. Propaganda of the word is combined with propaganda of the deed.

Kremlin-linked oligarchs fund organizations and campaigns in Western societies that reinforce Moscow’s three clusters of narratives. In the traditionalist package, a number of ultra-rightists and populist parties have reportedly received loans, PR assistance, and campaign funds from Russian sources. In return, party leaders applaud Russia’s foreign policy and heap praise on Vladimir Putin as a strong and effective leader. Connections are also pursued with conservative church organizations, including evangelical groups in the United States that believe and preach that Russia is a staunchly religious and family-oriented country.

In its progressivist agitprop, Russian sources have funded or given publicity to ultra-leftist parties and movements that can help challenge the policies of Western governments. They primarily target younger generations who are more inclined to participate in anti-government protest actions or they seek to maneuver green movements and other causes to promote Kremlin interests.

Sovereigntist agitprop has benefited from a bonanza of ethno-nationalist, separatist, and pro-sovereignty movements in Europe. Brexit provided a valuable opportunity to support ruptures in the European Union and even the potential breakup of the United Kingdom. Regardless of their merits, Scottish and Catalan independence have either been encouraged or discredited by Russian propaganda activists with the aim of disrupting the domestic cohesion of Western countries.

Various liberation movements in Western states, including marginal separatists from Texas and California, have been invited to conferences in Moscow. Such gatherings also enable Russian officials to showcase and legitimize separatist groups in Georgia, Ukraine, and other neighboring states, while excluding autonomist, regionalist, and separatist organizations active in the Russian Federation. Moscow has also encouraged ethnic, racial, and religious disputes and fueled other socially divisive issues in the U.S.

The eclectic nature of Putinist agitprop not only broadens its appeal but it also ensures that countering Moscow’s disinformation is more challenging than in Soviet times.

Photo: “Direct Line with Vladimir Putin” by the Kremlin under CC BY 4.0.