Edward Lucas considers if the state of the U.S.-German relationship is an inflection point for the Alliance Germany is going soft on Russia. And the United States is teaching it a lesson. Cue rousing cheers from Poland, Ukraine, and other countries with reason to fear the Kremlin. Right? Not quite. It is true that two […] 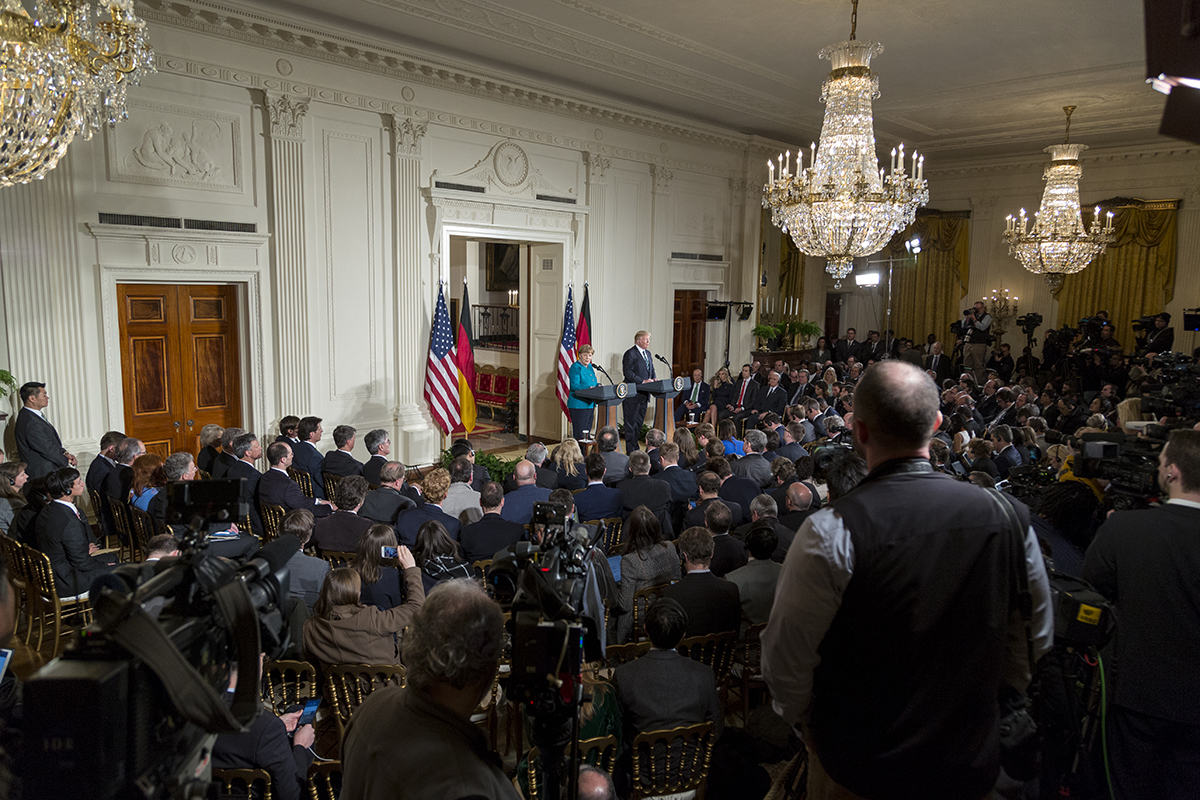 Edward Lucas considers if the state of the U.S.-German relationship is an inflection point for the Alliance

Germany is going soft on Russia. And the United States is teaching it a lesson. Cue rousing cheers from Poland, Ukraine, and other countries with reason to fear the Kremlin. Right? Not quite.

It is true that two German state premiers – Michael Kretschmer from Saxony and Bodo Ramelow from Thuringia – have said that it is time to drop sanctions on Russia. It is also true that President Donald Trump, while hosting his Polish counterpart Andrzej Duda at the White House, suggested moving 1,000 U.S. troops from Western Europe to Poland – and threatened sanctions if the Nord Stream 2 pipeline goes ahead.

The truth is more complicated. It is right to worry about Russian penetration of Germany’s political and economic elite. But not to panic. Both Thuringia and Saxony are in the old GDR, where pro-Russian sentiments are prevalent. Mr. Ramelow is a notorious Kremlin-lover, from Germany’s “ex”-communist Linke party. Mr. Kretschmer is from the governing CDU – but is pandering to his voters. He faced a storm of criticism, not least from his party leader, Annette Kramp-Karrenbauer.

It is worth remembering that Germany pushed through EU sanctions to punish Russia for attacking Ukraine. Also thanks to Germany, those sanctions have just been extended. The rising force in German politics is not the Russia-friendly far left and far right. It is the Greens, who detest the Kremlin’s bigotry and imperialism.

Despite ex-chancellor Gerhard Schroeder’s notorious relationship with Russia’s two biggest energy companies, German industry is not, actually, in Russia’s pocket. Look at the numbers. German foreign trade with “Eastern Europe” – the ex-communist EU countries plus Ukraine – was around $450 billion last year, more than six times the figure for Russia. Moreover, trade with these democratic, law-governed countries is booming; with Russia it is stagnant.

That creates a huge opportunity– but one that the countries of Eastern and Central Europe have mostly missed. The new generation of German politicians has little memory of the Cold War. Their world-view is mostly shaped by life, work, and study in the countries of western Europe. They are not hostile to the ex-captive nations, but they are – in my experience – often shockingly ignorant. Diplomats and politicians should be educating them. Instead, decision-makers, especially in Poland, seem to prefer unfounded speculation about German-Russian conspiracies.

Nor should anyone in the region celebrate the growing acrimony in U.S.-German relations. Washington is quite right to criticize Berlin for its palsied defense spending. It is also quite right to decry the Nord Stream 2 pipeline which will pump not only gas but corruption into the heart of the German political and economic system. Germans are quite entitled to question the U.S. administration’s strategy and tactics on a host of issues. Friends must sometimes speak bluntly to each other.

But not at the price of the friendship itself. The United States needs Germany – and Europe – by its side in the new era of great power competition. And strong transatlantic ties are vital for European security. NATO cannot function properly without German involvement, not least for rapid reinforcement of the frontline states. Germany’s role in improving logistics is vital. So too is its presence in Lithuania as part of NATO’s Enhanced Forward Presence tripwire.

Presidential rhetorical fireworks aside, it is almost certain (and desirable) that the bulk of the U.S. military presence in Europe remains in Germany. Moving some American troops to Poland – if that indeed happens – would be militarily and diplomatically sensible. It will strengthen the bilateral relationship with an important ally and make NATO’s defensive presence in the region more credible. It is not political punishment, and should not be portrayed that way.