Allies need to comprehend that there is one ambition they share which should prevail over all others — to inhabit and prosper in a world where technology supports democratic institutions.

The technology field has long been disordered in the transatlantic relationship. The upside is that we are now facing several clearly defined areas where the allies can work together to rebuild the transatlantic alliance on firmer ground. As technological challenges grow, they also point to the need for clear goals around which transatlantic partners can rally and support each other. Of these current issues, most seem important.

First and foremost, there is a growing worry about the use of emerging and disruptive technologies (EDTs) by authoritarian regimes to serve their political agendas, both internally and abroad. Digital technologies are being deployed to ensure regime stability, thwart human rights and oppress dissident groups. It remains to be determined how the advantages in technologies like artificial intelligence (AI), autonomous systems, or quantum computing will affect the global balance of power. Nevertheless, the EDTs have been recognized by the world’s major powers and NATO as areas of strategic competition with potentially transformative implications for modern conflict and international security.

They can also be used as tools of geo-economic leverage, as indicated by the controversies over 5G deployment. There is a serious need for a shared transatlantic acknowledgment of the geopolitical dimension of the EDTs that will serve as a starting point for joint undertakings in this regard, be they in research, investment, or regulation. In this respect, there is a solid basis for understanding as both the U.S. and the EU adhere to shared values of democracy, individual rights, and multilateralism. Cybersecurity remains a key area that would benefit from closer cooperation which should also address the threats of the weaponization or misuse of digital technologies like AI, which have inherently dual-use characteristics. Furthermore, the allies should work towards building frameworks that facilitate common responses to disruptive behavior by their cyber adversaries, such as state-sponsored attacks on civilian targets on both sides of the Atlantic, or disinformation campaigns aimed to erode mutual confidence among the allies.

Other areas include the establishment of common standards in technology, coordination, and common positions in international technology governance bodies or coordination on tech taxes.

Of course, there are some bones of contention in the technological field that have to be resolved if the transatlantic technological alliance is to succeed. The first and the most urgent is the question of privacy and the transatlantic transfer of data. Last year the European Court of Justice invalidated Privacy Shield, which served as the basis for EU–U.S. transfer and recently the Irish High Court rejected Facebook’s appeal against a probe into its data transfer mechanisms. European distrust of U.S. privacy practices was ignited by the 2013 Snowden scandal and although nearly eight years have passed it has not been dissolved, creating a continuing crisis of trust between the allies. To reach a consensus, the U.S. will have to show some goodwill and undertake measures to convince European partners that European data transferred to the U.S. will be treated with full respect at levels consistent with GDPR levels used in Europe. Any agreement also has to be robust and future-proofed, as data transfers lie at the heart of modern economy and further conflict threatens devastating consequences for companies and customers on both sides of the Atlantic. Overcoming this crisis would lay the firmest foundation for the rejuvenation of the transatlantic relationship and could create a benign atmosphere for the rebuilding of trust in areas far beyond the data issue.

The other is the resurfacing sentiment among some Europeans to end America’s indispensability to Europe. The origins of European Strategic Autonomy (ESA) were to achieve operational and strategic independence from the U.S. —it was never meant as an instrument to counter America. In fact, the desired outcome was to achieve burden-sharing and a more functional partnership. Similarly in the digital domain, calls for digital strategic autonomy or digital sovereignty should not be about challenging the U.S. or making room for European companies at the expense of American firms. Policy should instead foster the right conditions to ensure that the digital transformation will be respectful of individual rights and benefit European society. ESA, with a crucial technological dimension, has recently evolved to embody Europe’s ambition of becoming a more capable and coherent actor on the global stage. That also signifies a more capable and resourceful partner and hence was also labeled “open strategic autonomy.”

The road ahead seems marked out. The disagreements that need to be resolved do not present an existential challenge. They rather stem from ambitions. Compromises should be made on both sides. Most of all, the allies need to comprehend that there is one ambition they share which should prevail over all others — to inhabit and prosper in a world where technology supports democratic institutions and protects rather than undermines individual rights. As they say, it takes two to tango.

Michał Rekowski is a Program Director at the Kosciuszko Institute, a non-partisan Polish think-tank focused on the geopolitical role of digital technologies and the organizer of the European Cybersecurity Forum – CYBERSEC 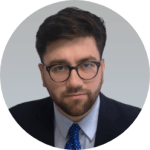