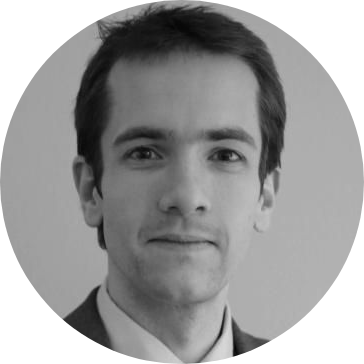 The current Russian leadership has no incentive to dial back its efforts to undermine Western cohesion, especially since the assessment in Moscow is that these are largely succeeding. The West should, therefore, expect more, not less, tactical exploitation of the logics of chaos for the foreseeable future. Despite individual countries becoming more resilient to Russia’s evolving hybrid warfare, as seen in the cyber arena in Estonia and to some extent, the United Kingdom, the problem remains that the broader Western alliance as a whole is still underprepared to cope with and respond effectively to Russian destabilization.

As a result, miscalculation and overreach by both sides in crisis scenarios are increasingly more likely and outcomes more unpredictable. Geopolitical competition will look less like a cold war and more like a constant barrage of violent episodes, low-threshold probes of Western readiness, and strategic deception and obfuscation of targets and intentions. Russia’s resolve to engender global chaos could unintentionally lead to an escalatory cycle. This danger will be compounded by Russia’s relentless effort to probe NATO’s coherence and ability to defend its member states.

Without equal assessment and adaptation to Russia’s evolving tactics of hybrid war, Western policies will become less effective over the long run. Despite growing sophistication in certain domains, such as cyber, Russian influence attempts are often messy and opportunistic, taking advantage of weaknesses within target states’ systems.

Moscow has also shown itself to be effective at identifying and filling, with minimal resources, power vacuums left behind by Western, and in particular U.S., disengagement. Comprehensive measures to address these vulnerabilities should necessarily also restrict the potential entry points for Russian influence attempts.

A strategic policy approach should systematically consider the following three pillars of response.

Russia’s destabilization efforts rely on highlighting inadequacies, inconsistencies, and hypocrisies in democratic societies. Chaos at home serves Russia’s strategic interests that have long sought to equate democracies with chaos and authoritarianism with stability.

Combatting Russian hybrid warfare should start by taking the focus off Russia. As with addressing any state-based nefarious activities, building resilience starts at home by supporting wider societal resilience. The United States should lead the global community of democracies to champion democratic values and principles, and that starts with setting an example of democratic governance.

The United States, as home to some of the world’s largest social media platforms, should lead the regulatory agenda to ensure that Russia and other malicious foreign states cannot exploit the public discourse of open societies. Russia pioneered state-sponsored information influence operations, but the problem is now far broader than Russia.

To confront this reality, the United States should work closely with Europe to craft a regulatory agenda that prioritizes democratic values and principles when it comes to online content moderation, personal data use, and algorithmic transparency.

The United States should invest more capabilities and training in cybersecurity threat mitigation. Russia’s cyber capabilities have evolved to become increasingly sophisticated and far-reaching. The United States, and other Western allies, are not immune to cyberattacks — rather, Western countries are quickly becoming prime targets for Russian cyber operations. The 2020 SolarWinds hack, attributed to Russia, infiltrated more than 250 U.S. federal agencies as well as hundreds of U.S. companies.1

In the longer term, the United States and Europe will need to work together to develop a cyber deterrence strategy vis-à-vis Russia and other state actors that seek to use cyber tools to attack critical infrastructure systems, steal sensitive national security data, and breach intellectual property rights. Such a strategy should set out clear parameters for engaging with adversarial states in the cyber domain, which should include an elaborate response framework that works to de-escalate confrontation between cyber superpowers.

The fight against information manipulation — Russian or otherwise — starts at school and must continue through all demographics. It is of the utmost importance to offer future generations of information consumers the proper tools to decipher the informational environment. Comprehensive media literacy education is indispensable for a long-term defense against norm destabilization and disinformation. It provides a safety net as media practices evolve and should be woven into national curricula from an early stage.

In this regard, there are lessons that Western countries can learn from frontline states, such as Ukraine and Estonia, that have been targets of Russian information warfare for decades. Developing a critical lens for misleading or manipulative information as part of a broader civics education should be a priority in secondary education curricula.

REASSESS THE NATURE OF THE ‘RUSSIA CHALLENGE’

After the end of the Cold War and the West’s declaration of “victory” over the Soviet Union, Russia studies were quickly relegated to an unwanted dark art. Meanwhile, Russian military planners never stopped red teaming the West.

It is time to pay more attention to Russia studies. There is an urgent need for a better policy understanding of the evolution of Russian strategic thinking and its tactical applications. The U.S. government should increase support to public institutions, agencies, research centers, and think tanks working on Russia studies. This must be done by taking into consideration the diversity of national approaches to Russia, and the need to better coordinate expertise and policy in the United States and beyond.

Through more coordinated and calibrated policy, the goal should be to achieve a sense of unity in the West as regards the nature of the “Russia challenge.” This could be achieved in the United States through increased engagement with European partners, fostered by the Biden administration. While it may be hard to achieve a common understanding, greater policy coherence with Western partners should be pursued.

In parallel, it is vital that the new U.S. administration does not relegate Russia affairs to the back burner or deprioritize them. The “Russia challenge” is here to stay and should not be overlooked as a consequence of the overarching necessity to address all things China.

COOPERATION AND SUPPORT FOR ALLIES

The United States cannot push back against Russia alone. It should spearhead more comprehensive links with partners and allies in order to calibrate not only policies but also effects.

Sharing best practices is critical in that regard, alongside increased coordination and support in countries targeted by Russian hybrid warfare. This could take the form of increased intelligence sharing, return of experience, and lessons learned from successfully pushing back against Russian hybrid attacks, as well as specific cooperation programs between NATO allies — an effort the United States could lead.

Such an endeavor should also include coordination between responses that fall within the jurisdiction of crime-fighting agencies, intelligence and security services, and the relevant regulatory bodies. When a country is under the stress of Russian aggression, the international community should increase its level of direct support and solidarity.

The Russian leadership hates surprises: there is space to explore asymmetric policy options that push back more actively against Russian hybrid operations. A priority for the United States should be to systematically and comprehensively expose, attribute, and discredit Russian operations — especially information manipulation operations and cyber operations — and even more so when they are unsuccessful.

The United States and its Western partners should agree on practical standards and steps directed at limiting the spread of Russian propaganda and disinformation. This is about defending our common values and concerns as well as fighting against Russian misuse of the information sphere for politically and socially subversive aims.

MOVE DETERRENCE TO THE GRAY ZONE

Traditional frameworks of response to Russia’s “chaos strategy” do not apply in the gray zone or against hybrid operations. It is, therefore, vital to invest more time and effort in pursuing asymmetric responses by using unconventional capabilities.

Russia should not be allowed to avoid responsibility for using nonlinear, ambiguous means. Quicker reaction times against Russian hybrid operations should be achieved by adapting legal and normative frameworks to gray zone deterrence in the United States. Asymmetric pushbacks should be encouraged without sacrificing values and ethical standards of operation.

For instance, the United States should use the full scope of sanctions authorities to target relevant entities, organizations, and individuals involved in the implementation of hybrid attacks aimed at destabilization and violation of sovereignty and territorial integrity of the United States and its Western allies.

Ultimately, the U.S. and Western response to Russia should have a desired end state in mind — namely, agree on what a “properly” behaving Russia would look like. While changing the strategic intent of the current Russian leadership is a useless endeavor, it might be possible to alter its cost-benefit calculus in the gray zone and force it to reconsider using hybrid tactics against the West.

Imposing costs for hostile action is necessary, but testing Russia’s proverbial pain threshold should be done keeping in mind the potential for tactical errors and miscalculation.

By Oscar Jonsson
“The Russian leadership’s ability to achieve its goals — regime security and great power status through weakening the EU and NATO — comes from its power of destruction rather than its power of attraction.”
READ NOW