With the most critical weeks in the pandemic ahead, Romania’s poorly-ranked medical system is already struggling. On April 7, the country has so far registered 360 new cases, bringing the total to 4,417 and the death toll to 197.

Romania was already short of doctors and nurses: 43,000 medical professionals have left since the country joined the European Union in 2007. Those that remain are, as in many EU countries, complaining of the lack of protective equipment amid fears stoked by the outbreak of the coronavirus in many healthcare facilities. In Suceava in northeast Romania, bad management led to the infection of 200 medical professionals. With one-quarter of the country's registered deaths, the city is now called the Bergamo of Romania. It is under quarantine. New outbreaks have also been registered in hospitals in Arad, Ţăndărei, and Bucharest.

A further problem is the return of 250,000 diaspora Romanians and people from Moldova with Romanian citizenship. Romania has the world’s fifth-largest diaspora. Many live in coronavirus hotspots such as Italy, Spain, France, and the UK. Quarantine and testing measures were initially insufficient. Cases abound of people avoiding quarantine, including many families that live in unhygienic conditions and with no income sources. Some Roma families that recently returned from the UK are threatening to break into shops and public buildings if food will not be provided.

This has become a hot political issue. Rareș Bogdan, an MEP from the ruling National Liberal Party, accused the diaspora of defying the quarantine and many mayors from the party stated that returning emigrants are flouting the restrictions. Bogdan asked the Interior Ministry to intensify the presence of police and gendarmerie. The opposition Social Democrats demand better support for the returned emigrants.

The problem is set to intensify, with a further 200,000 diaspora members heading home. Orthodox Easter will take place on April 19; those wanting to celebrate it at home have been hurrying back to Romania, despite appeals from President Klaus Iohannis and a warning by prime minister Ludovic Orban that all citizens entering Romania after April 5 will be quarantined, and thus not home by Easter. Despite the social stresses caused by the poorer migrants, others are resourceful, risk-taking entrepreneurs. If circumstances force them to stay in Romania it may contribute to the country’s future economic stabilization.

Romania limited its solidarity with the rest of the EU to repatriating its citizens from affected countries. It also illuminated the Cotroceni Palace (the seat of the presidency) with the colors of Italy and Spain and announced that it will send doctors to Italy. Romania would do well to focus its efforts on the neighboring country of Moldova, which is at an even greater chance of a health and economic disaster. Failure to do so risks creating room for Russian influence.

Moldova’s President Igor Dodon already invited the EU and the United States to follow Russia’s example in offering what he termed “unconditional help” in the form of a loan. Dodon also stated that political debates should be left aside and cited public health grounds to limit human rights and freedom of speech. The broadcasting regulator attempted to exclude independent opinions about the coronavirus crisis, permitting only official communications. Fortunately, the decision was reversed, but in the context of Moldova’s weak institutions the crisis offers plenty of scope for Russian information — and influence — operations.

Leonela Leca is a researcher at the Global Studies Center in the Lucian Blaga University of Sibiu, Romania. 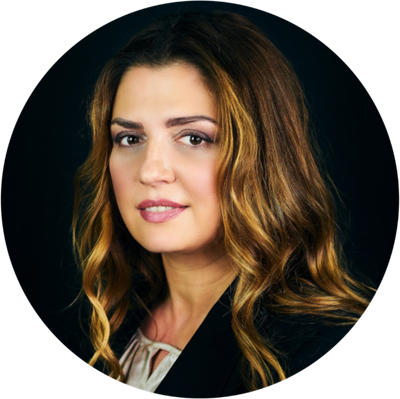