The Belarusian authorities’ brutal crackdown has earned condemnation far and wide, yet neighboring Ukraine’s reaction has been reserved. Volodymyr Zelenskyy’s presidential administration merely offered a testy statement in reaction to Belarusian claims that Ukraine was interfering in its affairs. The foreign ministry merely recommended that Ukrainians avoid traveling to Belarus. The Ukrainian government, like the United States, still recognizes the regime in Minsk.

This wait-and-see approach has earned criticism from Ukrainian experts, politicians and the public. Kateryna Kobernyk, the co-founder of the Babel news outlet, says “Ukraine is acting just like the countries that we denounced for their lack of action during the Maidan revolution.” Serhiy Sydorenko, the editor-in-chief of European Pravda, a news website, says Ukraine’s vague statements reflect a lack of knowledge, competence, and strategy.

A further reason for Ukraine’s reticence may be the mysterious Wagner affair, which led to the recall of Ukraine’s ambassador from Minsk and strained relations, even before the rigged election sparked mass protests. In late July Belarus announced that it had detained 33 mercenaries it claimed had been hired by Wagner Group, a Russian private military company, to destabilize the regime in Belarus. Ukraine said some of the men had fought in the Donbas, and asked for them to be extradited to face trial in Ukraine. A week later they were returned to Russia with no explanation, prompting an oddly weak reaction from the Ukrainian authorities.

Ukraine’s neighbor to the north has been ignored internationally for 26 years – written off as a small, boring, Sovietized country. If Belarus had been noteworthy for anything, it was its stability. Even in Ukraine, policymakers probably know more about faraway Canada than their northern neighbor. The relationship has been pragmatic, based mostly on shared economic and security aims, although in 2014 Ukraine’s then president Petro Poroshenko asked his Belarusian counterpart Alyaksandr Lukashenka to host negotiations to end the conflict in eastern Ukraine. The move brought German and French leaders to Minsk, ending the country’s diplomatic isolation. These talks, although stuttering, offer the only prospects for a peace process for the time being, which is one reason why the authorities in Kyiv would like to keep ties with Belarus calm.

Ukraine’s cautious approach to Belarus can also be explained by the Zelenskyy’s resounding victory in the 2019 presidential elections. Poroshenko’s stridently anti-Kremlin tone was replaced by realpolitik, which chimed with a war-weary public.

Since Lukashenka is down, but still far from out, Ukraine’s priority is to help maintain the balance of security in the region. A possible military intervention in Belarus by the Kremlin would alter the security landscape drastically, and to Ukraine’s detriment. By keeping in Lukashenka’s good graces, Zelenskyy may hope to play the role of mediator in a diplomatic initiative to maintain Belarus’s stability, while at the same time keeping Russia at bay.

Belarus is no longer boring. Elected on a mandate to bring peace and security, Zelenskyy cannot ignore a destabilizing crisis on the northern border. His current position, while irking nationalists at home, offers him flexibility. So Ukraine’s president is likely to stick to his realpolitik, even at the expense of losing some ground to the opposition in the local elections in October. 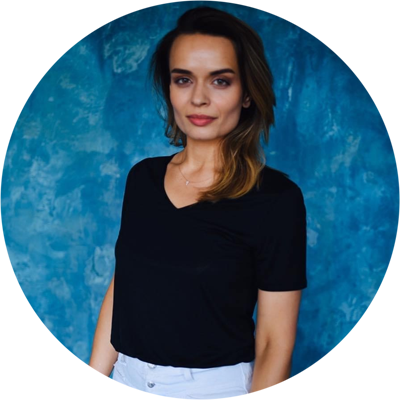