30 years after it was established to help restore the economies of post-communist Europe, the European Bank for Reconstruction and Development (EBRD) has a new and equally urgent task: helping Europe resist malign Chinese influence.

Founded on May 29 1990, as part of a unified European and transatlantic response to the tumults and opportunities of the collapse of communism, the bank has invested more than $150bn across thousands of projects. It has played a central role in the economic and political stability of the post-communist world.

Now, growing Chinese influence has replaced the transition from totalitarianism as the most pressing issue facing Western policymakers. Controversy surrounds murky and politicized terms of Chinese loans and deals, including “highways to nowhere” in southeast Europe. Western policymakers worry about growing debt burdens, supply-chain dependence and China’s use of market access as a political weapon. Propaganda campaigns and diplomatic threats against countries that criticize China or support Taiwan heighten fears further.

The coronavirus pandemic amplifies the threat. Economic pain will make Chinese loans even more tempting, and leaders in hard-hit countries will be more willing to accept the political strings attached to them. China is also using the pandemic to promote claims about the efficacy of authoritarianism and its role as a global leader, as well as to disparage Western responses to the outbreak.

That’s where the EBRD comes in. Uniquely among multilateral development banks, it has an overtly political mandate: to support democracy and open economies. The Chinese system of political repression and state capitalism is inimical to this mission, so it is no surprise the EBRD is already strengthening European economies against China’s encroachments.

One aspect of this is providing financing for the Three Seas Initiative (TSI), a European project designed to boost connectivity in Central and Eastern Europe. Of the 48 priority projects identified by TSI participants, 26 will potentially be co-financed by either the EBRD or the European Investment Bank (the European Union’s lending arm). The TSI is an unstated rival to the Chinese-sponsored 17+1 format, which brings together 16 ex-communist countries plus Greece to compete for infrastructure projects backed by the authorities in Beijing.

The EBRD has other tasks. It has put itself at the center of Europe’s response to the coronavirus pandemic, pledging billions of euros as part of its Solidarity Package approved in March. This includes financing for small and medium enterprises and investments designed to create new jobs — areas in which the EBRD has decades of experience.

At a moment when China is touting itself as Europe’s savior and eurosceptics are criticizing the EU’s pandemic response, the bank’s work could not be more important. An immediate priority should be to advertise it better. Next, the TSI should focus more on green energy, one of the EBRD’s primary goals. The U.S., which has pledged $1bn in investments for the TSI, should disburse those funds in coordination with the EBRD to eliminate areas of potential overlap and benefit from the bank’s decades of experience supporting CEE economies.

Additionally, the bank should shift its geographic focus. It now operates in 38 countries stretching from the southern Mediterranean to Mongolia. In 2018, more than 40% of its investments were outside Europe. That was a sound decision made some 15 years ago, reflecting growing stability and prosperity, and a desire to avoid crowding out private investors in Europe. But times change. Faced with the twin challenges of covid-19 and an increasingly aggressive China, it is time for the EBRD to come home again.

Photo: “EBRD Headquarters London” by the European Bank for Reconstruction and Development under CC BY-NC-ND 2.0 Development. 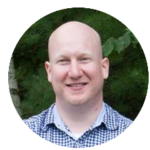