10 years ago this week, I was walking into a Georgetown restaurant for brunch on a beautiful Saturday morning when I received a phone call via the CIA Operations Center phone tree; Poland’s presidential aircraft had crashed in Russia, killing the president and 95 other members of the political and military elite. My eyes immediately filled with tears over the loss of so many lives. Concerns about whether Polish democracy could “survive” given the astounding loss of the country’s leadership abounded — as did conspiracy theories of Russian responsibility for the crash. I had to reassure members of the U.S. Congress of the stability of the Polish government and that rumors of Russian fog machines being used to disorient the pilots were unfounded. Thankfully, Poland continued to flourish economically and democratically as an increasingly engaged EU member in the immediate years that followed.

A decade later, we face a very different picture in Central Europe and in the United States, where administrations infringe on democratic ideals, use unyielding partisanship as a political tool, and erode long-established alliances. In Poland, the presidential crisis exacerbated existing political partisanship and, for many, exposed Poland’s long-standing sense of victimhood, leading to the return of the euroskeptic and nationalist Law and Justice party, which won power in the legislative elections of 2015. In the same year as the plane crash, Viktor Orbán’s Fidesz party — similarly euroskeptic and nationalist — regained power in Hungary and since then has only grown stronger. Here in the United States, the Trump administration pulled back from America’s traditional stance as a role model for and supporter of democracy and human rights while serving as a strong partner to long-standing allies, including the previously unthinkable — questioning the value of NATO.

With this backdrop, the rise of the COVID-19 pandemic is exacerbating these national and transnational divides at a time when what is really needed is increased cooperation and collaboration. We see individual, ham-fisted actions based on political calculations and expediency, ignoring experts and infringing on the rule of law — actions that are short-sighted and destined for failure in the long term.

A look at how the authorities in Warsaw and Budapest have responded to the COVID-19 crisis demonstrates these risks, which prompted the EU President last week to stress publicly that controversial emergency measures should not infringe on fundamental values such as democracy and the rule of law. Orbán’s constitutional majority in the Hungarian Parliament passed measures that suspend elections and allow him to rule by decree indefinitely. But in Poland, the ruling party refuses to declare a state of emergency because it would postpone the May 10 presidential election, in which the incumbent (and favorite) is actively campaigning while his opponents follow lockdown orders. Moreover, the party chairman Jarosław Kaczyński is pushing through last-minute amendments to an emergency COVID-19 law that alters the election code to favor his party, in violation of parliamentary and constitutional rules.

Some curbing of liberties may be a necessity when confronting a contagious pandemic, but such actions should be limited, proportional, and of a duration supported by facts and the relevant medical experts. While President Donald Trump has not yet undertaken similar measures in the United States, perhaps because he has dismissed the seriousness of COVID-19 until quite recently, he has spoken approvingly of Orbán and Kaczyński and the power they enjoy domestically.

Crises create the perfect setting for a leader to justify claiming extraordinary powers, particularly as constituents are more likely to tolerate restrictions on their liberty during an emergency. For example, in the EU, angst over Brexit has given way to a focus on containing COVID-19. But checks and balances are vital in a democracy. Public and legislative oversight, including criticism and questioning from the media, are vital to protect constitutional democracies and hold governments accountable — perhaps most importantly during a crisis. In Poland, Hungary, the United States, and elsewhere, these critical components of democracy have been under strain even before the coronavirus.

Similarly, international alliances and cooperation have been in decline in recent years in Europe and the United States. The value of these transatlantic alliances and “special relationships” — once taken for granted as a necessary ingredient for world stability — are increasingly questioned in the “America First” era, which similarly resonates with the nationalist leaders of Poland and Hungary.

In contrast to the aftermath of the Polish plane crash, we should approach this crisis as an opportunity to overcome partisan divides and to increase cooperation, hopefully coming out even stronger in the end. Despite the urge to clamp down and go it alone, building and maintaining alliances — among political parties, organizations and countries — is critical during a crisis whose resolution is contingent upon cooperation and teamwork. At the same time, we must protect our democratic values and exercise the right to criticize political leadership, particularly in life-and-death circumstances that require expert inputs and fact-based solutions. COVID-19 presents an opportunity to show that democracy and cooperation offer the most effective way forward.

Marguerite Rivard Benson is the founder of Sticky Wicket Advising in Washington, DC and a former CIA officer. She was previously a management consultant at McKinsey & Company, a USAID Foreign Service Officer, a Fulbright Fellow in Poland, and an OSCE election monitor in Ukraine.

Photo: The Polish Flag under Public Domain via Pikrepo. 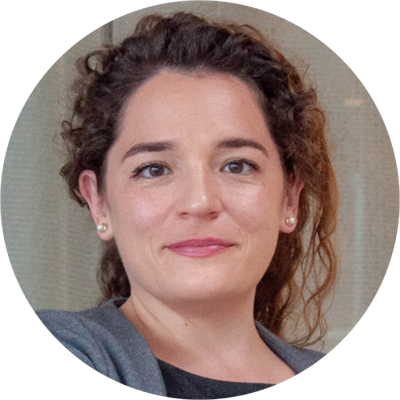