If Poles can shop, they can also vote. That was President Andrzej Duda’s contention during a Facebook Q&A on March 30. The Polish head of state is running for re-election and the ruling party Law and Justice (PiS) is determined to hold the presidential elections as scheduled on May 10 despite the coronavirus pandemic.

The authorities are making efforts to minimize the physical risks. Poland’s parliament recently passed a bill enabling the 2020 poll to take place solely by postal vote. Just beforehand, the leader of the ruling Law and Justice party Jarosław Kaczyński, told Polish radio that such postal elections “don't bring any health risks” for voters and those organizing the poll.

Health risks to people are one thing. The health of democracy is another, elections are not just about voting. Fair campaigning allows voters to test ideas, to ask questions, and to draw comparisons. All major candidates — apart from the current president — have halted their campaigns since the health  crisis started.

However, the benefits of incumbency in a crisis are huge. A recent IBRiS opinion poll shows that since the COVID-19 outbreak, President Duda has the support of nearly 53% of the public — enough to win in the first round. The president is one of ten confirmed candidates. The main contenders are Władysław Kosiniak-Kamysz of the agrarian Polish People’s Party (PSL) in second place with 12.6%; and Małgorzata Kidawa-Błońska of the main opposition party Civic Platform (PO) with 11.4%.

Both have criticized holding the election on May 10. Kidawa-Błońska called for a boycott. Another IBRiS poll suggests that 77% of Poles would even prefer to extend the presidential term rather than hold the election.

Other concerns could well seem more pressing. The country is dealing with 7,202 confirmed COVID-19 cases and adding new social restrictions in order to fight the coronavirus epidemic. Even walking in pairs is prohibited —  everyone must keep a two-meter distance, entering forests and beaches has been banned, and youth under 18 are not allowed out without adult supervision. As of April 16, everyone is required to cover their mouth and nose in public spaces.

The fast footwork has worried outsiders. Ingibjörg Sólrún Gísladóttir, Director of the Warsaw-based Office for Democratic Institutions and Human Rights, part of the Organization for Security and Cooperation in Europe, stated that “the current limitations on public gatherings due to the pandemic make campaigning close to impossible.” Gísladóttir added, “I am concerned that if the presidential election goes ahead under the current circumstances, it may fall short of a number of international standards.”

The maneuvers have also rattled the ruling coalition. Jarosław Gowin, the leader of one of three coalition parties, resigned, saying in a TV interview that the pandemic should put electoral politics on hold.

Tomasz Grodzki, the speaker of the Senate, stated that the bill had been passed too quickly, despite its importance. He said the upper house would need to ask for opinions from the ombudsman, National Electoral Committee, Supreme Court, and other authorities on the constitutionality of the new measure.

Since the last parliamentary elections in October 2019, control of the Senate has been in the hands of the opposition. This gives the upper house time to form an opinion on fast-track bills and also delay the legislative efforts, with 30 days to accept, reject, or introduce amendments. But the lower house has the right to override the Senate’s delay. It is only a matter of time before the postal-voting bill reaches the president’s desk. What happens after that — and whether postal ballots actually reach voters — is another question. 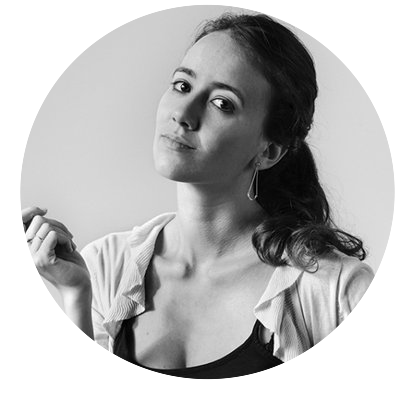