“Latvians have never existed.” “The country has not existed for more than 50 years.” “It was better off in the Soviet Union.” These generalizations are some of the arguments frequently made by pro-Kremlin media during the celebration of the hundred years since the Proclamation of Latvian independence. Trying to discredit the country worldwide by reproaching Latvia for the alleged rebirth of fascism, rewriting history, attributing the image of a failed state to Latvia, and emphasizing discrimination against the Russian-speaking population are frequently used Kremlin narratives.

One leading Russian language outlet, Latvia Vesti.lv, published an article with photos, taken by ex-deputy of the Riga City Council and social activist Ruslan Pankratov, showing people walking around the streets with flags bearing a swastika. In using Pankratov's photos, Vesti.lv aimed to portray Latvians as Nazis. “There are photos that appear on social networks every now and then, which represent very strange tendencies in Latvia and are supported both by the authorities, the security services, and apparently by the ‘curators’ from the US Embassy," it speculated. "On the one hand, this is an ‘ancient’ Latvian swastika...On the other, who knows what these people actually wanted to say.” The Russian media often uses a narrative which argues that Latvia’s political elites glorify Nazi ideas and deny Nazi crimes. However, torchlight processions have been part of the Latvian Proclamation Day celebrations since the 1920s. Further, pre-Nazi Swastika-type symbolism can be traced back to the country’s early pagan history. (The design has been labelled the “Thunder Cross,” the “Fire Cross,” and “Branched Cross,” and has been said to symbolize happiness, energy, fire, and wind,” traditions that are part of Latvian culture, without any association with fascism).

Another Kremlin-friendly outlet, RuBaltic.Ru, went even further, questioning—without factual support—why November 18 should be observed as Latvia’s national day at all. The article states "there is no one to congratulate,” since “there are no Latvian people by default. There are Estonians, there are Lithuanians, there are no Latvians." "The main asset in the country,” it continued, “is not a person born in Latvia (a citizen with all rights), but an [ethnic] Latvian who is a native Latvian speaker.” This assertion is not true, since, according to the Latvian constitution, "persons belonging to ethnic minorities have the right to preserve and develop their language and their ethnic and cultural identity.” Other reasons for not congratulating Latvia, according to RuBaltic.Ru, were that the country actually has not existed for a century, since it was "part of the friendly Soviet Union for 50 years.” RuBaltic.Ru went into detail about the prosperity the Soviet Union brought to Latvia, the ingratitude of the Latvian people, and its "evil" collaboration with the West after the collapse of the USSR. This also is part of the frequently used Kremlin-narrative that a pro-Western Latvia is doomed to fail as a country.

Pro-Kremlin media also speculated critically about why the President of Lithuania could not attend the Latvian centennial celebrations. (President Dalia Grybauskaite’s plane broke down and Grybauskaite was not able to attend any of November 18 celebrations in Riga. The President of Estonia did so, however, along with the presidents of Iceland and Finland). Some of Russia's media outlets, among them Sputnik and Rubaltic.ru, used Grybauskaite’s absence to speculate about the worsening relationship between Latvia and Lithuania. Again, this claim was not backed up by any facts.

Since the celebrations, various pro-Kremlin media channels continued to spread false narratives about Latvia's statehood. For example, Vladimir Linderman, a non-citizen and a criminal who has been arrested by the Security Polices, criticized Latvia for discriminating against ethnic Russians. Many Russian media republish what he writes. Since the centennial, Vesti.lv, has published frequent articles about the "horrors" of state education reform and how it is aimed at oppressing ethnic Russians. The Ministry of Foreign Affairs of Latvia earlier had concluded that "Russia is demonizing Latvia over education reform,” and will probably continue to do so in the future. Nevertheless, Latvia has commemorated the 28 years since the Barricades of January 1991, which remembered Latvia non-violent resistance against troops who were attempting to reassert Soviet power over the nation.

As Latvia's hundredth and first year has commenced, there are no doubts that the state will continue to be targeted by disinformation from Russia. But the impact so far has been limited. As concluded by the Swedish Defense Research Agency, "in all three Baltic countries there are new, younger generations today with Russian as their mother tongue but increasingly identifying themselves as loyal citizens of their country of residence.” In that sense, Russia’s wielding of soft power against the Baltic states has been a failure. Nevertheless, it is important to remain vigilant. 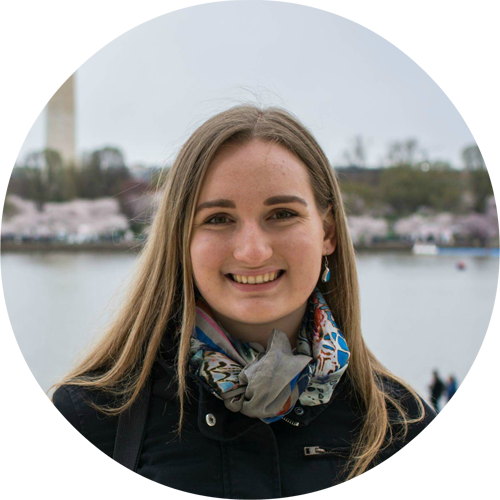