Thousands of Serbs have demonstrated in recent weeks against a new lithium mine and its enablers in the authoritarian government.

Earlier this month, my 15-year-old daughter decided that instead of doing her chemistry homework, she would join me in support of anti-government protests, on the streets of our town, in the face of heavily equipped police officers.

It was to be the first demonstration of her life and yet it was also the continuation of a family tradition — for a quarter of a century, I and others have challenged the Serbian government’s often-appalling misunderstanding of democratic norms by making ourselves heard in places where we cannot be silenced.

As we approached the protest’s gathering point, my paranoia grew stronger with each step. I realized that my own child was here in a place where pro-government hooligans and the police might be given permission to use force. Suddenly, the memories of past experience rushed in, and I remembered the protests that had lasted for three months during 1996-1997, and those of October 2000, when we finally toppled the Milošević regime. So I hurriedly passed on some family wisdom — stay close; use your water-bottle to wet a handkerchief in case of smoke, because the smoke would most likely be teargas; don’t panic if you get separated; head straight home; but avoid the boulevards and use the passages through the blocks of buildings of New Belgrade.

Even as I offered this frenetic advice, the recognition dawned that the moment marked a  passing of family tradition, that is of the rituals, customs, and skills communicated between generations. In Serbia, for my family, that means demonstrating against our oppressive regimes.

The organizers of the two-hour protests who invited the citizens to block vital city roads are, officially, eco-activists, accompanied by the opposition parties and movements. The goal was to prevent Rio Tinto from building a lithium mine that would endanger the health and wellbeing of hundreds of West Serbian inhabitants. The revolt was also provoked by a wholly ambiguous and conspiratorial process for granting consent and permission; by the treatment of citizens that lived in the area; and by an urgent enactment of legislation on referendums and property expropriation, passed by a parliament absolutely dominated by just one party (President Aleksandar Vučić’s Serbian Progressive Party, the SNS, won 190 of the 250 seats last year, in an election marred by electoral malpractice and an opposition boycott.)

Most Serbian citizens find the expropriation law especially problematic, for it says that the state can set the price of a private property it wishes to acquire, without allowing the owner to negotiate or challenge the price for her land or business.

Our protests have had some success. Many thousands of people demonstrated in almost 50 towns. Environmental problems and the green agenda incited interest and action for a significant number of citizens regardless of their political differences, or the well-established dichotomies in Serbian society, i.e. Europhiles vs. Russophiles, and liberals vs. conservatives. In normal times, this compartmentalization is a desirable means to defuse social dissatisfaction, especially when it comes to smaller, provincial municipalities.

To my mind, the breadth of the protests was sparked by an incident on November 27 in the city of Šabac, the industrial and cultural hub of Western Serbia which is close to the proposed lithium mine. Until the last election, Šabac was the only city in Serbia governed by a coalition of opposition parties and movements headed by its mayor, Nebojsa Zelenovic.

It was possible to reconstruct what happened from multiple smartphone videos live-streamed on social media. Essentially, around 200 protesters blocking the bridge over the River Sava were attacked by a dozen hooligans carrying identical sticks, who emerged from vehicles with tinted glass, which are habitually used by local officials, and followed behind an excavator trying to remove cars and farm vehicles being used as a makeshift barricade. The hooligans started hitting people with the sticks and a few hit back.

While there were no serious injuries (the excavator eventually broke through), the behavior of the state left a bad taste in the mouths of many citizens. The responsibility of those charged with endangering public safety and wellbeing for their attacks on members of the public, was very clear for everyone to see.

Šabac has long been the symbol of resistance to the ruling SNS and its control of every aspect of reality, every public institution, and every municipal government. Regardless of the fact that the local coalition of opposition parties lost the 2020 elections due to divisions over the boycott, widespread fraud, intimidation and harassment of voters, and vote-buying and poll rigging by the ruling party, tensions remained. And while Mayor Zelenovic had warned about the unprecedented ties, even for the Western Balkans, between the ruling party and criminal gangs acting as a party militia, his remarks drew no attention until the incident on November 27.

Despite the fact that both Serbia and the rest of the region have become blind spots in the Western geopolitical eye, that we are served as leftovers to be shared between Russia and China, and that we have a substantial lack of political freedom and human rights, Serbian society has shown its vitality and maturity during these protests by rejecting presumptions of more pollution, questionable social progress, and the unchallenged control over social wealth by a single party.

On our way home, my daughter and I were filled with delight from seeing the energy at the protest and that so many citizens had conquered their fear of potential repression and punishment (and there has been an official backlash — the prosecutor’s office has since started issuing misdemeanor charges for the protests en masse, while local SNS branches are now posting warrants against prominent female activists and journalists in small towns.)

My daughter did ask about the possible consequences, and she also asked about the next steps of our struggle and what it was like when we protested against Milošević. Caught between my impressions of that day’s events and the memories of 25 years of unending protest, and for almost the same reasons, all I could say was: “It’s better to participate than to let others shape your reality.”

We have no other country, I told her, and if she joined me the following Saturday as well, I would teach her the tricks that every protester must know, we would buy whistles and carry placards, and we would continue protesting for as long as it takes.

Igor Marsenic is a visual artist. As a city councilor in Šabac, he was an advisor to the mayor and was in charge of cultural and urban development policy from 2016 to 2020. 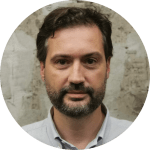