Despite some grumbling, Lithuania is sticking to its guns in an increasingly high-stakes battle with China.

There was a moment earlier this month when Chinese officials overseeing their campaign against Lithuania might have felt they were making serious progress.

The country’s president, Gitanas Nausėda said the government’s decision to allow Taiwan to open a representative office using its name had been an error. “I think it was not the opening of the Taiwanese office that was a mistake. It was its name, which was not coordinated with me,” he said.

The Chinese Foreign Ministry issued a welcoming statement, saying that “admitting a mistake is a step in the right direction, but it is even more important to take action.” The condescending tone was clear, but this nonetheless marked a significant step forward for the Chinese state, which only a fortnight earlier had been using its wolf warrior lexicon, warning that Lithuania would be “swept into the garbage bin of history.”

If there was any hope in China that Nausėda’s words signaled a major change in policy, it was swiftly quashed. “The actions Lithuania has been subjected to [by China] are a violation and today Lithuania is the one that’s been punished for its value-based position”, said Foreign Minister Gabrielius Landsbergis. (He also noted that President Nausėda had been informed of the government’s plans throughout.)

Landsbergis is nothing if not consistent. Last year, he made it clear that Lithuania had withdrawn from China’s 17+1 investment program, which had lured many Central and East European states hoping for Chinese cash: “There is no such thing as 17+1 anymore”, he said, and subsequently suggested it be replaced by a 27+1 format of the full EU plus China to ensure “dialogue on an equal footing.”

In words (though not many deeds), the European Union has been supportive, describing China’s behavior as “unjustified and disproportionate.” In a recent letter, President of the Commission, Ursula von der Leyen, and Council President Charles Michel also said “the EU and its member states have an interest in, and a right to, further develop relations and cooperation with Taiwan.”

Yet while China shows an increased willingness to exercise economic pressure to advance its interests, in Lithuania and elsewhere, the EU has yet to act to protect the integrity of the European single market. The bloc has informally referred the matter to the World Trade Organization (WTO), but dispute rulings take as long as three years.

Meanwhile, China is taking increasingly extreme (and novel) action. Last month, Reuters revealed that China was pressing large European companies to drop Lithuanian suppliers. It quoted Mantas Adomenas, Lithuania’s vice-minister for foreign affairs, saying that multinationals had been told to terminate their contracts with Lithuanian firms, or “they will no longer be allowed to sell to the Chinese market or get supplies there.” Some deals had already been canceled as a result,” he said. One of the pressured companies was reported to be Continental, the German car parts producer.

It is clear that Lithuania is now squarely in China’s gunsights. The Taiwan decision and the departure from the 17+1 has seen China demand Lithuania withdraw its ambassador to Beijing, in December it first removed, then reinstated, Lithuania into its customs registry, and has since made clear that patriotic companies may choose not to order its products. The volume has also been turned up on hostile rhetoric; “tiny, crazy” Lithuania even received a dressing down from the editor of the Global Times, the frothy communist mouthpiece, who called it “a US running dog that barks most fiercely at the strategic rivals of the US,” and pointedly noted it feared being wiped from the map.

While Lithuania is divided between a president and a government with a long history of disputes, it is unlikely that the policies of Prime Minister Ingrida Šimonytė’s administration will change. And anyway, the argument simply makes clear the divergent opinions that define any true democracy.

There is also a positive side to events, as new opportunities open up. Taiwan has established a $200m fund to invest in the country’s tech industries, including lasers, biotech, and semiconductors. Taiwan is also setting up a semiconductor task force for Lithuania in 2022.

The US has also made clear its support, with US Secretary of State Antony Blinken describing Foreign Minister Landsbergis as “the voice of human rights and democracy not only in Lithuania but also in the world”.

This drama is far from over. Lithuania will need to effectively communicate its commitment, both domestically and internationally, towards the Lithuanian public, to the EU, as well as internationally and toward China. A failure to unflinchingly pursue its values-based foreign policy would mark a victory for authoritarian bullying, with Lithuania and the democratic world the losers. 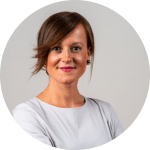