Tipping the balance in favor of democracy, human rights, and a more just and equitable world will require unrelenting persistence and hard work 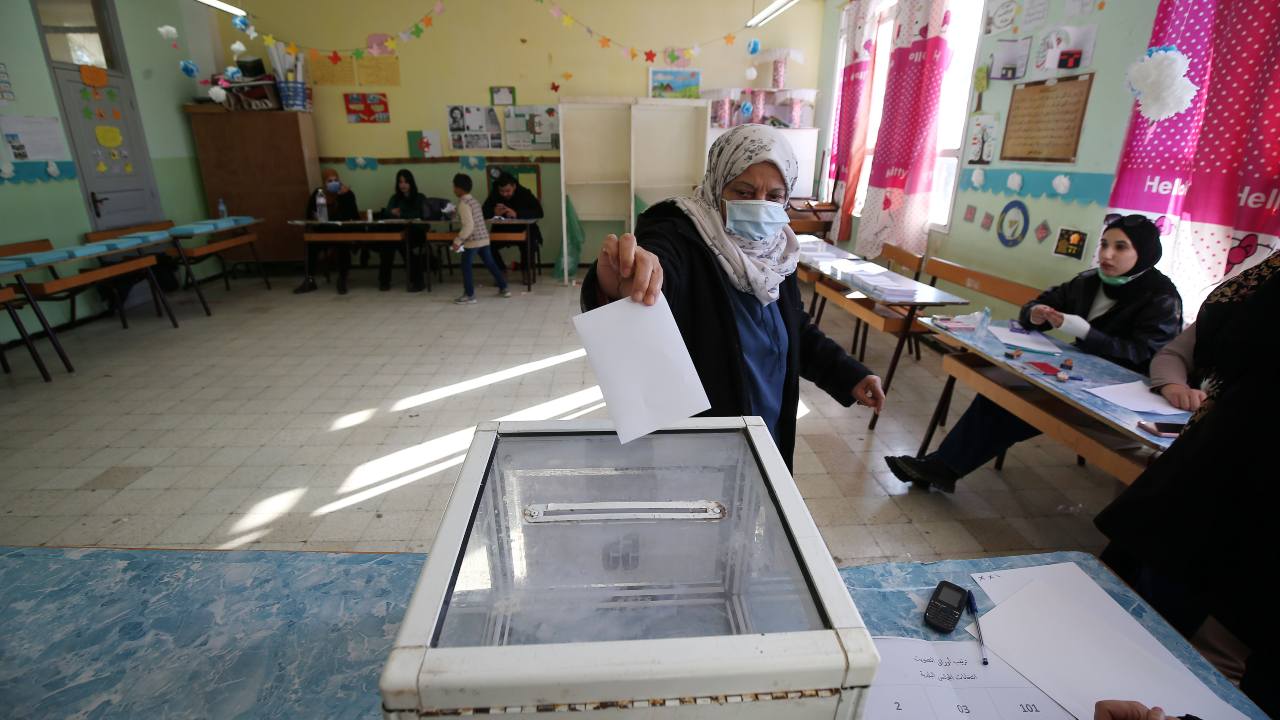 Photo: Election of members of the municipal and wilaya popular assemblies for five-year terms, in Algiers, Algeria on November 27, 2021. Credit: Billal Bensalem/NurPhoto

Latvia Poised to Summon Conscripts as Russian Menace Grows Iran vs. the People: A Test of Legitimacy Digital Democracy: Tech Can Strengthen Open, Free Societies Western Elites — Rubles Bought (Some of) the Best From Havel to Pavel: The New Czech President What’s a Russian? Rebuilding Ukraine: A Historic Plan for Congress
Explore

This special edition of our Democracy Playbook updates our 2019 compendium of evidence-based democracy best practices with the research and developments of the eventful past two years. Most importantly, we here extract from that rich body of knowledge ten proposed pro-democracy commitments for consideration by participants in the upcoming first Summit for Democracy on December 9–10, 2021, and the subsequent year of action. 1 We break down each of the ten commitments into a series of specific and measurable steps that all stakeholders can undertake to renew and strengthen democracy, fight democratic backsliding, and usher in an era of improved governance. After the Summit, we will update the Playbook again with the best of the learnings from that gathering for use as we build towards the 2022 follow-up event a year from now.

The inaugural Summit for Democracy, to be hosted by President Biden and his administration, is a historic moment for the world’s governments, citizens, civil society, independent media, the private sector, labor, and more to focus and coordinate on our most pressing domestic and global governance, human rights, and security challenges. 2 The perils of inaction are profound given the accelerated gains of autocrats, adversaries, enablers, and others who repress persons and weaken liberal and nascent democracies, commit human rights abuses, and expand corrosive corruption. These actors deliberately polarize people, create damaging divisions, and hinder collective efforts to address profound global challenges, including the increasingly devastating impacts of climate change and COVID-19. We applaud the Biden administration’s leadership and its democracy agenda, which has bipartisan and international support and seeks solutions to reverse illiberal trends and promote pro-democracy forces, and rightfully refuses to hand off problems to the next generation.

To meet this moment—and advance a democratic renewal locally, nationally, and globally as called for by President Biden 3 —will require effort. That effort includes greater collaboration and deeper commitment from allies, leaders, and key stakeholders at the December event and the implementation of democracy agenda deliverables beyond 2021. The year of action between the December 2021 summit and the 2022 in-person summit provides critical momentum and an extended time frame for governments and pro-democracy forces to make good on commitments, build resilience, reverse backsliding, focus on good governance, and improve the lives of citizens at home while bolstering democracy globally.

In advancing these goals—key to peace, prosperity, and security—elected leaders, civil society, independent media, private sector elements, and other key partners on the frontlines of democracy globally are already beginning preparation for the 2021 summit. They do so with high expectations that leaders will “make both individual and collective commitments to defend democracy and human rights at home and abroad.” 4

Hence this Democracy Playbook: Democracy Summit Edition updates the 2019 first edition of the Playbook. 5 This revision focuses on specific commitments and actions that governments and political actors, civil society, businesses, labor groups, international organizations, and other stakeholders in democracy and human rights across the globe can make in connection with the Summit. The commitments described in the Executive Summary are backed by an extensive review of the social science literature and the practical experience of the past three decades, demonstrating that these pro-democracy measures can work when implemented with leadership and commitment. That is, these are measures that can make democratic institutions work more effectively and transparently for citizens, bolster resiliency, and halt and reverse democratic backsliding where it occurs (which is almost everywhere). The commitments are rooted in the relevant evidence and history: What the scholarship and practice of democracy over the decades since the end of the Cold War teach us about what can, and what does not, drive democracy forward.

We hope that the wide range of stakeholders participating in the Summit will find the analysis and evidence herein useful as they design catered, context-specific, pro-democracy commitments and deliverables. These commitments are also made as touchpoints for debate and to create space, platforms, and opportunities for meaningful action and collaboration whether for local, state, or national officials, civil society activists, journalists, private sector leaders, or citizens.

Tipping the balance in favor of democracy, human rights, and a more just and equitable world will require unrelenting persistence and hard work. As President Biden has said, “No democracy is perfect, and no democracy is final. Every gain made, every barrier broken, is the result of determined, unceasing work.”

We turn now to the “10 Commitments” for global democratic renewal—the thematic clusters of actionable initiatives. These are our proposals for consideration by all of the various stakeholders as they formulate their deliverables for the Summit. They are framed to be measurable undertakings so that progress can be assessed at the 2022 follow-up Summit for Democracy. Please note that the source analysis and evidence for each commitment in the body of the Playbook is cross-referenced by a page number in the footnotes to each commitment. The body text of the Playbook is also marked in the margin with the relevant commitment for ease of reference.

Commitments for State and Other Actors:

Commitments for the Private Sector and Businesses:

Commitments for International, Nonprofit, and Civil Society and Other Actors:

Commitments for the Independent Media:

Commitments for State and International Actors Specifically Regarding Independent Media:

Commitments for All Democratic Actors:

Commitments for International, Private Sector, and Other Actors:

Commitments for the Private Sector:

Commitment 8: Demonstrate that Democracies Can Deliver a Better Standard of Living (State Actors)

Commitment 10: Build a Broad-Based Global Coalition of Democracies in the World (All Stakeholders)