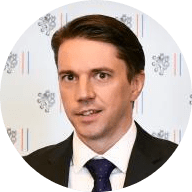 Jiří Kozák is Deputy Minister of Foreign Affairs of the Czech Republic.

Previously, from 2019 to 2021, he was the Program Manager and Secretary of the Foreign Affairs Policy team of Civic Democratic Party (ODS), and Member of Election Campaign Team of the SPOLU coalition. From 2011 to 2019, he was a Lecturer at the CEVRO Institute.

Jiří Kozák has organized numerous projects of political education and democracy assistance in the Czech Republic as well as abroad. He has lectured in many countries on human rights, political education and building of political parties and systems. He is the author and co-editor of The Memory of Nations - Democratic Transition Guide, one of the largest comparative studies of democratic transitions in 13 countries.