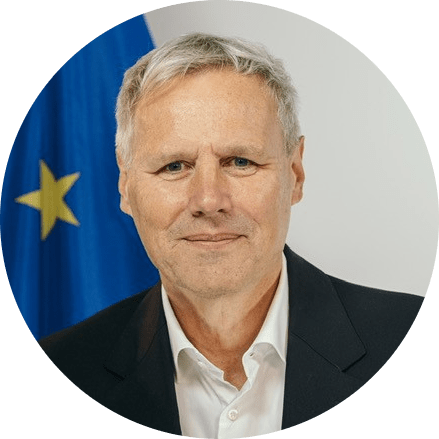 Senior EU Envoy for Digital and Head of the new EU Office in San Francisco as of 1 September 2022, Gerard de Graaf has worked for more than 30 years in the European Commission across a wide range of policy areas. Until his recent appointment, he was director in DG CNECT, responsible inter alia for the Digital Services and Digital Markets Acts (DSA/DMA), two landmark pieces of legislation that have been recently adopted in the European Union to keep the Internet safe, protect fundamental rights and enhance competition in digital markets.

Previously, Gerard de Graaf was responsible, inter alia, for the EU’s telecommunications and audiovisual policy (including copyright), cyber security, ICT standardization, Startup Europe, ICT and green, and international relations. He has been co-chairing two of the Trade and Technology (TTC) Council Working Groups, on greentech, and data governance and technology platforms.