Afghanistan is descending into chaos, but the US will struggle to find nearby bases to influence what happens next. 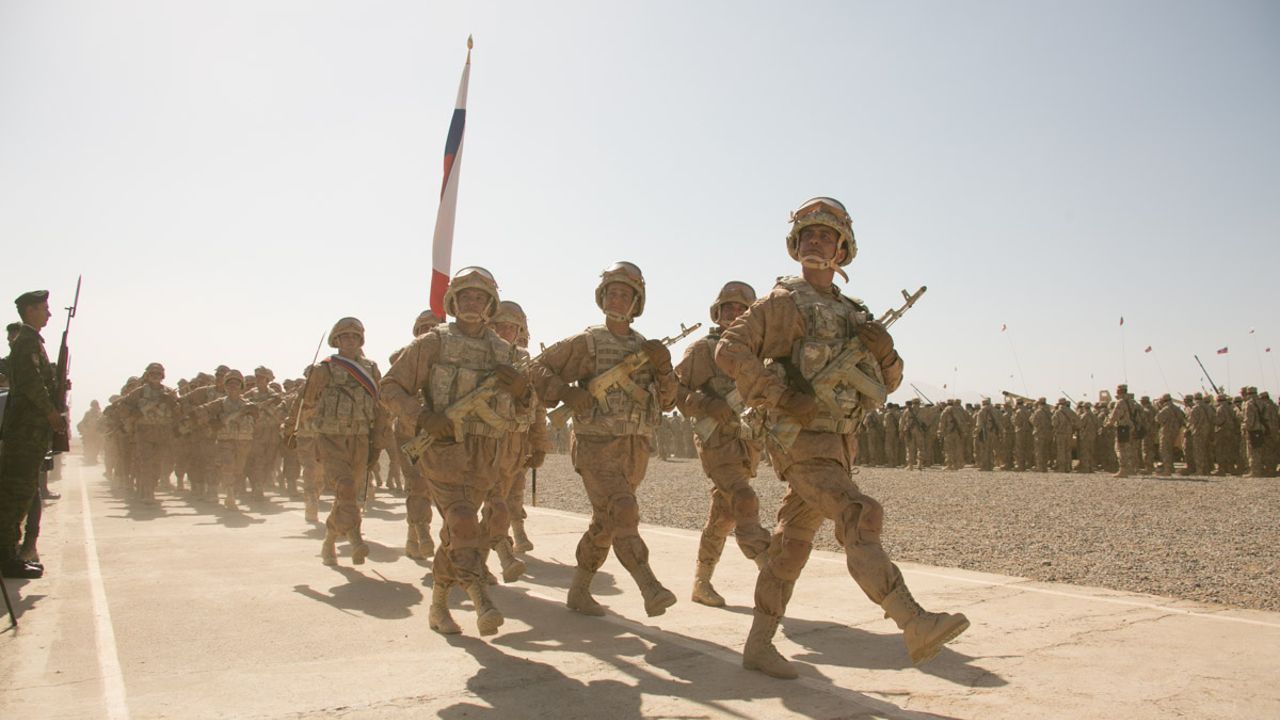 Photo: Final stage of Interaction 2021 joint exercise with Russia in the Republic of Tajikistan. Credit: Ministry of Defence of the Russian Federation.

US foreign policy towards Afghanistan and Central Asia is in shambles. While the Trump administration set the stage for America’s withdrawal from Afghanistan with the 2020 Doha agreement, the Biden administration’s rapid evacuation of all US military personnel as the Afghan Taliban sought to capture major population centers predictably sparked a nationwide crisis and a swift implosion of the Afghan government.

The resulting situation is dire, both for the US and for the people of Afghanistan. The economy is in dire straits, with the World Food Programme (WFP) Executive Director David Beasley warning that he sees “23 million people marching towards starvation.” The danger is multiplied by the threat from violent extremist organizations, such as Islamic State-Khorasan, which appears to be escalating.

Given the threat of a descent into war between the Taliban and IS extremists, and mass starvation with all its implications for regional stability, it would be in America’s national interest to secure a military base in a Central Asian neighboring state such as Tajikistan, Turkmenistan, Kyrgyzstan, or Uzbekistan (the so-called Stan countries) to keep an eye on developments and quickly respond to any existential threats. Unfortunately, however, none of the Central Asian republics seems interested in hosting US or NATO troops, and Russia has clearly told them to refrain from doing so.

The Stans have exhibited a variety of responses to the Afghan Taliban’s takeover. Turkmenistan, which has adhered to a foreign policy of neutrality since 1995, is mainly interested in trying to build a natural gas pipeline through Afghanistan onto neighboring Pakistan and India. Tajikistan, by contrast, hosts the Afghan government-in-exile and President Emomali Rahmon has publicly aired his concerns about Afghanistan again becoming a terrorist haven. Uzbekistan strives to rekindle a relationship with America — which initially soured after the United States vacated the Karshi-Khanabad base several months after (former president) Islam Karimov’s government carried out a bloody crackdown in Andijon in May 2005. It is therefore a possible though unlikely location for a US military base. Lastly, Kyrgyzstan’s new president, Sadyr Japarov, has said that he does not want US troops to return to his country (which hosted US military personnel at the Manas Transit Center during much of Operation Enduring Freedom).

Central Asia remains closely tied to Russia. Kyrgyzstan, Tajikistan, and Kazakhstan are members of the Russian-led Collective Security Treaty Organization (CSTO) and the Kremlin maintains a significant military presence in the first two, regularly conducts drills with other CSTO member states, and — according to unconfirmed reports — is assisting Turkmenistan in patrolling its border with Afghanistan. And while President Vladimir Putin has reportedly suggested that the United States could make use of Russia’s bases in Central Asia, that option may only be available at a price that the US is unwilling to pay. The United States and China are building police stations in Tajikistan for Rahmon’s government, and China maintains an outpost near the Wakhan Corridor, in the far southeast.

The US and Russia are engaged in a form of political-military contest. The West’s slow but continuing effort to expand NATO’s membership to include more states (like Ukraine and Georgia) bordering Russia, combined with America’s and Europe’s promotion of democracy in Russia’s so-called near abroad, is seen by the Kremlin as a provocation. Russia also argues that the United States’ violation of the territorial integrity and sovereignty principles of international law these past two decades make America a destructive and untrustworthy force. Not that Russia is any great believer in international law, but it has a lengthy list of accusations about the US which might generate sympathy with other countries when the possibility of military deployments are raised.

And while the US regularly proclaims that Russia is a declining power, it is still the preeminent power in Central Asia and will remain a “persistent power” within the international system. The Stans are fearful of Russia, but they cannot improve their circumstances. It is noteworthy that none of the Central Asian republics have criticized Russia for invading Georgia, annexing Crimea, or fostering an armed conflict in Ukraine’s Donbas region.

Central Asia’s elites recognize that the ties which bind them to Russia are stronger and more plentiful than their links to America — for example, each country benefits from remittances from a significant number of migrant workers earning a living in Russia. As much as the four countries aspire to play the great powers off against each other, they are weak states. Thus, America’s future involvement in Central Asia will be limited to a diplomatic presence and some business ties, while Russia works to sustain its hegemony.

Dr. Charles J. Sullivan is an Assistant Professor of Political Science and International Relations in the School of Sciences & Humanities at Nazarbayev University in Nur-Sultan, Republic of Kazakhstan.