Why Biden Must Make Putin Uncomfortable in Geneva

Only by making clear to Moscow where redlines exist and the consequences of violating them, can any form of stability be obtained 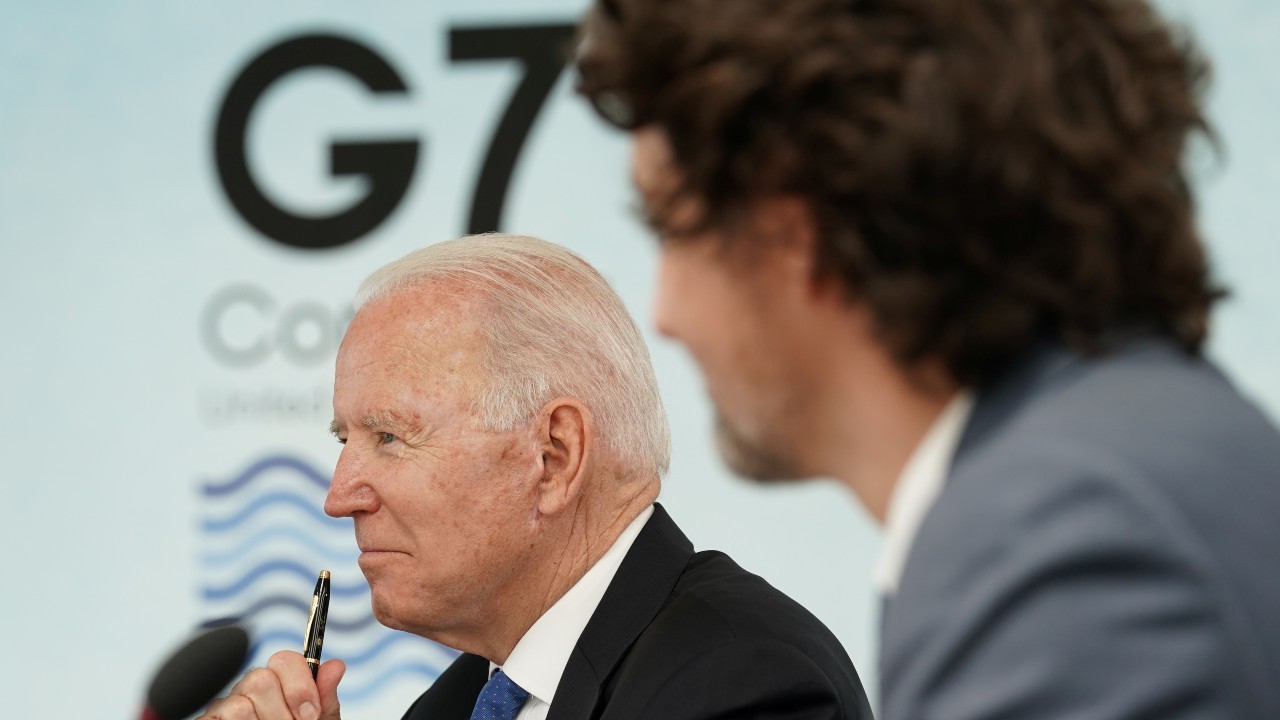 The Biden Administration wants the Putin-Biden Summit in Geneva to be a step toward restoring a “predictable and stable” relationship with Russia. Much like many of his predecessors who over the years who sought a better relationship with Putin, the U.S. President is likely to be disappointed.

By now, the United States knows that Putin isn’t interested in resets, stable relations, or long walks on the beach with his U.S. counterpart. Indeed, the Kremlin aims — as a matter of foreign policy — to be a destabilizing force and an unreliable counterpart. Russia’s malign moves in the days leading up to the meeting only signal that this posture is unlikely to change any time soon.

Holding the summit in the first place has already been a PR win for Putin domestically. In the lead-up to the summit, Russian media has portrayed Biden as desperately begging Putin for the meeting, while Putin grandly mulls whether to grant the U.S. president the honor. Unlike former President Trump, whose admiration of Putin led to one of the most embarrassing summits in U.S. history in Helsinki, this President has a clear-eyed view of Putin — a man he has dealt with for years. But that doesn’t mean that Biden is immune to the same pattern of failed “resets” of predecessors from Clinton to Bush to Obama. Going into the meeting, President Biden has a key advantage that President Trump squandered: alliances. President Biden should use the meetings with US allies — G-7, NATO, and the EU — to push for a coordinated approach to Russia with concrete deliverables.

The Geneva Summit is indeed a chance for a different US-Russia relationship — one in which the U.S. sets the agenda, with the backing of allies, that establishes clear and enforceable red lines for Russian attacks against democracies. Here’s how:

First, Biden should come to Geneva with a fresh agreement from allies at the G7, NATO, and EU that the fight against corruption, money laundering, and kleptocracy will be an alliance priority. By coordinating a crackdown on illicit finance and strategic corruption, Western economies will both undermine Russia’s malign influence abroad and promote democratic resilience within Western states. Biden’s recent National Security Study Memorandum (NSSM) that establishes the fight against corruption as a core national security interest of the United States is a promising start, but there is a lot more work needed to follow through on it. Transatlantic coordination will be critical to any successful effort, which is why Biden’s arrival, directly following on from meetings with key allies to his summit with Putin, should be a show of force.

The U.S. can also apply sanctions to the anti-corruption agenda. While sanctions have become the policy tool of choice in responding to Russia on everything from the annexation of Crimea to interference in the U.S. election, the U.S. has stopped short of targeting the networks of Kremlin oligarchs who are the base of Putin’s grip on power. Alexei Navalny, the jailed anticorruption activist and opposition leader, has offered a list of potential targets for such an approach. The State and Treasury Departments have done significant research on the matter as part of Congressionally-mandated reporting. There is also growing U.S. bipartisan support for this strategy. The most difficult part will be convincing hesitant European allies, which is why diplomacy in the days ahead at the G7 and EU Summits will be critical to present a united alliance.

Second, President Biden has said that human rights and democratic values will guide his administration’s foreign policy. To make good on that promise, he must confront Putin on the brutal repression of independent voices in Russia. Navalny’s poisoning, sham trial, and continued detention marked only the beginning of the Kremlin’s renewed and brutal effort to stomp out opposition voices. On June 4, Putin signed into law an expansion of Russia’s extremist law, which de facto allows the Kremlin to criminalize any civil society organization or person. Navalny’s anti-corruption organization, and those associated with it, are now legally considered extremists in Russia on par with terrorist organizations.

The Kremlin has also used this label to pressure US companies, such as Google, Twitter, and Facebook, to remove or block content it deems illegal – a euphemism for anti-government content. U.S.-based social media platforms provide a powerful avenue for independent voices, like Navalny, whose YouTube videos receive millions of views, to reach the Russian people. The companies have been fighting back, but the U.S. government and allies have stood by. The president should take the opportunity at the summit to break the silence.

Third, Biden should make clear to Putin that he is responsible for cyberattacks that originate within Russia’s borders, whether they are ordered by the state or not. Just as America has not tolerated terrorist safe havens around the world, we cannot tolerate hacker safe havens that allow criminal organizations to attack critical infrastructure. The recent attacks on energy security, food security, and health security highlight how cybercriminals operating from within Russia with the government’s consent are affecting the daily lives of ordinary Americans. If residents of the East Coast were unable to get gasoline because of a terrorist attack, it would have sparked an international crisis. The Russian government often offers cyber cooperation to the U.S. – which is a bit like the fox offering to cooperate on henhouse watch duty – but the Biden administration should instead pursue a policy of cyber deterrence, clearly communicating the retaliation and consequences of further cyber assaults.

Biden has a considerable agenda ahead of him in a string of critical summits as he rebuilds America’s position on the word stage. The Geneva Summit will be the most difficult of all. Only by making clear to Moscow where redlines exist and the consequences of violating them, can any form of stability be obtained. It will undoubtedly result in an uncomfortable conversation, and not the usual displays of agreement we have come to expect from major summits. But ultimately it will get us where we need to be.