What Do Russians Think About Putin’s War?

While Russian opinion polls show support for the invasion of Ukraine, the numbers are deceptive 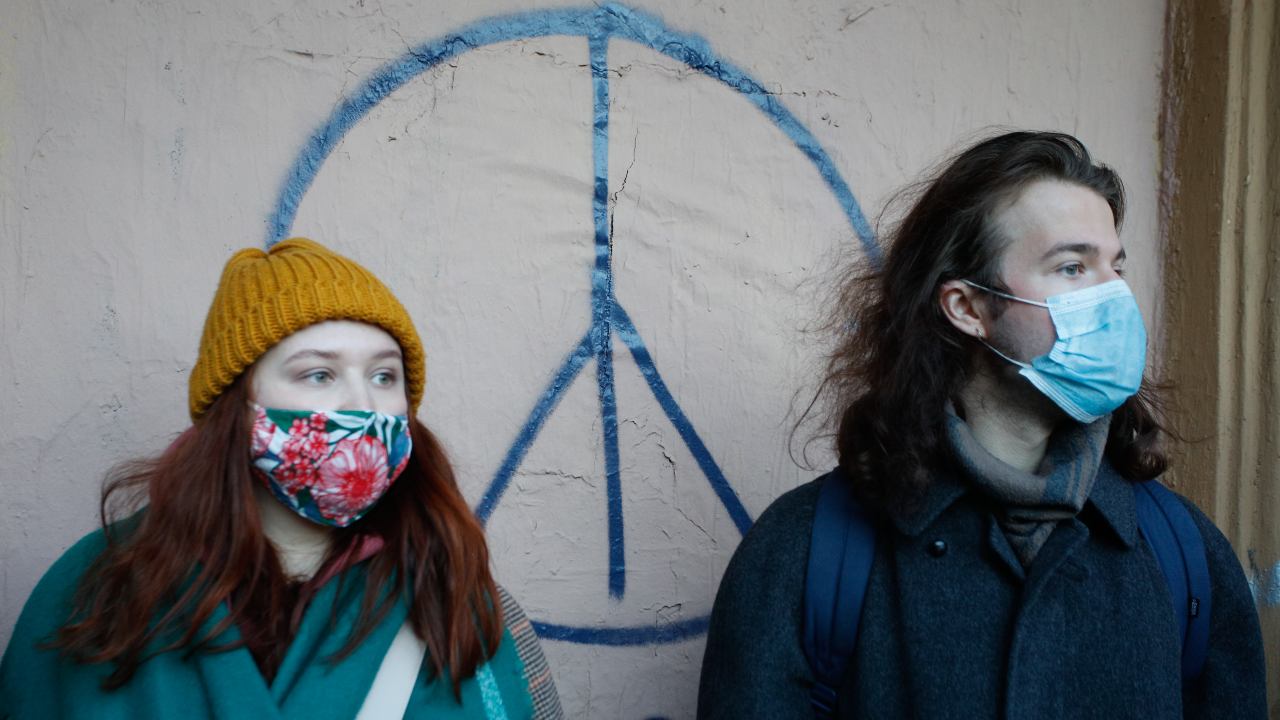 Photo: Participants of the rally in the center of St. Petersburg against military actions on the territory of Ukraine. Saint Petersburg, Russia. February 27, 2022. Credit: Valya Egorshin/NurPhoto

Russian popular support for the Ukraine invasion ranges from 65% backing to 71%, according to the first polls on the issue, provided by state-controlled pollsters, FOM on March 3 and WCIOM on February 27.

Or does it? Results by independent agencies show lower support of about 58% and higher levels of opposition (from 23% to 34%.)

The capacity of public opinion polls to accurately reflect sentiment in an increasingly authoritarian state is limited, especially during extreme crises like war. In autocracies, citizens are often afraid to answer pollsters’ questions, let alone questions about politics. They can decide to lie, giving the safest and most acceptable answers, or they can avoid answering at all, especially if they feel that their opinion contradicts the public consensus.

The current situation in Russia only strengthens this tendency. Many media platforms were banned or forced to stop covering Russia’s “special operation” by the ban on the use of the word war to describe Russian actions in Ukraine. A so-called fake news law signed by Putin on March 4, criminalizes contradiction of the official Kremlin position on the war with a 15-year jail sentence. Questioning the actions of Russian state officials is more and more dangerous.

Besides that, the wording of questions also positively impacts support for the war. WCIOM and FOM used the government-approved euphemism of special military operation, or military operation. Pollsters know that wording is absolutely key to the results generated, and that it is the least politically engaged with no firm opinions who are the most susceptible to such alterations.

These problems are likely to be cumulative. Combined, these can inflates survey results to produce improved numbers, such as 65%-71% in support of the invasion. It should be said that there are large numbers of Russians who do indeed support Putin’s invasion, but the true figures may be significantly lower.

The social composition of respondents sheds further light on the issue. The major factors, emphasized by most of studies, is age and media consumption. Younger people and people not reliant on TV news are less inclined to support the actions of Russia’s government. Education and residential location are next; more educated people residing in big cities express less support for the military operation. Moscow has the lowest rates of support. Analysis of WCIOM data demonstrated that for people younger than 30 who live in a big city, have higher education, and do not watch television, the probability of not supporting the invasion is 80%.

In-depth interviews give some additional information to fill-out this picture. They demonstrate that state propaganda was pretty effective in creating a fear of US and NATO attacks. Nevertheless, there are important differences between those who support and those who oppose the military operation. The naysayers believe that sanctions will destroy Russia’s economy. They are scared of nuclear war and they don’t think that killing people can ever be justified. In general, anti-war Russians feel a sense of shock, devastation, and depression.

Supporters, by contrast, believe Russia’s economy will be able to deal with sanctions and that ultimately they will not have a huge impact on people’s lives. They think that Putin’s heavy hints about the use of nuclear weapons were simply designed to prevent NATO’s involvement and will not result in a wider war. Finally, they tend to downplay the number of deaths and losses in materiel suffered by the Russian army. They are distancing themselves emotionally from the current events and claim that the war was “unavoidable,” arguing that if Russia had not attacked, it would itself have been the target of aggression. Often, especially if they have doubts, they refer to the idea that “there is no truth”, “it is a war of propagandas” and “we cannot know what is going on there in the reality”.

Finally, support for the Russian invasion is not stable — it is evolving over time. The independent study, conducted in Moscow by Alexey Navalny’s organization, demonstrated that during the week from February 25 to March 3 the number of people who blamed Russia for the conflict and believed that Russia is an aggressor increased. So did the number of people who expected the collapse of Russia’s economy and those who thought that conflicting parties should immediately cease all military operations and start peace talks.

Whatever way one looks at the polls, there is little enthusiasm for Putin’s aggression toward Ukraine — the “rally round the flag” response is very significantly lower than the 91% for Putin’s annexation of Crimea in 2014. In spite of new laws and more than 13,000 people detained at anti-war protests, Russians continue to participate in anti-war rallies.

However, two scenarios are possible. Growing discontent with economic decline and realization that the “special operation” has resulted in a large death toll might lead to a regime change — although this would take some time. The other scenario is more pessimistic: “defensive consolidation,” a retreat into “comforting truths,” coupled international isolation and rising hostility toward Russia will harden feelings of resentment and denial. Those who are less loyal to the regime will be forced to leave the country or will face repression, and Russia will go back in time to the worst days of the Soviet Union. Both possibilities should be considered.