Ukraine’s vaccine program is a mess, even as infection numbers rise alarmingly. 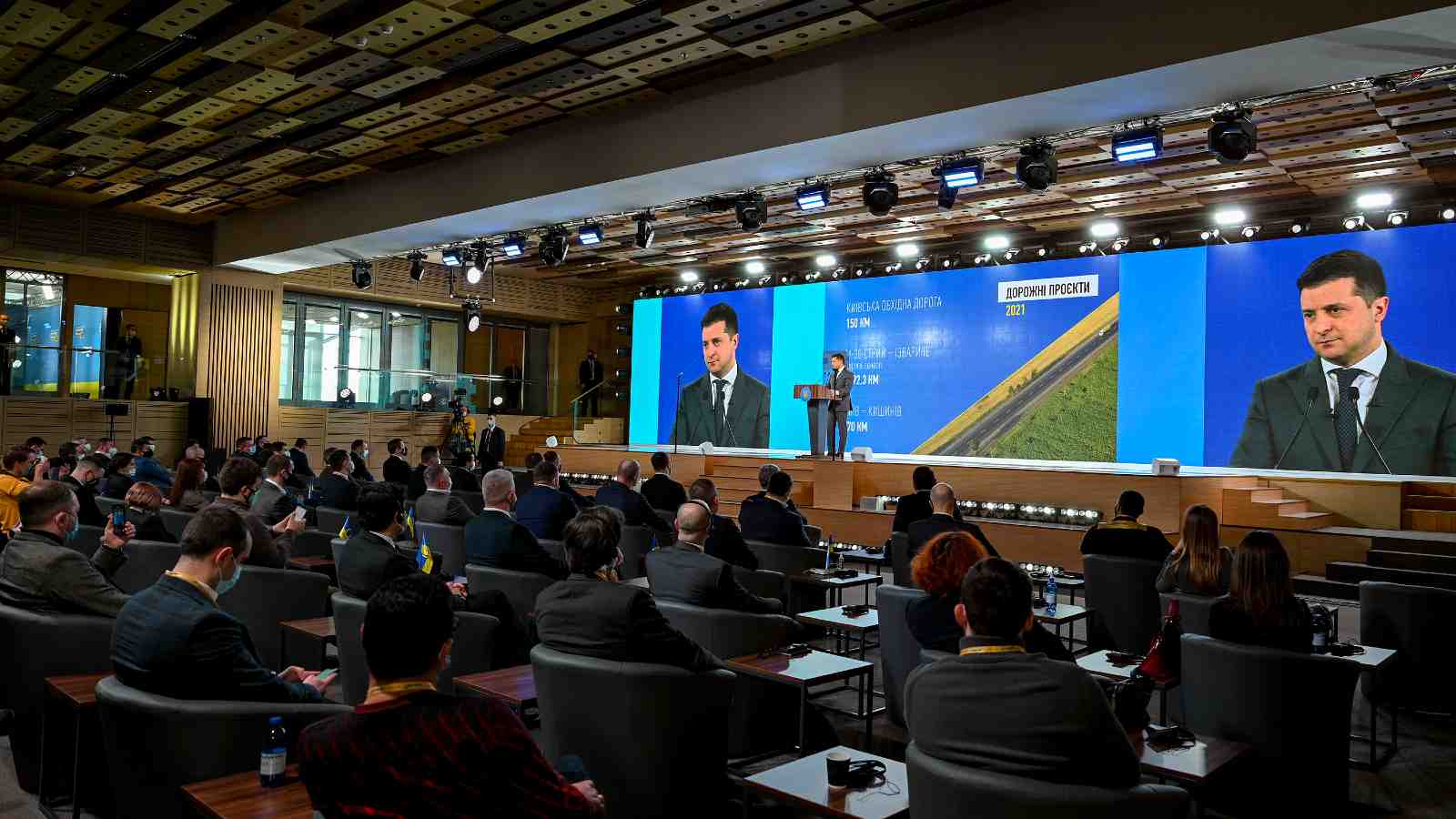 In April last year, as the number of infected Ukrainians reached 6,000 a day, Ukraine created a covid relief fund of almost $2.3bn to combat the virus. The money was reallocated from the state’s annual budget, funded by savage cuts to education and culture budgets. In the end, it reached $2.8bn.

But when asked by Zaborona media, the Ukrainian Ministry of Finance said that only a quarter had been transferred to the Ministry of Health and that 20% of the total remained unspent.

So where did the money go? It’s at this point that the story of Ukraine’s covid fund becomes — all too predictably — a story of politics. Most of the virus budget was actually spent on the repair and construction of the country’s roads. The Ukrainian State Agency for Highways received almost $1 billion from the covid-relief fund. Why? Well, President Volodymyr Zelenskyy’s “Big Construction” infrastructure plan, required money. The President has responded to criticism by noting that better roads (and the country built 4,000km — about 2,500 miles — in 2020) — meant patients reached hospitals faster, which should improve the coronavirus situation. The President has said he is very proud of the program.

Yet the acute problems in Ukraine’s medical system are worsening. Covid infections have been rising, hospitals are overwhelmed, and medical personnel are leaving en masse due to brutal workload. And the lack of clarity on vaccinations makes it obvious that this is far from the end.

At the beginning of March, the Ukrainian press was flooded with photos of President Volodymyr Zelenskyy receiving the AstraZeneca vaccine. This was an important event and transmitted a critical public health message, since more than half of Ukraine’s population are vaccine skeptics. Around half a million doses are ear-marked for at-risk Ukrainians. But for most citizens, vaccines will not be available until next year.

Elsewhere in the region, the solution to the vaccine shortage has been obvious — look elsewhere. In particular, Russia’s Sputnik V has appealed to those Central and Eastern European countries with a fading recent memory of Russian invasion.

The Czech Republic, for example, has already announced that in the near future it may purchase the Russian vaccine, despite the fact that it has not yet been approved by the European Medical Association, which coordinates vaccination in the EU. President Miloš Zeman, an old friend of Russia, said that “vaccination issues are above ideology”. And German Chancellor Angela Merkel said she wouldn’t oppose the Russian vaccine if the European regulator accepts it. Slovakia secretly negotiated a deal with Russia, though one coalition party acidly described the offer as part of an information warfare campaign.

Realistically, accepting Russia’s vaccines would be hard to swallow for any government in Kyiv as long as fighting continues and Ukrainians die in the east of the country.

Nor was the debate assisted by its front man. When the Kharkiv-based company Biolik applied for registration of Sputnik V in Ukraine, the bid won immediate support from the godfather of Russian President Vladimir Putin, and one of the key figures of pro-Russian politics, Viktor Medvedchuk, who was recently sanctioned by the Ukrainian government.

The Ukrainian popular mood can perhaps be judged from the widespread comparison of Sputnik with Novichok chemical weapons. Not that they are alone —top officials from other former communist, for example, the Lithuanian Prime Minister Ingrida Šimonyt?, said that Russia is using Sputnik as a “hybrid weapon”.

Ultimately, the Health Minister said that Ukraine will not register the Russian vaccine, which means that it will not even be available in private clinics. And he promised that Ukraine will provide a vaccine from the world’s leading manufacturers who submit applications “openly and efficiently” and “without starting an information war”.

Instead, Ukraine has ordered Chinese vaccines, whose efficacy is as yet unclear, as have Hungary, Belarus, Serbia, Azerbaijan, and Montenegro, while the Czechs and Poles have asked Xi Jinping for help. But even this Ukrainian has run into problems, with doses expected this month now expected to arrive next month. Inevitably, for a weary Ukrainian population, there is now an anti-corruption inquiry into the deal, which critics have described as over-expensive and Health Minister Maksym Stepanov calls “dirty information attacks”.

As Russia and China exploit Europe’s dismal vaccination campaign, Ukrainians can be forgiven for wondering who their friends are, even as they acknowledge once again that national-level governance is very poor.

The only thing that the Ukrainian authorities can boast of in the European fight against coronavirus is the creation of an electronic waiting list for those willing to be vaccinated. That at least gives some hope that mass vaccination will begin by 2022.