The attack on the Kerch straits crossing is a game-changer 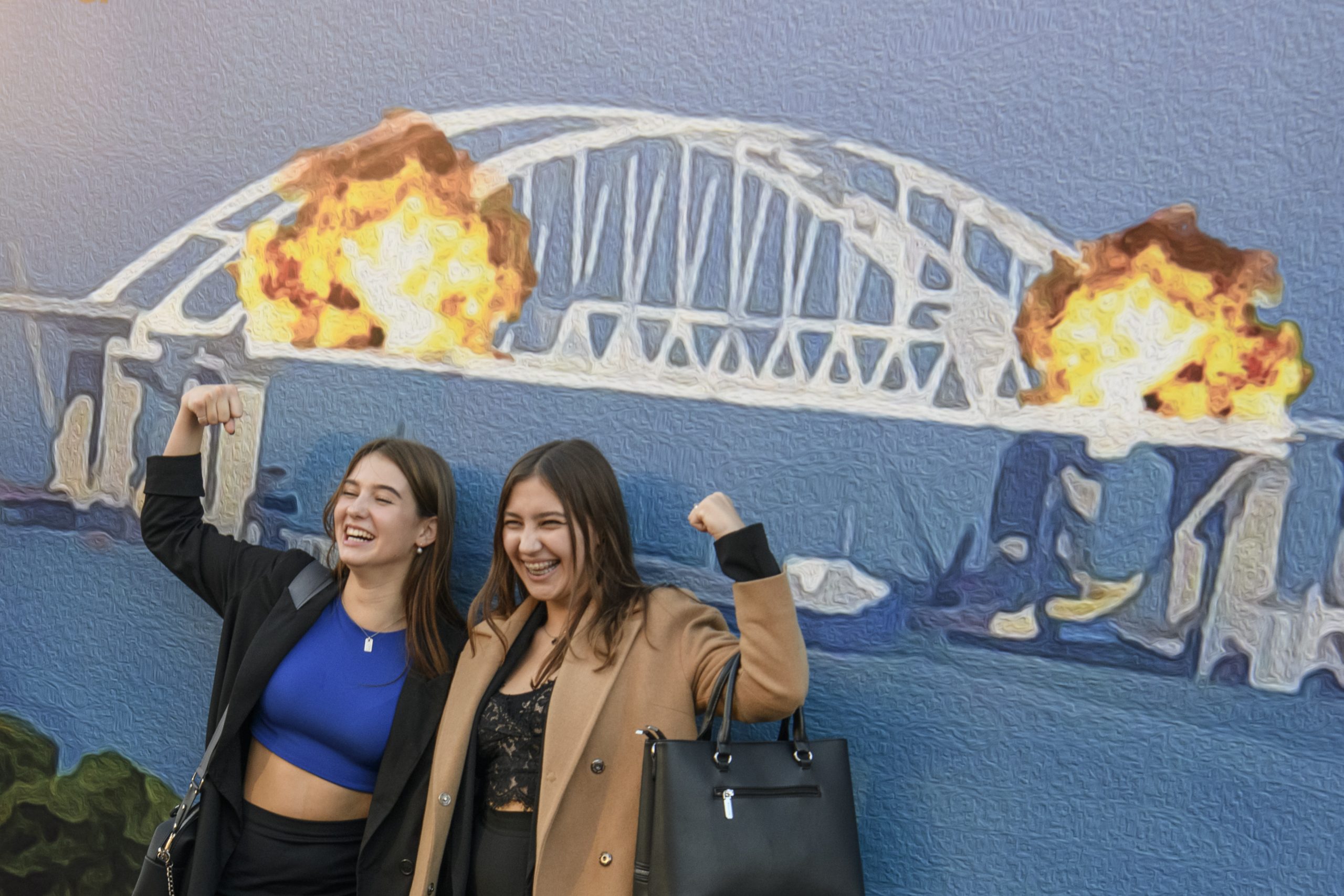 Once a trophy, now a trap. The attack on the Kerch Straits Bridge this week makes every Russian living on the occupied Crimean peninsula feel uneasy. The pesky Ukrainian yokels are not so ridiculous. They have proved guileful, potent adversaries, able to strike at a distance and seemingly at will. With the half-ruined bridge an unattractive route, thousands of Russians are already leaving by land through occupied Melitopol, according to its displaced Ukrainian mayor, Ivan Fedorov. That vital transport hub is also under threat. With the Kremlin’s war machine already suffering from poor logistics, holding the city now becomes even more important. Russian forces deployed there cannot be used to prop up defenses (or counter-attack) elsewhere.

Ukraine’s greatest success is hitting transport systems and depots that supply the invaders’ armies. Soldiers without food, spare parts, and ammunition face a choice between surrender, mutiny, desertion, or death. Further blows include new attacks on the Antonivsky bridge across the Dnipro — a vital supply line for the Russian forces on the north-west bank of that giant river — and on the railway hub of Ilovaisk in the occupied Donetsk region. Tokmak, the last east-west rail link in the Russian-occupied south, is in range of Ukrainian missiles. Russia’s woes (morale, logistics, numbers, leadership) compound. So do Ukraine’s advantages.

As the military squeeze tightens, watching Russian television has rarely been more enjoyable. The regime’s talking heads were already struggling to explain the loss of territory in recent weeks, the botched mobilization, and previously unheard-of, outspoken dissent. The strike on the Kerch crossing delivers another blow to the bloviators. Built for $7.5 billion (bribes and tax extra) in 2017 the bridge was not just a vital sinew of economic, political, and military power. It epitomized Russia’s seizure of Crimea three years earlier, and the personal triumph of Vladimir Putin in restoring Russian greatness.

Not anymore. Putin’s flat-footed announcement of a commission to investigate the attack underlines the Kremlin chief’s impotence: a dangerous impression to give in the ruthless world of Russian politics. Frothing denunciations of “vandals” by the Russian stooge leader in Crimea and claims that a Ukrainian attack on “civilian infrastructure” is a human rights violation (unlike Russian attacks on Ukraine) only underline the Moscow authorities’ shaky grip on narratives around the war. So too does the extraordinary rumor that the attack on the bridge was carried out by elements inside the Russian power structures, perhaps seeking to create an excuse for upcoming defeat.

The mood on television has changed. (Follow Julia Davis on Twitter for English-language translations of these clips). Andrei Kartapolov, a member of Russia’s sham parliament, the Duma, and a retired general, said bluntly, “the lying has to stop”. He compared official reporting of the war to the delusional Stalin-era coverage of 1941.  The bombastic TV host Sergey Mardan conceded that the “amusing, satirical picture” of idiot Ukrainians and bumbling Biden was a mistake. Only true wartime mobilization will help Russia escape humiliation at the hands of a powerful adversary. A guest on his show, Evgeny Norin, painted the specter of defeat: “Yugoslavia on steroids”, with the breakup of the Russian Federation into ten parts and forced deindustrialization.

For now, the solution is clear: more strikes on infrastructure. The deputy speaker of the Duma, Piotr Tolstoy, suggests bombing Ukraine back into the 18th century. The promotion of Sergey Surovikin, mastermind of Russia’s massacres and chemical weapons attacks in Syria, to run the Ukraine campaign spells more horror in the coming days and weeks.

But defeat in Ukraine and regime change in Moscow look increasingly likely. The big question is which will come first.