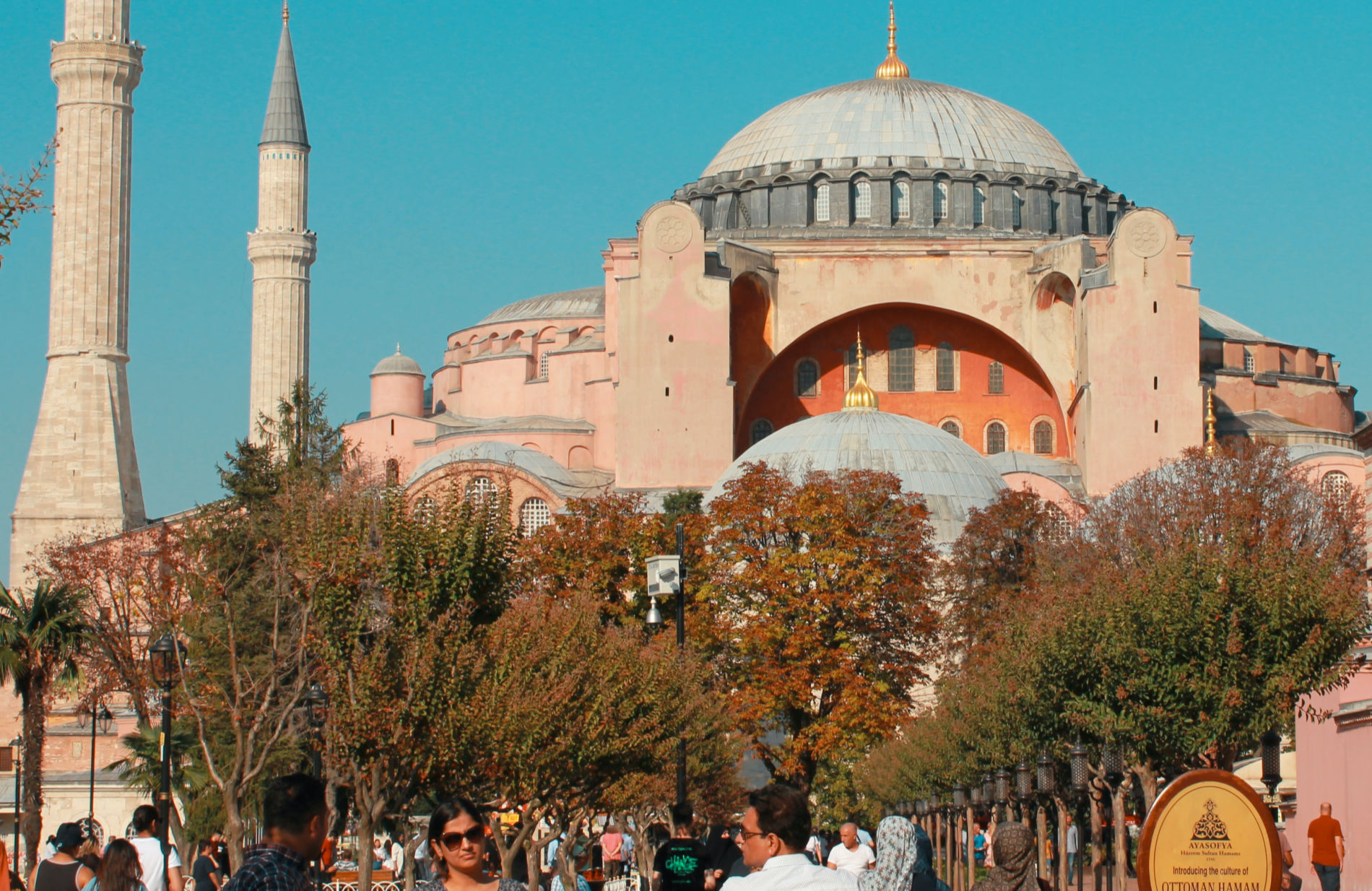 Hagia Sophia, once the largest church in the world, is to become a mosque. The move by the Turkish leader Recep Tayyip Erdoğan reverses a decision made in 1931 by the country’s founding father, Mustafa Kemal Atatürk, to turn the sacred space into a secular museum. It has prompted grief among Christians and protests among those who cherish Turkey’s tattered tradition of tolerance. Istanbul is not short of mosques. The building’s haunting beauty could unite Catholic, Orthodox, Muslim, and secularists in shared appreciation of a common heritage, and perhaps also serve as a rebuke to those wishing to fan old flames of hatred. Now it has become a flashpoint for resentment. Any short-term political dividend for President Erdoğan is likely to be outweighed by the long-term damage to Turkey’s reputation.

The decision also has unpleasant echoes for anyone with memories of the totalitarian eras in eastern Europe. Nazi occupiers changed street names one way (hello, Hitlerstrasse). Soviet occupiers changed them another (Lenin Prospekt). Cities and regions got new names too: Tsaritsyn became Stalingrad became Volgograd. The aim was to entrench the new order and its achievements into the public consciousness while simultaneously erasing memories of the past. The Kremlin was particularly obsessed with memories of the prewar “bourgeois nationalist” era in the countries occupied after 1945. A world without Soviet rule was to become not just despised and distant but increasingly unimaginable. Books vanished from libraries; cemeteries, war memorials and places of worship were demolished or converted.

Since 1989 the tide has turned. Soviet-era names and statues have been removed as hated symbols of foreign occupation. Some have been consigned to theme parks or museums; a handful stay in place on grounds of artistic merit. A few new names have been added: “Islandijos gatve” in Vilnius honors Iceland: in February 1991 the small Nordic country bravely recognized Lithuania’s restoration of independence. The rest of the world preferred not to risk Soviet ire. The city of Prague has renamed the street outside the Russian embassy “Boris Nemtsov Square” to honor the murdered opposition politician.

These are moves by the weak taken in defiance of the strong. Amid the first breaths of freedom, the ex-captive nations wanted their history back, even though they were (and are) scared of Russia’s potential to make mischief and exert pressure. Symbolic defiance makes everyone feel a bit braver, which is why those who find the Chinese Communist Party daunting should also seek safety in numbers (see you on Tibet Street).

Erdoğan’s cynically triumphalist decision on Hagia Sophia is the other way around: the strong exerting power over the weak. The remnants of the Orthodox Church in Turkey count for nothing politically at home. Any foreign support for them risks underlining the Turkish leader’s narrative of a country encircled by meddling and malevolent outside forces. Nor has he anything to lose by attacking Atatürk’s legacy: Turkey’s once-mighty secularist establishment is in ruins.

Sometimes victors really do get to rewrite history and redraw the map. Hard-pressed cultures, languages, and traditions pass the point of no return. Who now remembers the Old Prussians (cousins of today’s Lithuanians, whose fate was not only to vanish, but to have their name appropriated by their German conquerors)?

But a supremacist approach to cultural control betrays weakness. A confident, resilient political leadership does not feel the need to micromanage every detail of history and geography. It prizes truth over dogma and makes an effort to accommodate people of different traditions and outlooks. Hagia Sophia will dominate Istanbul’s skyline — and history — long after Erdoğan’s fragile ego and overweening ambition are buried in the past.

Photo: By Amin Zeinali on Unsplash.