Twenty-five years since the Visegrád Group’s inception, Central Europe is now front and center on the European and transatlantic policy agenda. While questions of EU cohesion, frontline security and Union enlargement loom large, the V4 stands as an example of regional cooperation. What do the next 25 years hold for the Visegrád Group and how will the Group shape European and U.S. policy?

These questions were brought front and center last week in Washington, D.C. at the CEPA Forum 2016, the largest gathering of Central and Eastern European officials, experts and industry leaders in the United States. Organized by the Center for European Policy Analysis (CEPA) the Forum was made possible in part by generous support from the International Visegrad Fund, and in partnership with the Institute of East-Central Europe (IESW), EUROPEUM Institute for European Policy, International Centre for Democratic Transition and the Slovak Foreign Policy Association.

As part of the CEPA Forum 2016, leading experts from each of the V4 states tackled this critical question on the future of the Visegrád Group during its 25th anniversary. Read more in CEPA’s latest report, “The View at 25: Visegrád’s Silver Anniversary.” 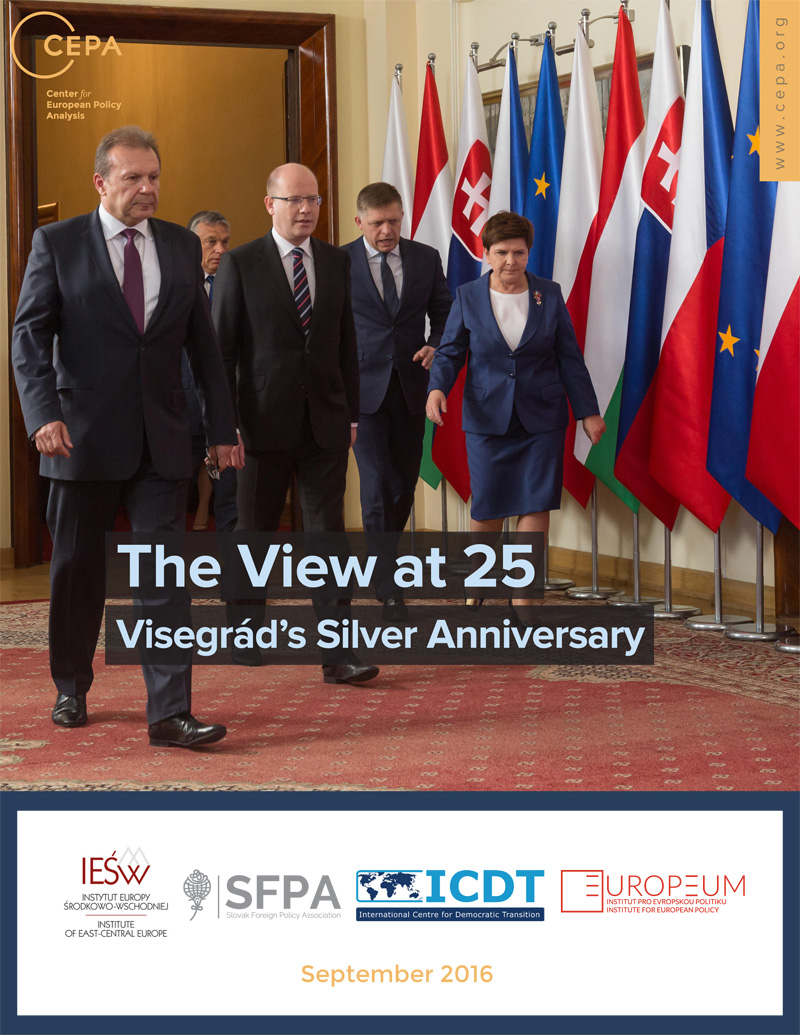