Islam has been on the rise in Russia’s south, posing some difficult questions for authorities concerned about religious radicalization. 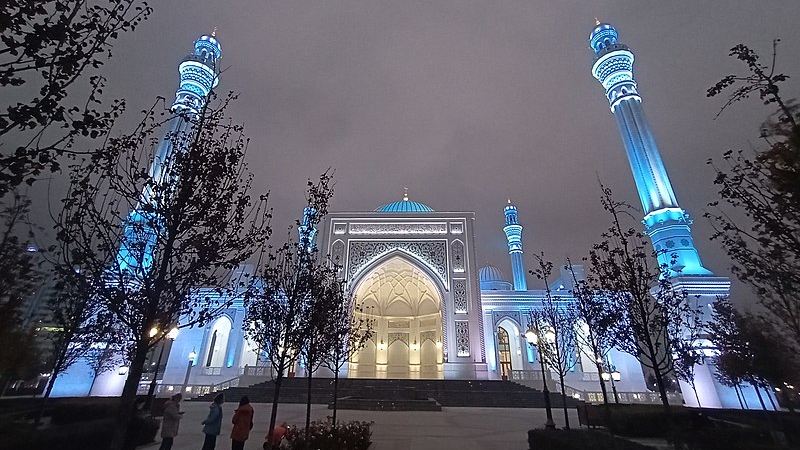 The territories of the North Caucasus are highly conflict-prone in terms of Muslim youth radicalization, a situation aggravated by the noticeably growing demands in recent decades for religious observance among young people. This concerns the Russian leadership. So why are young people turning to Islam, and what do they get as a result?

The political and economic transition of recent decades has changed the foundations of most North Caucasian societies, and created new phenomena, including a growing interest in religion, springing from the absence of ideological identification once provided by communism. The post-communist transformation caused the mass migration of rural residents to the cities, which led to the blurring of the traditional “rules of the game” in society: thus control by relatives within extended family units ceased to function, while urban norms of behavior were not yet assimilated by the settlers. As a result, a group was created which experiences a crisis of values and which searches for a new unified ideology and new regulators of social behavior.

As a result of these changes, the North Caucasus — primarily Ingushetia, Chechnya, and Dagestan, those republics with a high proportion of Muslims, — has witnessed significant re-Islamization.

In addition, the collapse of the Soviet Union saw the re-emergence of requests to restore the place of religion that had been suppressed for decades. As a result, Islam was reinvigorated and adopted as a new form of identity among young people. This is not simply about the lure of the Islamic faith, however; it also serves to manifest generational conflict. In reality, many young people’s religious interest is a means to protest against their parents who are more secularized and remember the Soviet experience. Parents in the North Caucasus are often opposed to their children becoming involved in religion, fearing, among other things, for their safety with law enforcement agencies.

Under such conditions, many radicalized groups appeared in the North Caucasus. However, it is important to note that educated young people in cities often came to Islam on their own, reading the Quran without theological guidance. Many used this to justify their life strategies. For example, girls understand that they can run their own business and do not have to obey parental demands to marry as early as possible. Young people began to appear who profess a more secularized version of Islam, using it as a tool to deviate from the opinions and attitudes of the older generation, and thus the attitudes of the rural and Soviet way of life.

At the same time, the North Caucasus, and in particular Dagestan, developed a tradition of Islamic education, including higher education. Of the approximately 100 organizations registered by the Ministry of Justice, most are in Chechnya and Dagestan. About 3,000 students study at Islamic universities in Dagestan every year. This appears to reflect an attempt by the authorities to find a middle ground in the religious sphere. It creates a tool for Russian and regional authorities to manage the problem: simultaneously meeting the needs of young people for new forms of self-identification, and reducing the level of radicalization through the “correct” channels of presenting Islam to them.

But what outcomes can young people sincerely interested in religion get from studying at Islamic universities? The results of interviews and surveys at these Islamic institutions in Dagestan show that they have very limited opportunities when they complete their studies. As a rule, they can be recruited for religious work and become imams, or they can remain in the Islamic education system and become teachers. Rigid living conditions, information isolation from the outside world, the strictest discipline, and teaching according to pre-approved forms, which exclude independent critical comprehension of sacred texts, and creates a narrow channel for the religiously inspired.

While it is undoubtedly the case that such education provides a good knowledge of Arabic, this does not create opportunities outside Russia. According to interviews with Middle Eastern Islamic educational centers, there is a virtual ban on foreign internships and other international activities for Russian Islamic scholars, which undoubtedly limits young people in their search for other job options.

What do the Islamic universities of the North Caucasus themselves offer their graduates as an alternative? According to interviews, they can be offered posts in the Federal Penitentiary Service system, where graduates are recruited in order to monitor the situation in prisons and report on potential conflicts. Of course, this is a job that will provide a living, but is this the identity that young Muslims hoped for when they moved from the village to the city?

Alisa R. Shishkina is a Future Russia Fellow with the Democratic Resilience Program at the Center for European Policy Analysis (CEPA).