Russia: A State of Homophobia

The position of LGBT people in Russia was bad before the war started and has worsened since then. 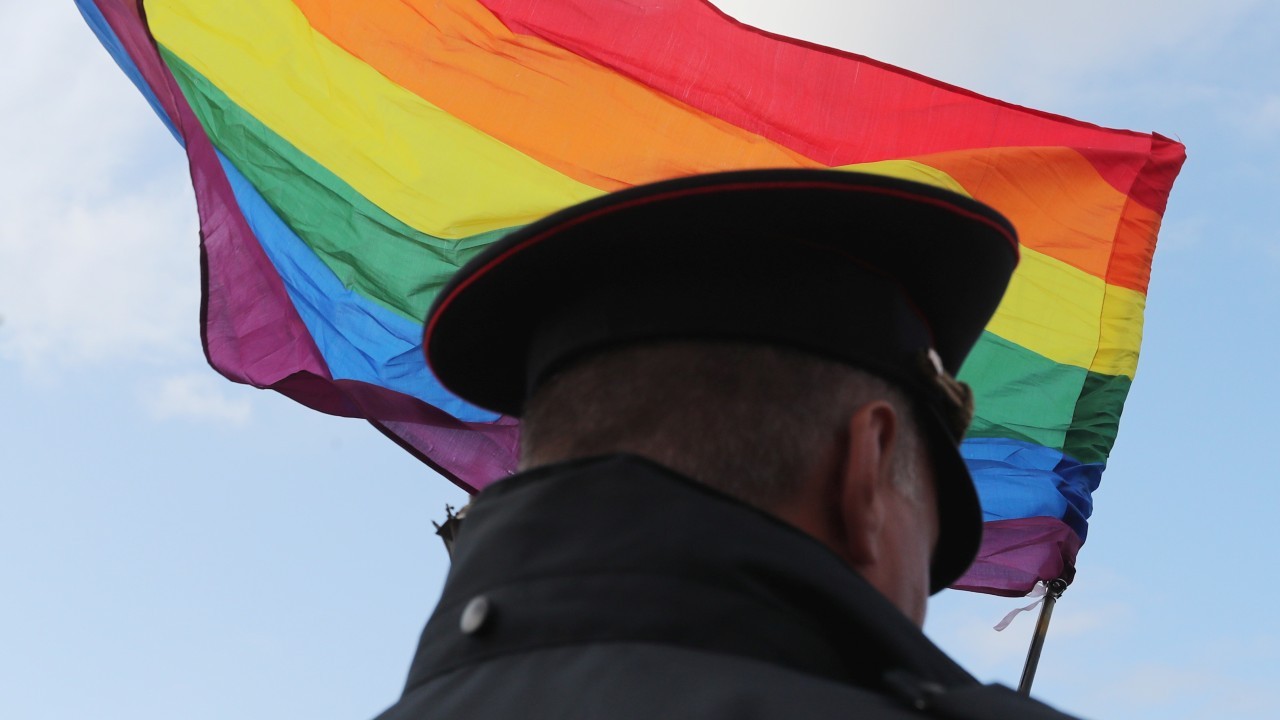 2022 marks the 10-year anniversary of Vladimir Putin’s first legislative attack on citizens based on their sexual orientation. This law, which prohibits “propaganda of homosexuality and pedophilia among minors”, was adopted in March 2012 and covered the city of St. Petersburg. The following year, a similar ban went into effect throughout the rest of the country.

Immediately after the adoption of the federal law, “On the prohibition of propaganda of non-traditional sexual relations among minors,” sociologist Alexei Levinson noted that it encroaches on “the freedom of all people to express their opinions in public space.” Since then, as human rights activists note, the persecution of LGBT people in Russia has increased every year, mirroring the growth of aggressive homophobic propaganda.

In December 2014, Human Rights Watch published a report on the persecution of the LGBT community in Russia. According to activists, after the introduction of the law in 2013, “there has been an increase in the number of attacks on LGBT people throughout Russia, both by individuals and by organized homophobic groups. In addition, attacks on LGBT rights defenders have increased.” Activists reported campaigns of harassment and intimidation of LGBT teachers, human rights defenders, and most importantly, the total inaction of law enforcement agencies in response to acts of violence.

At the same time, a well-known LGBT activist, a political refugee from Russia, and head of the RUSA LGBT DC emigrant organization, Gleb Latnik, in an interview with this author, noted that those targeted by this law were rarely persecuted purely for their sexual orientation. Many were simply politicized by the government’s attack on their free existence.

“When this law was introduced, I immediately realized that its main goal is not so much to fight against homosexual people, but to create in society an image of an enemy that is convenient for propaganda,” Latnik said. “Against the backdrop of such discrimination, LGBT people began to see themselves as a separate community, and many of its representatives at that moment took an active political position for the first time. It was this position that became the reason for the repression against activists.”

Other activists agree. Igor Kochetkov, the co-founder of the public movement Russian LGBT Network, also acknowledged that the 2013 law was primarily of ideological significance, and “is used in information campaigns to generate hatred, including against human rights defenders.”

The escalation of aggression has increased over the years in two ways. Firstly, instilling hatred towards people with a different sexual orientation has become the basis for the persecution of dissidents and activists inside Russia as “hidden enemies,” “dragging Russian youth into the abyss.” Secondly, homophobic propaganda has become one of the justifications for Russia’s confrontation with the West, which is accused of “promoting homosexuality as an instrument of political influence” in order to “destroy Russia from within.”

Such incitement to hate naturally led to an increase in everyday violence against LGBT people – not only activists, but many others too. According to a sociological survey conducted by the Levada Center in October 2021, the percentage of Russians who would deny adults the right to enter into mutually consenting same-sex relationships has reached 69%. Against this background, violence against “people of non-traditional orientation” increased every year, reaching its radical apex in Chechnya.

Since February 2017, a covert, officially sanctioned campaign against the LGBT community has been underway in that republic. Those suspected of homosexuality have been beaten, held in secret prisons, or even murdered. In April 2021, representatives of the Berlin-based human rights organization, the European Center for the Protection of Constitutional and Human Rights (ECCHR), filed a lawsuit to the German Federal Prosecutor’s Office. So serious is the situation, that the activists say it amounts to crimes against humanity.

In parallel with this, political repression against LGBT activists across Russia has become more frequent, most often under the wide-reaching, prosecutor-friendly law on “foreign agents”. In November 2021, the Russian LGBT Network was labeled as such. Its founder, Kochetkov, noted that this was the third time he had been branded as a foreign agent — twice for the organization and once as an individual.

Accordingly, along with the general increase in political emigration observed since 2012, the number of LGBT people leaving Russia has also increased. As emigrants admitted to the author, the most common reason for leaving was fear for their future and the need to stop hiding their relationship from others, against a backdrop of constant worries about violence.

Since Russia’s full-scale invasion of Ukraine, homophobic propaganda has been expanded from one of the supporting pillars of Russian quasi-ideology to include justification for its war of aggression. In particular, the head of the Russian Orthodox Church, Patriarch Kirill (Gundyaev), a key ally of the regime, used a sermon to justify the need for war against Ukraine, citing residents of the Donbas who purportedly “did not approve of holding gay parades.”

At the same time, according to Latnik, the proportion of Russian LGBT people supporting Russian aggression is lower than among the wider population.

“Many people understand that if Russian propaganda lies about LGBT members, it can lie about everything else. Accordingly, these people are more active in expressing their position against the war, and that is why they are more likely to become victims of repression,” he said.

The exact number of those leaving Russia since February 24 is still unknown. At the end of  May, sociologists’ estimates range from 150,000 to 3.8 million. Moreover, it is impossible to say what percentage of those who left are LGBT. Most Russians left for countries with a visa-free regime, such as Turkey, Armenia, or Georgia. According to activists, unlike many exiles who view their departure as temporary, members of the LGBT community are less likely to hope to return to Russia.

Nevertheless, Gleb notes with regret that, according to his personal observations, about half of the LGBT community in Russia (not counting activists) exhibit the same Stockholm syndrome and even homophobia towards themselves as the rest of the Russians, having internalized the state’s propaganda themes.

“They consider themselves ‘perverts’ and agree that they should not publicly demonstrate their relationship. Like their heterosexual compatriots, these people are quite isolated, afraid to actively express their position, and tend to agree with the authorities. Both I and other activists have repeatedly heard from them reproaches that it is we who are to blame for the negative attitude towards LGBT people, since we openly express our homosexuality,” he said.