Will he go for broke? Or cash in his winnings? 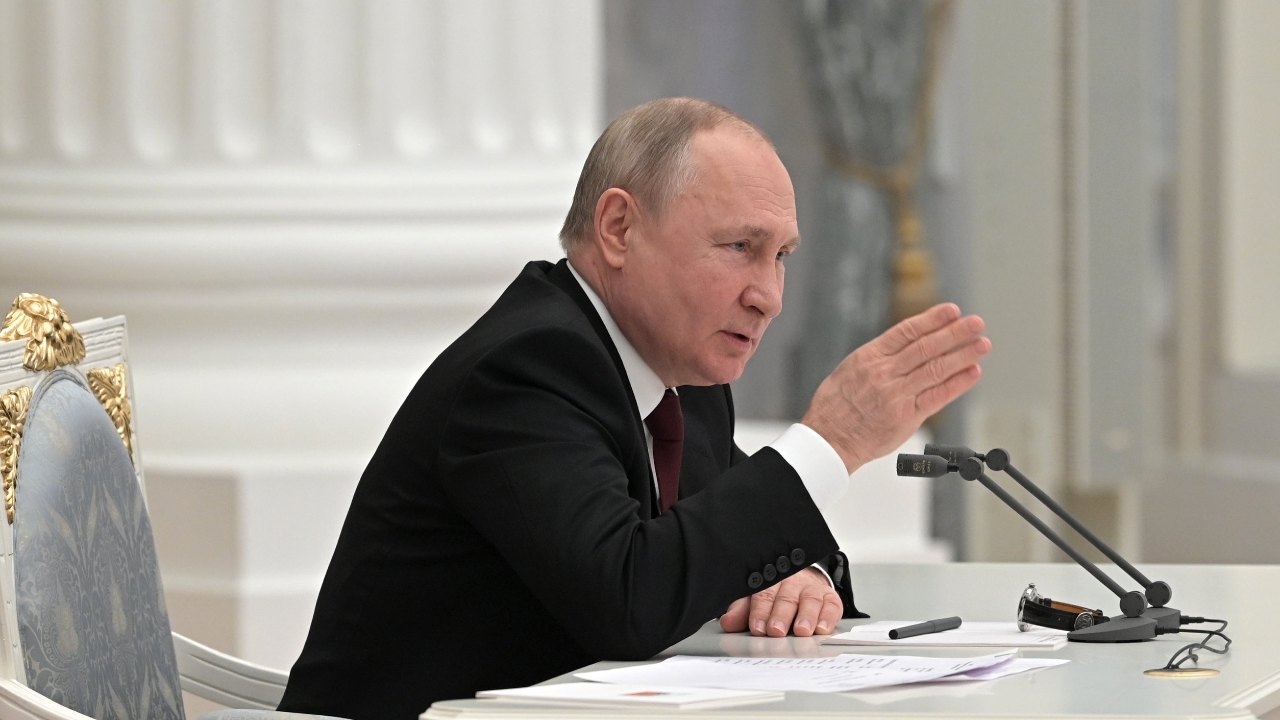 Photo: Russian President Vladimir Putin during a meeting of Russia's Security Council held a meeting at the Kremlin. Credit: @KremlinRussia_E/Twitter

Putin’s “bait and switch” has worked brilliantly. Western decision-makers, misled by their intelligence agencies, focused on the horrible-but-unlikely prospect of outright invasion and occupation of Kyiv.

Instead, Putin recognized the two separatist entities in eastern Ukraine as “independent states.”

This is a bureaucratic fiction. The two satrapies were Kremlin creations anyway. The only practical result is to create a pseudo-legal basis for a (greater, overt) Russian military presence there.

The West will huff and puff. There will be sanctions — but nothing like harsh enough to reverse the move, or deter more aggression.

What we need is a huge, narrative-shifting, decisive reaction right now:

But we won’t get all of that. As things stand, Russia has won this round.

The question is, what next? Putin could pocket his winnings and walk away from the table. Look at what he has achieved so far:

Those are important gains. They also lay the foundation for a future bout of aggression. Putin will be stronger. We will be weaker.

For now, I think he will switch back to diplomacy. How about an east-west summit to thrash things out? (meaning: more concessions). I can see Emmanuel Macron hungrily looking toward the limelight. Germany will say we need dialogue not confrontation. Italy will worry about gas supplies.

Many voices in the West will say that it is time to “move on.” Debates about the wisdom of NATO expansion will continue. All that’s great for Putin.

Or: he can double down and hope to bust the West permanently, by trying to install a pliant regime in Kyiv (I doubt through invasion — more likely precision strikes, special operations, economic pressure, cyber-attacks etc.) If he gets away with it, the post-1991 world is over.

Until recently I would have ruled out this approach as too risky, at least for now. Putin’s unpredictable, but he’s more bad than mad.

Now I’m not so sure. I watched the whole of his speech yesterday and that absurd session of the Security Council. He sounds deranged.

But maybe that’s just part of the plan.