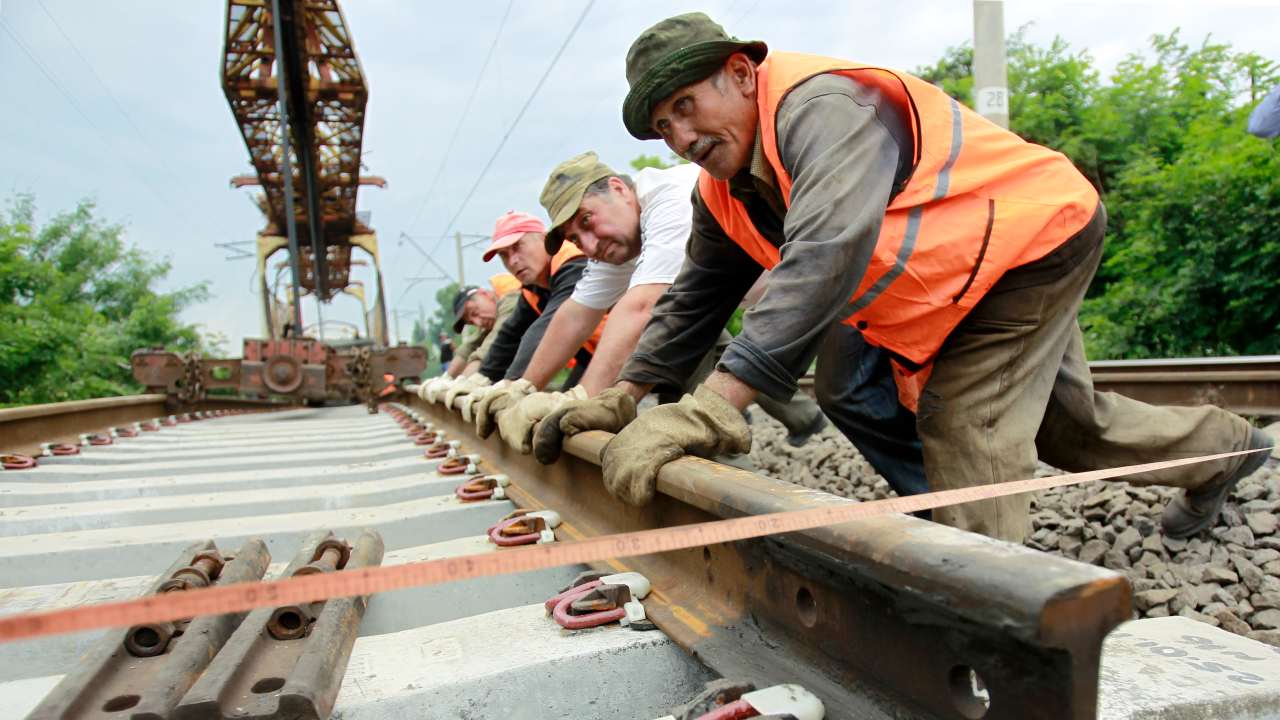 There is good news from the South Caucasus, at least for some. Armenia and Azerbaijan fought a bloody conflict in the mountains of Nagorno-Karabakh last year and yet 12 months later the two have agreed to reopen key railroad routes.

On October 15, the Armenian premier visited Moscow and agreed to the opening of a railway from Azerbaijan to its Nakhchivan exclave and then onto Turkey via Armenia’s southernmost region of Syunik. The proposed development will also benefit Armenia, through the opening of a rail link to Russia and Iran through Azeri territory. This seems to be a good bargain for Azerbaijan but especially for Armenia; for three decades, the country has been locked in geo-economic isolation, sandwiched between the closed borders of Turkey and Azerbaijan, and dependent on Russia and Iran.

For Azerbaijan, it answers dilemmas raised by its recent standoff with Iran, a neighbor openly unhappy that last year’s second Nagorno-Karabakh war has greatly increased the influence of Turkey. Rather than be dependent on Iranian routes, Azerbaijan will now have a shorter link to its exclave and to Turkey.

Which brings us to the biggest winner: Turkey. While the West is re-thinking its position in the wider Black Sea region, Turkey has been actively involved in the South Caucasus both by choice and necessity. It has achieved significant results, disrupting the regional status quo both through its involvement in the Nagorno-Karabakh conflict and by offering alternative transportation routes to South Caucasus states with limited connectivity.

This started in the 1990s, when Turkey worked with Georgia and Azerbaijan to undermine Russia’s centuries-long monopoly on the region’s railway and road connections by pioneering east-west links.

Turkey’s grand strategy to open up the South Caucasus has developed since the second Nagorno-Karabakh war and seeks improved connections to Azerbaijan beyond the Georgia route. Armenia is critical here. Humiliatingly beaten in 2020, it has so far opted to view its post-war status in terms of realpolitik.

Circumstances are ripe for Armenia to break the blockade imposed since its victory in the first Nagorno-Karabakh war of the 1990s. With Azerbaijan now victorious, the major problem haunting potential Armenian-Turkish reconciliation has been at least partially removed. An earlier attempt to resolve this, in 2008-2009, broke down because the Azeris would not agree while Nagorno-Karabakh was under Armenian military occupation. Now however there is progress. For instance, Turkish and Azeri air carriers are allowed to use Armenian airspace. There are also rumors of further agreements in the works on border demarcation.

Armenia has also toned down the rhetoric around Nagorno-Karabakh, which signals some acceptance, at least for now, for rapprochement and the rejection of a radical irridentist policy. Better ties with Turkey would also mean a lower likelihood of military confrontation and could represent a tacit agreement between Armenia and Azerbaijan of an emerging status quo acceptable to all parties.

This is a significant — and unheralded — opportunity for the region. Normalizing bilateral ties would create the basis for economic cooperation for Armenia and Turkey, neighbors with a bleak history but also with common interests, like improved trade. Progress could ultimately lead to the opening of the 300km-long (186 mile) border. Of course, agreement is one thing and implementation is another. Mutual distrust and potential interference by outside powers, as well as by nationalistically charged elements of the population, could limit the momentum behind the potential improvement, or even reverse it.

A longer-term perspective is important here. The rail agreement would offer Turkey yet another major route to penetrate the South Caucasus and reach further east to the Caspian Sea. On the surface, other powers such as Russia and Iran would also gain from improved connections. Both would have additional routes to Armenia. This is a win for Iran, which has largely been excluded from post-war developments, but it is unclear how it fits Russia’s plans; a largely sealed-off and isolated South Caucasus handed the Kremlin powerful leverage in the region. A Turkish-led reopening would reduce it.

The South Caucasus, the traditional meeting point of Europe and Asia, is now working to restore its historic connections to the wider world. Indeed, geographically the region has greater links to the south and west, including the Middle East, than to Russia, which lies beyond the formidable barrier of the Caucasus mountains.

Turkey’s and to a limited extent Iran’s inroads into the South Caucasus are instrumental in this process. Russia’s nearly two century-long domination over the region is coming to an end — the only viable instruments in the Kremlin’s hands are its spies and its soldiers, currently camped in Russia’s military bases in the occupied Georgian territories, plus units in Armenia and some peacekeepers between Armenia and Azerbaijan.

Turkey’s strategy, fitting the ambitious regional agenda of President Recep Tayyip Erdoğan, may be an irritant to Russia but it is far more digestible than broader NATO  engagement.

In an age of US-China great power competition and tensions between the US and European Union member states like France, the West has neither the desire nor the unity for greater involvement in hotspots like the South Caucasus. For now, at least, the region must focus on the neighborhood.