Improved Atmosphere, But Little Progress on Issues The meetings between U.S. Secretary of State Mike Pompeo and Russian officials in Sochi on May 14 did little to narrow the sides’ differences on key issues, but the atmosphere on display showed their commitment to improving the bilateral relationship after months of tension. -Russian Foreign Minister Sergei […] 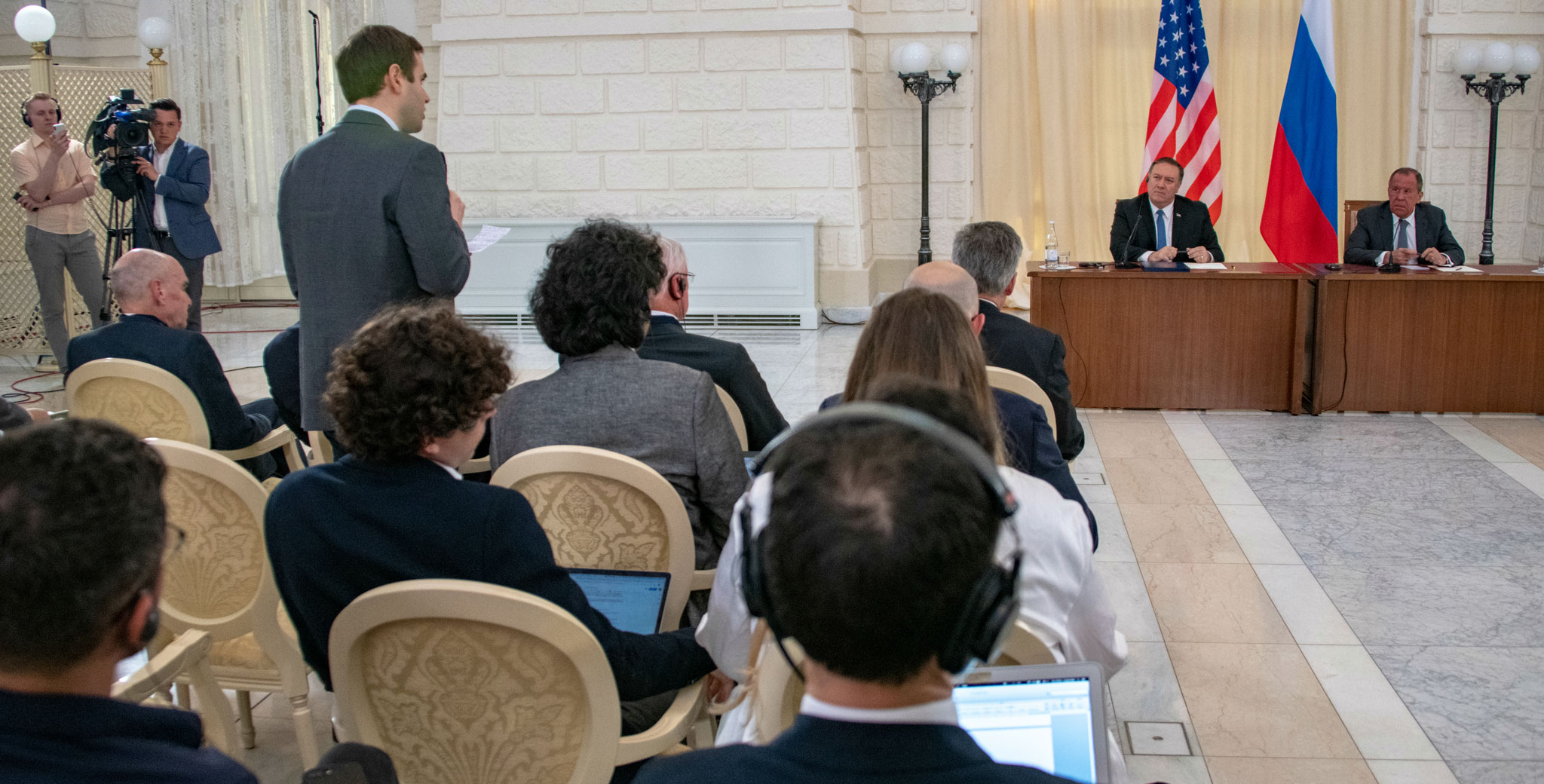 The meetings between U.S. Secretary of State Mike Pompeo and Russian officials in Sochi on May 14 did little to narrow the sides’ differences on key issues, but the atmosphere on display showed their commitment to improving the bilateral relationship after months of tension.

-In response to U.S. calls for Russia to withdraw its support for embattled Venezuelan dictator Nicolas Maduro, Lavrov lectured the press about the U.S. record on regime change.

-Discussions of the Russian invasion of Ukraine were less prominent than in the past, though Pompeo urged the Kremlin to reach out to President-elect Zelenskiy to break the “stalemate” in the conflict.

-Pompeo described his conversation with President Putin on Syria as “productive.”

-Pompeo and Lavrov also discussed the situation in the Middle East—especially U.S. tensions with Iran—where Moscow is one of the sponsors of the nuclear deal.

Pompeo had flown to Sochi after a surprise detour to Brussels, where he tried to persuade European leaders uneasy about the U.S. approach to Tehran to side with Washington on the standoff with Iran.

Before his meeting with Pompeo began, President Putin noted his recent telephone call with President Trump and said he hoped that, despite the two countries disagreements, the conditions now exist to fully restore relations now that the Mueller investigation is completed. But the Kremlin has other motives as well. Russian leaders no doubt have noted Trump’s personal regard for Putin and probably are seeking to project a conciliatory tone to encourages differences between the U.S. President and his policy team, which the Kremlin long has regarded as too hardline. Russian leaders no doubt also have calculated that projecting an air of reasonableness on Iran will foster misgivings among Washington’s allies about the sagacity of the U.S. course toward that country. Even without a thaw, however, the fact of the Pompeo visit achieves a central Kremlin foreign policy goal: to be taken seriously as a great power on par with the United States that must be consulted on key global issues.

In their private conversations Putin told Pompeo, according to Kremlin spokesman Peskov, that the United States cannot impose sanctions against Russia at the same time as it asks Moscow to do something that would help the United States in the international arena.  For the moment at least, this seems to be the thrust of the Kremlin’s gambit to get out from under the sanctions regime imposed on Russian leaders for their aggression in Ukraine and interference in the U.S. elections.  The approach’s prospects for success will be evident soon, both in the more intensified diplomatic activity likely to be a result of this week’s discussions and as the result of an expected meeting summit between Trump and Putin in June on the margins of the G20 in Japan.