In a unique territorial configuration, the NATO alliance surrounds an area in Europe that may become increasingly unstable. NATO envelops four of the states that emerged from the former Yugoslavia—Bosnia-Herzegovina, Kosova, Macedonia, and Serbia—but which have no immediate prospect of NATO entry. In the worst-case scenario, conflicts within and between these states could entangle nearby […] 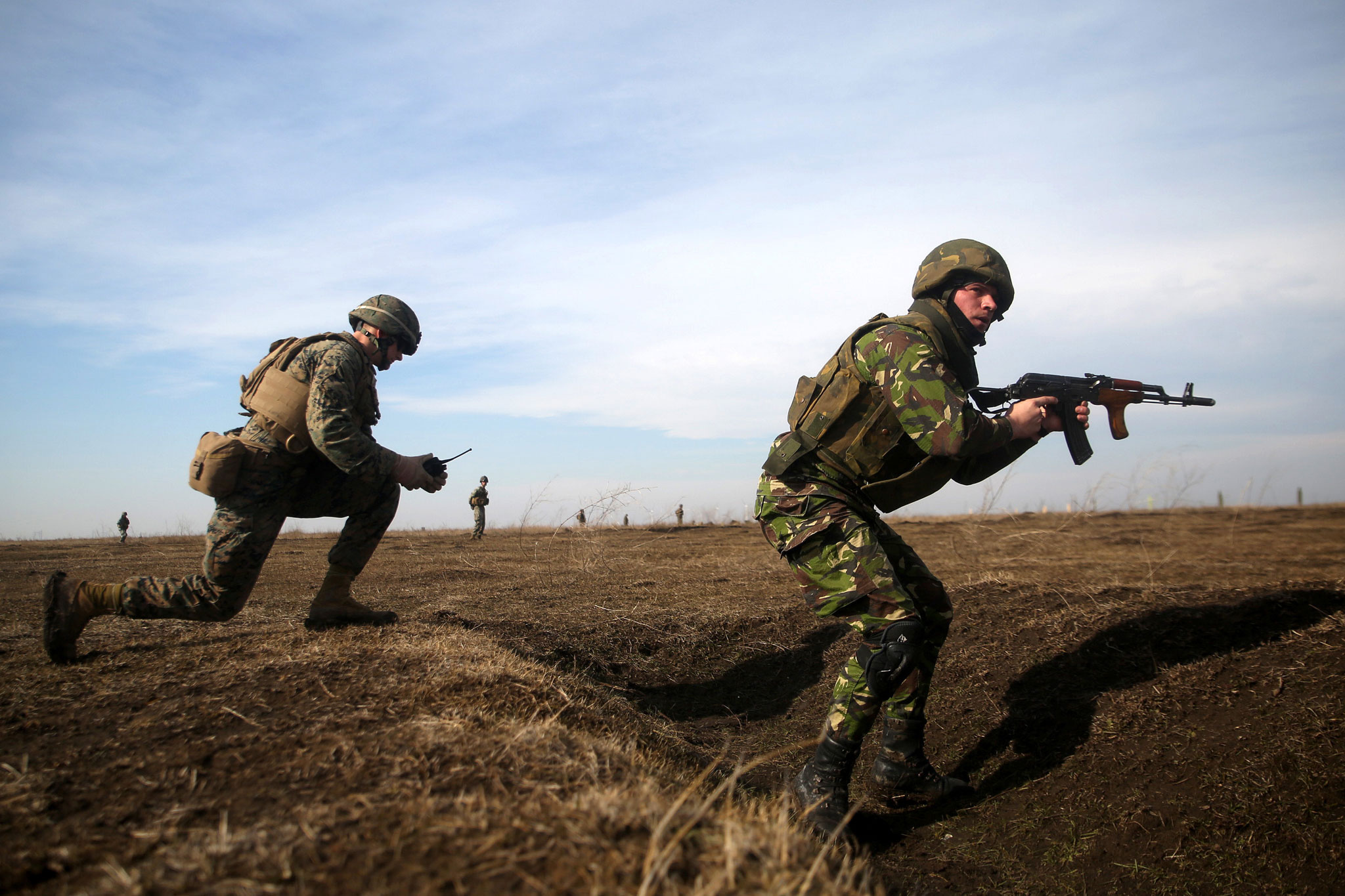 In a unique territorial configuration, the NATO alliance surrounds an area in Europe that may become increasingly unstable.

NATO envelops four of the states that emerged from the former Yugoslavia—Bosnia-Herzegovina, Kosova, Macedonia, and Serbia—but which have no immediate prospect of NATO entry. In the worst-case scenario, conflicts within and between these states could entangle nearby alliance members.

In conditions of economic stagnation, popular frustration, nationalist manipulation, and limited inter-ethnic reconciliation, at least three potential flashpoints have emerged. Bosnia-Herzegovina remains the primary danger, where the risks can rapidly spiral out of control. Republika Srpska (RS) President Milorad Dodik may not fully realize that he is playing with fire when he proposes referenda on separation or increases his dependence on Moscow. Bosniak Muslim reactions should not be underestimated, and even delayed revenge attacks for the attempted genocide in the 1990s cannot be discounted.

But Bosnia-Herzegovina could implode even without a provocative political decision by the RS. Conflict might be triggered by a violent act such as a political assassination or a terrorist attack. This could become a pretext for the Serb entity to withdraw from all state institutions in Sarajevo, declare statehood, and construct a hard border across the country. Moreover, the creation of paramilitary forces by Banja Luka will simply encourage similar moves among Bosniak Muslims and Croats. The EU may warn against armed conflict, but its EUFOR peacekeeping mission lacks sufficient deterrents to prevent it, while any NATO intervention could be significantly delayed.

In the worst-case scenario, armed clashes between Serb and Bosniak paramilitaries may escalate and draw Croats into the fighting. The political vacuum would provide an opening to declare Croatian autonomy. Croatia and Serbia could not afford to stand on the sidelines during the growing crisis as their kin across the borders are being killed or expelled. If Bosnia starts to crumble, military intervention by Zagreb and Belgrade would become almost inevitable, with an enormous risk of clashes between the two neighbors.

At this point, NATO would have to honor its Article 5 pledge to Croatia, while Moscow would not want to lose credibility by remaining neutral. Having assisted Dodik in creating a paramilitary force and fearing that Serbia could suffer a military defeat, the Kremlin would likely intervene with assorted “specialists” and “volunteers” relocated from Russia, Ukraine, or Syria. This would raise the prospects for clashes between NATO and Russian forces.

A second crisis scenario could embroil Serbia and NATO’s newest member, Montenegro. By using every opportunity to incite conflict, Moscow may seek to demonstrate that even NATO accession does not guarantee security. The attempted October 2016 coup in Podgorica, organized by Russian military intelligence, was intended to demonstrate that Moscow can use radical Serbian nationalists against incumbent governments. Aimed at destabilizing Montenegro, the coup also delivered a strong message to Belgrade that it needs to comply with Russia’s international objectives or face a potential overthrow of the Vucic government. Russian officials have no enduring loyalties toward their Serbian counterparts but exploit the latter’s economic and political needs to further the Kremlin’s anti-Atlanticist agenda.

An assassination or coup in Belgrade would further damage relations with all of Serbia’s neighbors and increase pressure on Bosnia-Herzegovina, Kosova, and Montenegro in particular. An assertive pro-Moscow administration in Belgrade may jettison its EU aspirations and even stage provocations to entangle bordering states in the region’s instabilities. Just as the Kremlin is testing NATO commitments toward the three Baltic countries, Serbia could be used as a vehicle by Moscow to test the alliance’s commitments in defending Croatia and Montenegro.

A third potential conflict revolves around Macedonia, sandwiched between three NATO members—Albania, Greece, and Bulgaria. The country could be consumed in an internal conflict if it continues to be excluded from both NATO and EU membership because of the Greek veto over its official name. There is renewed hope that the dispute between Athens and Skopje can be resolved by the two current governments, which seem willing to reach a deal under international mediation. Nonetheless, Macedonia faces two potential dangers, as nationalist fervor can escalate whatever the outcome of the talks.

If there is no agreement on Macedonia’s name, inter-ethnic tensions between Macedonians and Albanians are likely to intensify over the country’s international exclusion. Conversely, if any agreement is viewed as undermining Macedonian identity, then radicalization could also accelerate and target domestic and foreign scapegoats. An internal conflict in Macedonia could also draw in several neighbors including Serbia, Albania, and Bulgaria.

In an ideal scenario, all Balkan countries would move steadily toward NATO membership and gain national security guarantees. But given all the impediments to accession, NATO leaders cannot assume that armed conflicts in Southeastern Europe have been consigned to history. In addition to expanding the scope and frequency of its “immediate response” exercises in the region, NATO needs to prepare contingency plans for an assortment of potential combat and peacemaking operations inside its unstable central flank.