The EU has agreed on its much anticipated DMA, designed to corral Big Tech. But it's hard to tell whether the new rules will hit their target. 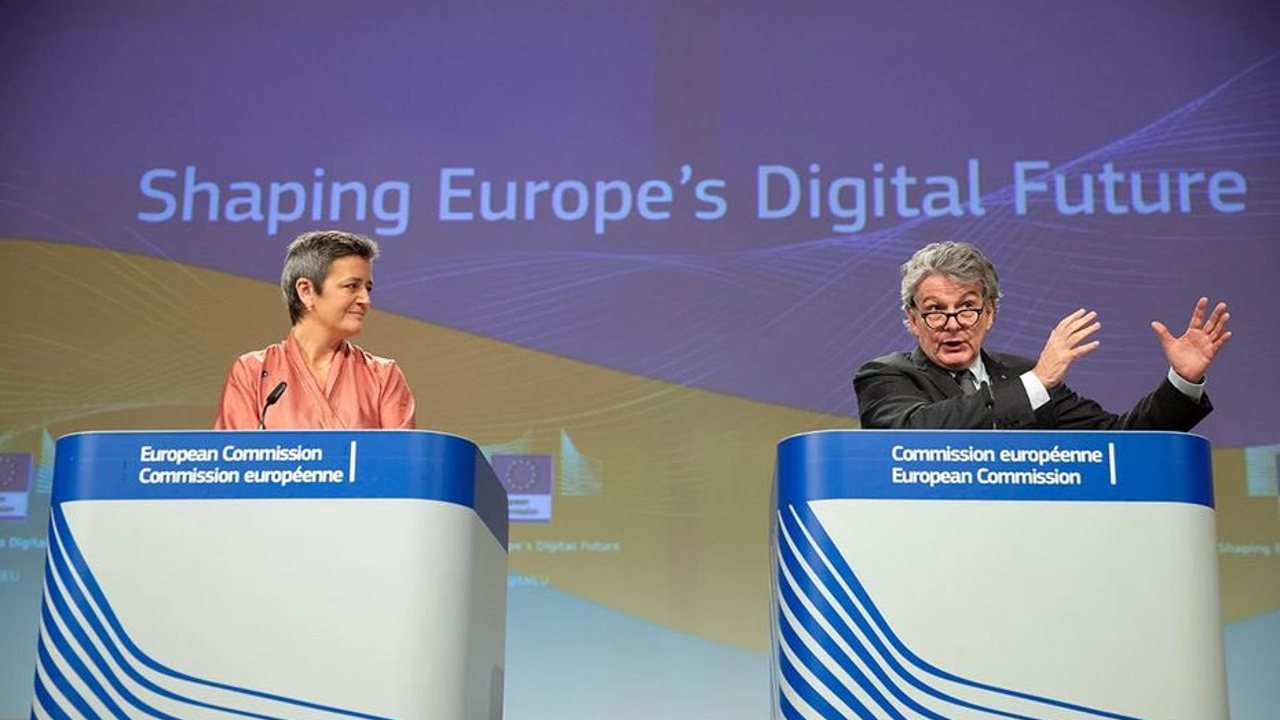 “Europe has put its foot down,” said Thierry Breton, the European Commissioner in announcing the agreement on the bill. “We are putting an end to the so-called Wild West dominating our information space.”

Wild Bill hit his target. It’s far from sure, however, that Wild Thierry will have such good aim. While Europe has moved much faster than the US to rope in so-called digital gatekeepers, the new bill’s impact remains unclear, both on its largely American targets and on the digital transatlantic relationship. Will it end Google, Apple, Amazon, and Facebook’s dominance? What will change for consumers? And will Washington remain silent?

So far, these questions remain unanswered. No text of the ballyhooed new legislation has been published. A “first consolidated version” will only be drafted by April 7, with the objective being to publish on April 25. Without being able to see the specifics, or see how they are enforced, it’s impossible to reach a definitive judgment about the DMA’s impact.

Start with scope. For months, European parliamentarians and governments have squabbled over whether the new law should apply only to a few large American companies or additional European and Asian companies. The resulting compromise includes companies with an annual turnover of €6.5 billion in Europe and a global market capitalization of €75 billion. While this no doubt includes Google and its Silicon Valley cousins, it could also end up taking in Dutch-American travel giant Booking.com and China’s Alibaba and Tik Tok.

The law sets out a series of 20 dos and don’ts for the gatekeepers. They cannot favor their own content over similar content from third parties. They cannot stop consumers from linking to businesses outside their platforms; Spotify, Epic Games, and others will be able to avoid Apple’s 30 percent commission in the App store. Amazon will be unable to use data collected from third-party sellers to offer competing products.  At the same time, gatekeepers must loosen their control over their platforms, offering consumers a choice of which products to use when opening a search engine, virtual assistant, or browser.

And yet, it remains unclear how regulators will interpret these provisions. Search for the results of one’s favorite sports team and Google offers a one-box, containing the game’s score, line-up, news items, and even a button to join a broadcast. Will the ban on self-preferencing really mean that Google will have to link with separate sports information providers rather than assemble the information itself? No one knows, but it’s hard to imagine that regulators will want to move back to the beginning of the century when search engines only provided ten links.

Or take another example – interoperability. Under the DMA, Telegram users should be able to connect to What’s App and other messaging apps. Should What’s App users be able to send messages to Telegram or should the connection go only in one direction? Technically, how will the new system work? And how will it be possible to retain encryption if the messaging apps become interoperable? The regulators so far have not provided clear instructions.

While the final DMA text should offer some clues, the real answers will be only clear once the new law goes into effect and is enforced. Few fines followed the EU’s last landmark legislation, the General Data Protection Regulation, as national authorities in Luxembourg and Ireland lacked the resources to investigate the giant companies that chose their country to build European headquarters. For the DMA, the European Commission will lead enforcement and it’s possible that the tech companies will have to pay it to hire scores of new Brussels-based investigators.

Even so, the deep-pocked gatekeepers are sure to mount court challenges. They will be able to pay legions of lawyers to produce reams of legal documents assuring that they are compliant with the new rules – all while regulators struggle to understand the complicated technologies under review.

A final wild card is Washington’s reaction. While both Republicans and Democrats have raised similar concerns about Big Tech’s powers as Europeans, they have passed no laws. The Biden Administration has appointed Big Tech critics Lina Khan and Jonathan Kantor to lead antitrust action – but few new cases have been brought to court.

In drafting the DMA, Europe brushed aside late protests of anti-American discrimination from the Biden Administration. When President Biden visited Brussels in March, he preferred to signal the resurgence of the transatlantic alliance faced with Russia’s attack on Ukraine. He even signed a political agreement over transatlantic data flows.

No mention was made of the DMA. Unless that changes, Big Tech could be on its own against Europe’s regulatory gunslingers. From this perspective, Silicon Valley must hope that Wild Thierry and the European Commission will prove to be worse shots than Wild Bill Hickok.