Lukashenka Makes a Weapon of the World’s Poor

Aliaksandr Lukashenka is shipping developing world migrants to the borders of his EU enemies. 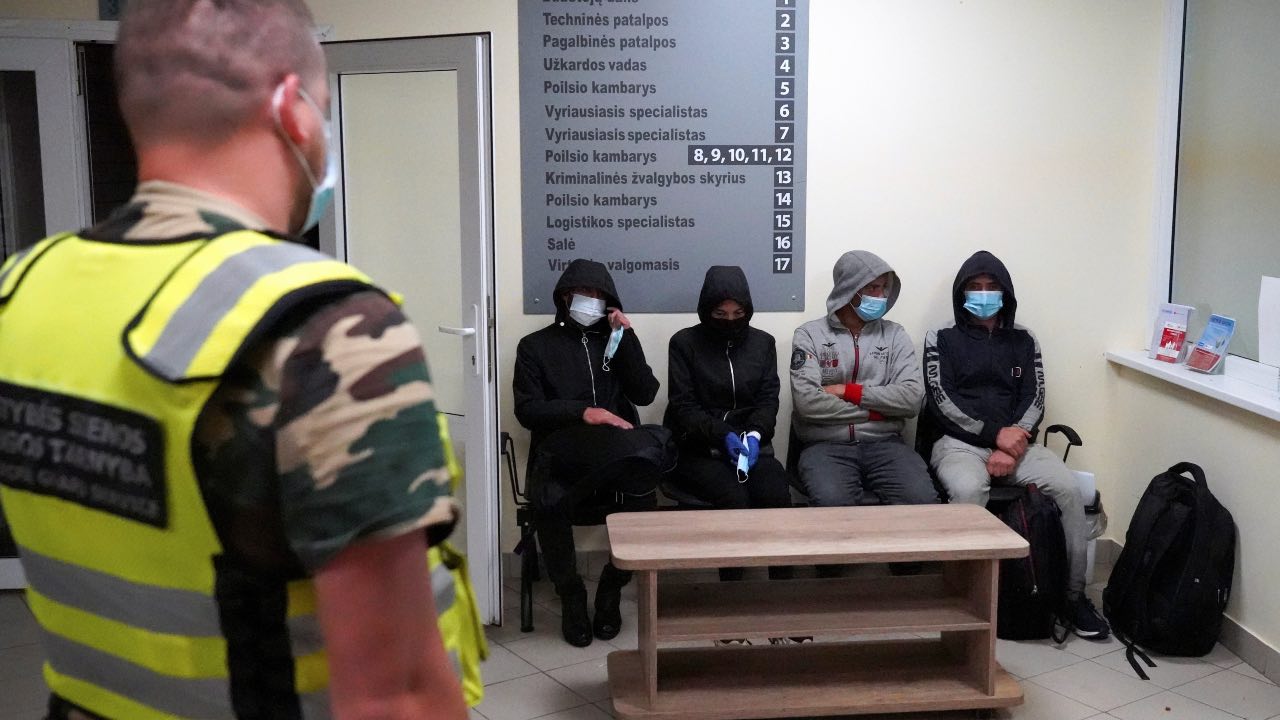 Furious about the EU sanctions yet unable to reciprocate in a comparable way, the Lukashenka regime has come up with alternative forms of retaliation. For example, in March, the authorities cracked down on the Polish minority in Belarus, closing down Polish language schools and arresting members of Polish NGOs. Eventually, the regime forced some Polish activists into exile.

Next, the authorities targeted Lithuania, the EU member state hosting most of the regime’s exiled political opponents, including the leader of the Belarusian opposition, Sviatlana Tsikhanouskaya — the woman who can fairly be regarded as the winner of last year’s presidential election. Lithuania has given vocal support for Belarus’s pro-democracy movement in the international arena and was one of the first countries to adopt comprehensive sanctions against Lukashenka’s regime.

The regime has chosen to use illegal migration as a weapon. Lithuania shares a 679km (422 miles) border with Belarus, and since the beginning of the year, has seen a nearly 30-fold increase in the number of illegal migrants (most of whom are Iraqi citizens), or 2,388 people as of July 22. When Lithuanian National TV and Radio investigated, it found that migrants are “trafficked” into Belarus with the help of Belarusian tourist agencies and other intermediaries. The refugees are allegedly assisted with Belarusian visas and air tickets, checking into a Minsk hotel, and then being transported to the Lithuanian border, where they are even instructed on what to do and to say. It is unclear who funds these schemes.

Lukashenka did not try to hide his true intentions. He reiterated that because the EU sanctions are “stifling the Belarusian people,” Belarus would no longer be providing security for the EU border — if Lithuania wanted help, it should pay Belarus. In an open attempt at blackmail, Lukashenka alluded to the millions of euros that Belarus has received in the past from the European Union to enhance border security. Last fall, in response to the increasing political repression, the EU decided to re-direct the funds from government projects to civil society instead. Belarus shares a 1,250km border with the EU and joint projects to improve control and build and equip frontier posts have been financed almost entirely by the EU.

These tactics are hybrid warfare by the Lukashenka regime. Russia has also done this. For example, in 2016, there was a refugee crisis at the Finish border, though the numbers of illegal migrants were smaller than in the present case with Lithuania. During the 2018 World Cup held in Russia, there were cases of Moroccan, Nigerian, and Chinese asylum seekers trying to enter Finland and Norway on World Cup IDs. Some asylum seekers also tried to cross the Finland-Russian border to enter the EU during the migrant crisis in 2015.

Apart from retaliation against the West, this tactic may serve another, domestic goal: to provoke an escalation in the relationship with the EU and perhaps even engineer military activity along the Lithuanian border, presenting it as an aggression against Belarus. The goal would be to persuade Belarusians of the EU’s hostile intentions. The Belarusian authorities repeatedly talk about the hybrid war that the West reportedly unleashed against Belarus by refusing to recognize Lukashenka as the legitimate president and imposing sanctions against the regime. Whilst it is much harder to explain a hybrid war to ordinary people and public officials alike, “real” military deployments could become a propaganda tool with a far greater impact.

Lukashenka noted that the increase in illegal migrant flow to the EU “had been largely provoked by the policy of some EU states.” He also called Europeans “fascists” and accused them of physically harming the migrants. In particular, he told a story of 26 migrants, who were reportedly beaten at the Lithuanian border, with passports “torn apart and trampled upon,” and then “kicked out back to Belarus.” The following day, the Telegram channel of a state-owned media outlet displayed what was described as the medical records of two persons with Arabic names stating bruises but dated a month before — other discrepancies were also found by Belarusian independent media.

Lukashenka then warned that the alleged “beatings” and “mistreatment” of illegal migrants by the EU was attracting “radical armed Muslims” to Belarus to take revenge. Importantly, he said that it was “only the beginning that [migrants] are flooding [Europe] . . . Then armed people will go there to defend those hurt.” In the latter case, the consequences could be very serious, according to Lukashenka. Quite how far these fantasies might play out is unclear, but it may cause officials in EU states to worry about the distribution of firearms. The risks of the escalation of the migration crisis are rising.

The EU has responded to the illegal immigration by sending Frontex staff to the border, in solidarity. States, like Hungary and Austria, which still want to keep links open to the regime, are keeping quiet. The Lukashenka regime’s behavior has unified the EU’s approach to the country. Lukashenka is burning his boats and removing all strategic options other than ever-closer ties to Russia. If intended to soften the EU’s commitment to sanctions, the tactic has completely failed.