The Pandemic and Germany’s Highest Court Are Highlighting the EU’s Underlying Weaknesses Start with some basic propositions. The European Union has come to constitute a polis, a political entity, with its own legal, constitutional order. It insists on being democratic, but it has no demos and only very weak accountability, hence its legitimacy is contingent […] 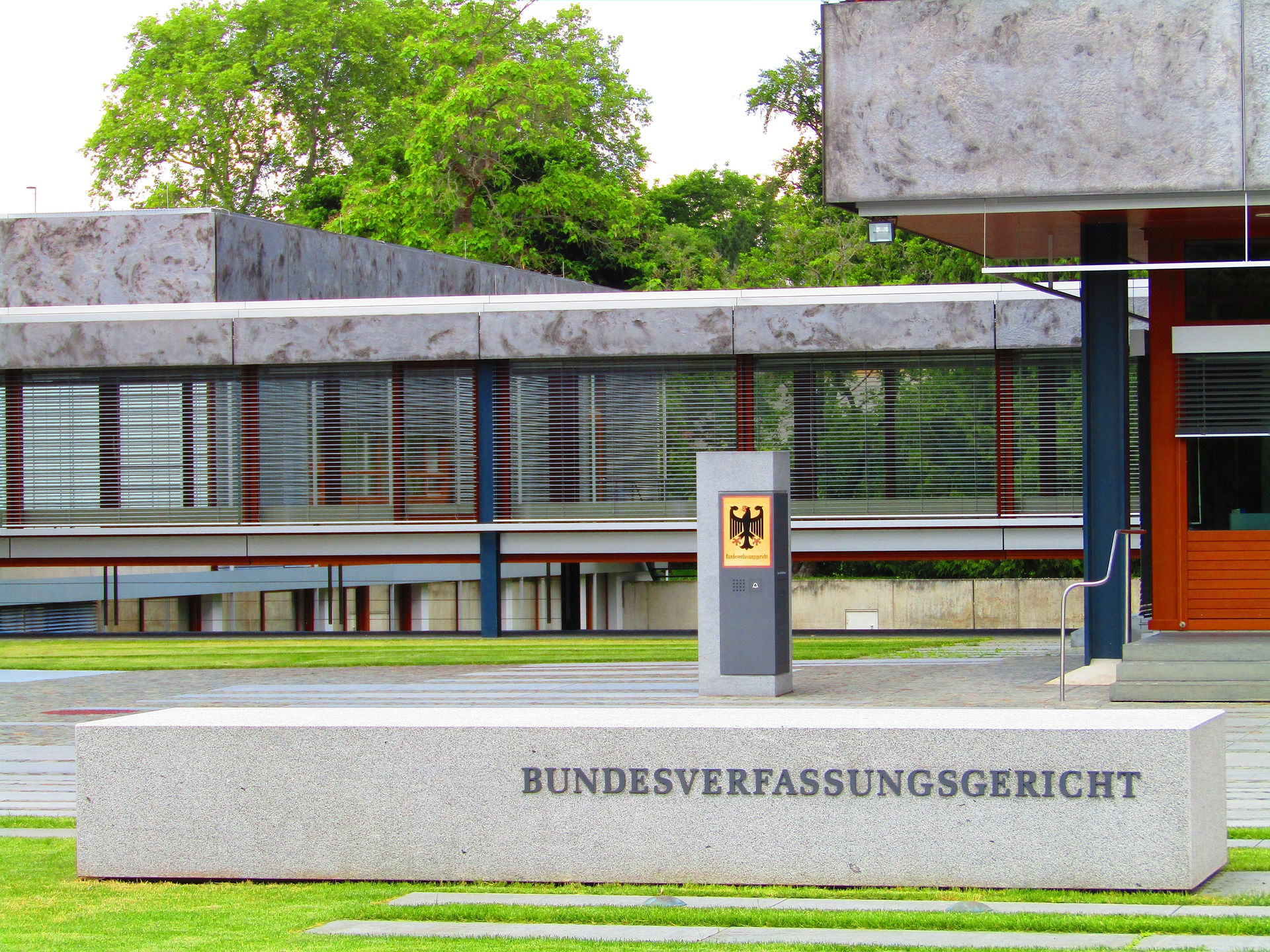 Start with some basic propositions. The European Union has come to constitute a polis, a political entity, with its own legal, constitutional order. It insists on being democratic, but it has no demos and only very weak accountability, hence its legitimacy is contingent on performance. This does exist, but weak accountability makes it questionable whether or not the entirety of accumulated power is legitimate.

In any and every system of power the buck stops somewhere, with final — sovereign in Carl Schmitt’s definition — decision-making power. In the EU a gap is growing between the formal and real sovereign. The formal sovereign is the member states through amendment of the Treaty. But this has become so hard to initiate, let alone complete, that power polis has shifted to a de facto alliance of the federalist majority in the European Parliament, the Commission with its monopoly of legislative initiative and the European Court in Luxembourg (the EUCJ), the ultimate arbiter on all EU legislative matters. Over 90 percent of the cases brought before the court are decided in favor of the integralists.

EUCJ decisions cannot be appealed. They can be overturned only by treaty change. The member states, through the Council, give political input, but an asymmetry has emerged. The other three institutions are all committed to enlarging the EU’s power. The member states have their own agendas, above all control of integration strategies.

While the EU insists on its democratic credentials, the resulting accumulation of power is often rational and effective (e.g. food safety), but not subject to accountability from below.

This is a gap in the circular model of power, in which it flows from people to legislatures to governments, renewed by elections, all adjudicated by an autonomous and constitutionally regulated judiciary. Two tacit assumptions underlie this model: legal-rationality and self-limitation. They imply a kind of promise. Elites will not abuse the power conditionally entrusted to them by the people.

We know that in the real world, power is, in fact, abused, hence the need for procedures and accountability. If the circulation of power slows or ceases, the outcome is a blockage. This can be ended, ideally by new inputs from among the systemic actors, i.e. the electorate or a referendum, or by mass movement or external pressure. Brexit illustrates this well.

The problem of the EU from this perspective involves issues of constitutional politics, questions of where the legitimacy and power of the EU end, how to respond to the citizens, and how to solve conflicts between the constitutionality of the EU and that of the member states. To some extent, this is mirrored in several states in Europe, when elites and higher social strata are driven by an overarching goal (securing their rule) and are inclined to ignore or dismiss criticism and countervailing forces as hostile (“populism”).

The concentration of power in the EU makes it increasingly important to identify unblocking mechanisms. The departure from the EU of a major member state (and integration-skeptic), the United Kingdom, has had, if anything, the contrary effect, that of encouraging those who support the concentration of power. Brexit has also encouraged some eurocritical forces, by showing that the electorate can effect change in the teeth of elite hegemony.

Moreover, the effects and after-effects of the coronavirus pandemic are causing social, economic, financial, and political upheaval in Europe and elsewhere. The extent and depth may be unknown, but all upheavals involve power struggles, with old and new actors looking to exploit the situation. Despite its accumulation of power the EU responded with dilatoriness, stoking Euroscepticism, most strikingly in Italy, while eurofederalists have seized the opportunity to focus on Hungary’s emergency powers with an immense verbal offensive. The outcome of these contrary trends is, as yet, unclear.

Much clearer is the May 5 decision by the German constitutional court, the Bundesverfassungsgericht (Karlsruhe for short) to declare that an EU economic package, approved by the EUCJ, exceeded the competence of that court.

Three key concepts in current constitutional thinking are relevant to the Karlsruhe story. The first is the doctrine of ultra vires, well recognized by English and Scots law, that a judicial decision can be voided if the court lacked the necessary legal competence. Second is the eternity clause. Seldom invoked in Anglo-Saxon jurisprudence, it declares that certain basic provisions in a written constitution are unalterable, other than by a revolution. Generally these clauses cover a democratic and/or republican form of government.

Countries including Germany, France, Italy, Spain, Greece, and the Czech Republic (aka Czechia) all have these provisions. Whether or not the EUCJ can override an eternity clause has not been tested, but the testing is conceivable if EU legislation comes into conflict with a member state’s eternity clause. Further, it is impossible to say who has the last word on this clause. Is it the affected state’s constitutional court or the EUCJ? Constitutional identity is in many ways the most contested and (for now) least developed of the three. It claims that certain provisions of a member state constitution transcend EU legislation and cannot be modified by European legal power.

The ultra vires proposition raises a key issue. Can there exist a democratic legal order where the ultimate arbiter, the EUCJ in this instance, is not subject to ultra vires or, to put it another way, to some kind of accountability? The president of the EUCJ, Koen Lenaerts, has stated (since the Karlsruhe decision) that his answer is that, yes, it can and does. Karlsruhe says no. Although Lenaerts added that there will be no judges’ war (“guerre des juges”), it’s hard to agree with him. Besides, Karlsruhe was not the first constitutional court to rely on ultra vires to challenge the EUCJ; Denmark and the Czech Republic have also done so.

Relying on legal provision to reach political objectives, as the EU has been doing, not only politicizes the law by putting it beyond the reach of political action (like an election). It crosses the threshold of member state constitutionality. Any “judges’ war” will be conducted through dense legal language, difficult to translate into democratic debate. Eurofederalists will do “whatever it takes” to discredit their opponents. As Orwell might have written: “Rule by EU judges good — rule by member-state judges bad.” That may suit the polis. But it will go down badly with the demos.

György Schöpflin is a former MEP and member of Fidesz, the governing party in Hungary. He was Jean Monnet Professor of Politics at University College London and is currently a senior research fellow at the Institute of Advanced Studies Kőszeg (Hungary).

Photo: By Udo Pohlmann from Pixabay.